Urgent clarity sought on the reopening of Bangor High Street.

Plaid Cymru Member of the Westminster Parliament for Arfon Hywel Williams and Member of the Senedd Siân Gwenllian have called for an urgent progress update on work to reopen Bangor High Street, eight months after it was closed to traffic following a devastating fire. 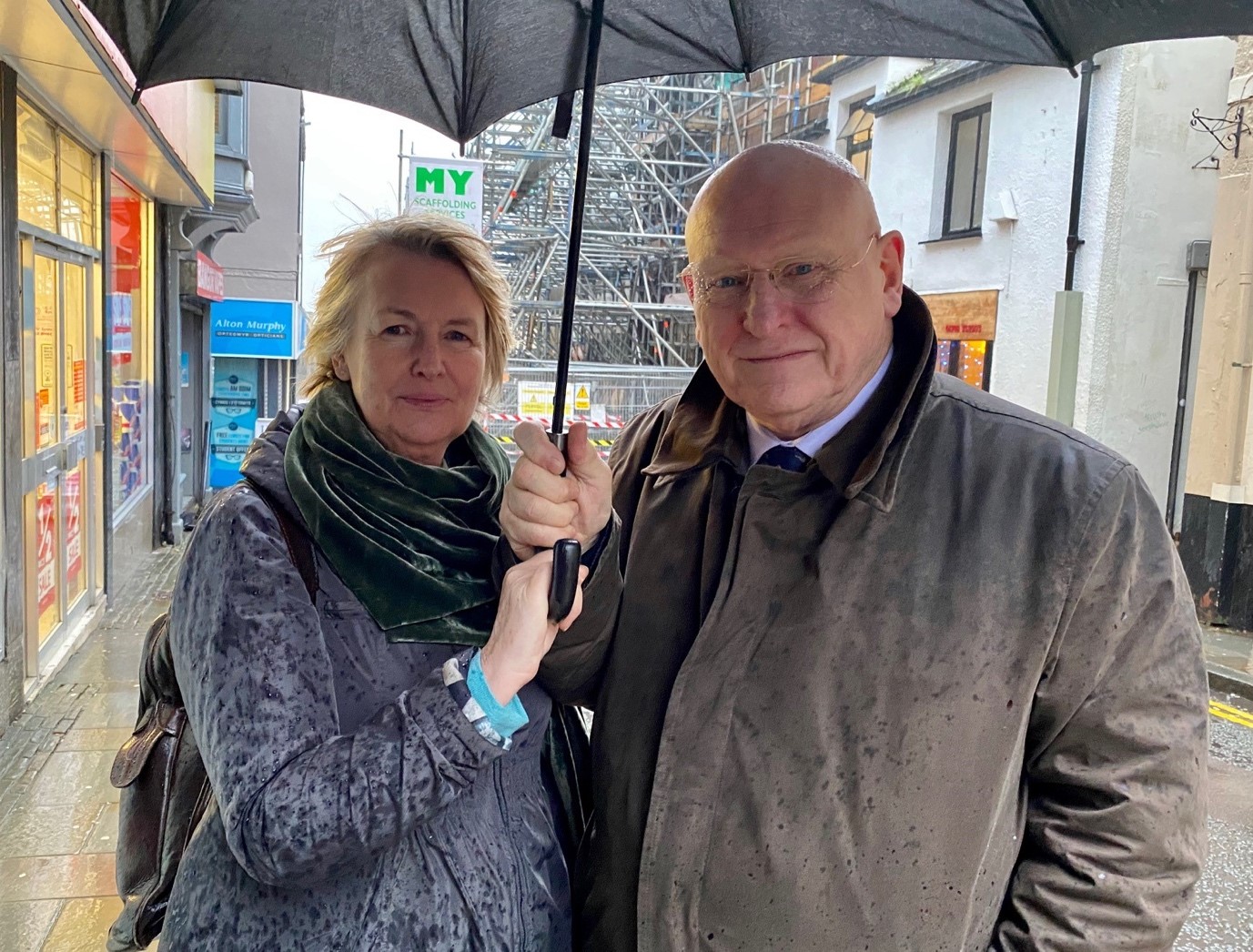 Concerns have been voiced about the slow progress of the work program as the road through the upper part of the high street looks set to remain closed for the foreseeable future.
Hywel Williams MP and Sian Gwenllian MS said,
‘Eight months have now passed since Bangor high street was closed to vehicles following a devastating fire that led to significant structural damage at the Noodle One restaurant and neighbouring properties, which has been designated unsafe and awaits demolition.’
‘Businesses have dealt with a significant downturn in trade and have had to deal with problems with deliveries accessing premises on the high street, particularly for heavy vehicles. This, before Covid-19 struck and compounded the situation.’
‘Whilst initial measures were put in place to mitigate the impact on local businesses, such as alternative traffic management arrangements, there is by now a palpable sense of frustration within the local community that progress on remedying the situation has stalled.’
'There have been repeated calls for a firm timetable for work to begin on demolishing the affected building so that preparations can be made to reopen the high street as soon as is practically possible so that traders can return to some sort of normality.'
'We understand that the work program for the demolition phase of the work lies outside the remit of Gwynedd Council and is proving to be far more challenging than originally anticipated, no doubt exacerbated by the fallout from Covid-19 public health restrictions.'
'Having discussed the situation with the Mayor of Bangor, who has voiced his own concerns, we appreciate the complexities of this demolition phase of the work as well as the efforts of those involved, but urge the demolition work to begin in earnest and be completed as soon as possible.'
'Our local traders work extremely hard to keep their stores going under normal circumstances. The Covid-19 situation has put extra pressure on retailers which they can ill-afford at this time. What they need now is some certainty and an indication that things are progressing.'
'Bangor high street, with its myriad of small independent shops needs our support now more than ever, and we can all play our part in supporting local traders through this difficult time, albeit safely and whilst adhering to public health guidelines.'
Mayor of Bangor, Councillor John Wyn Williams added,
'Our high street businesses are going through an exceptionally tough time at the moment and they need to know what progress is being made with the demolition work.'
'I hope we can get some much needed clarity so that local businesses and the people of Bangor can be reassured that things are moving forward.'
Do you like this post?
Share Tweet