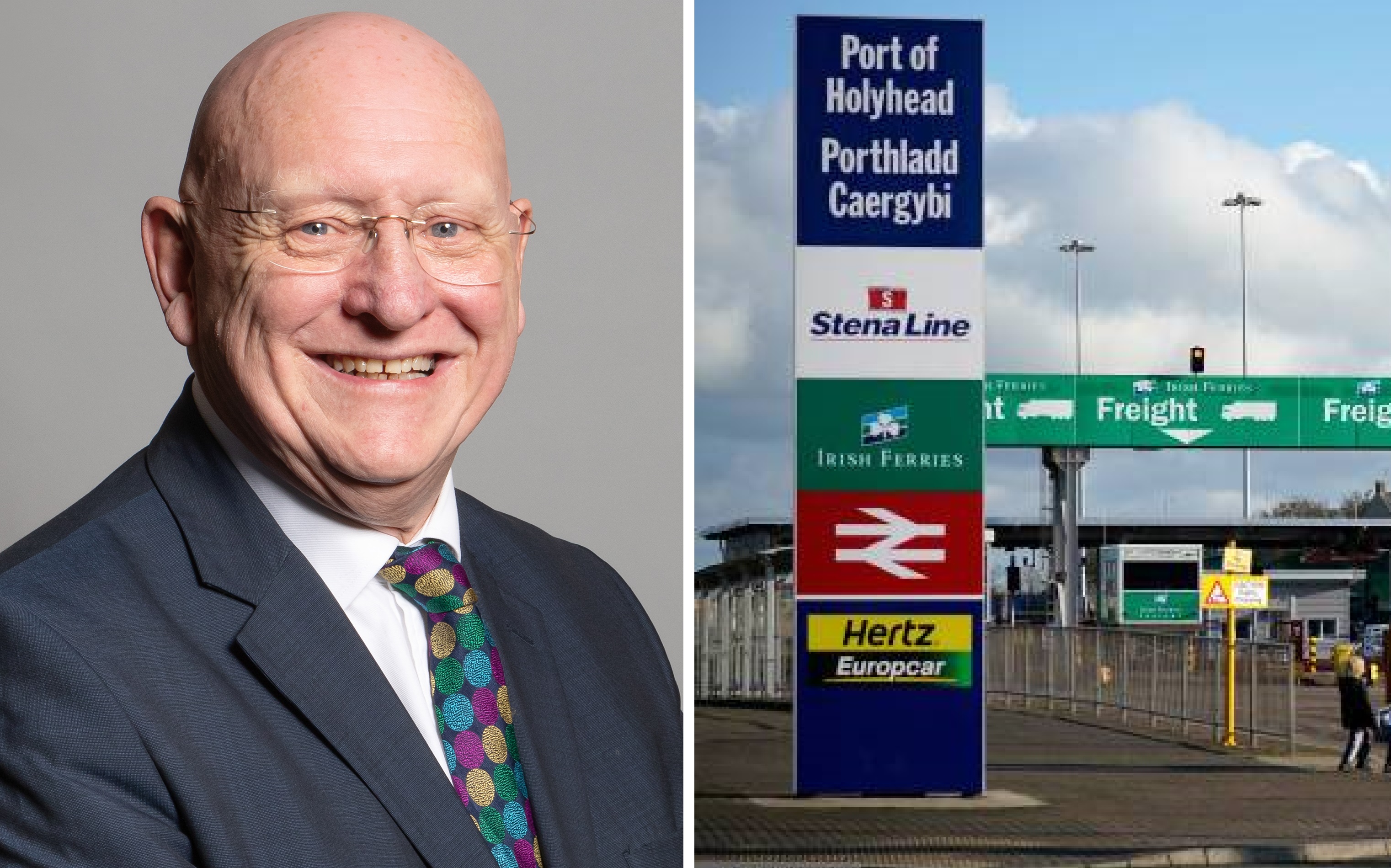 Plaid Cymru Member of Parliament for Arfon Hywel Williams has accused the UK government of throwing the UK’s second busiest roll-on-roll-off ferry port under a bus, as Holyhead is left out from a £17 million Covid-19 aid package.

However, there was no mention of support for the port of Holyhead, which is vital to the economy of north west Wales.

During an exchange with the Chancellor in the House of Commons via video link, Mr Williams said it appeared as if the UK government was waiting for the port of Holyhead to flounder before stepping in.

‘On Friday, the government announced support for ferry services between Northern Ireland, Scotland, and England. The Holyhead to Dublin route was ignored.’

‘A great deal of the Holyhead – Dublin traffic is in fact between Northern Ireland and Great Britain, including the transport of time-sensitive goods such as food and medicine. It is also vital to the economy of north west Wales.’

‘Is the Chancellor waiting for Holyhead, the second busiest roll-on roll-off ferry port in the UK, to fail before stepping in?’

'UK ferry operations and the ports which sustain them have been severely hit by the coronavirus pandemic and Holyhead is no exception.'

‘The route between Holyhead and Dublin is a critical freight link, transporting time-sensitive goods such as food and medicine between Great Britain and Northern Ireland. It is of strategic importance to the north Wales economy.’

‘It is quite unbelievable that the Port of Holyhead has not been included in the UK Government’s support package and I urgently call on the government to redress this injustice.'