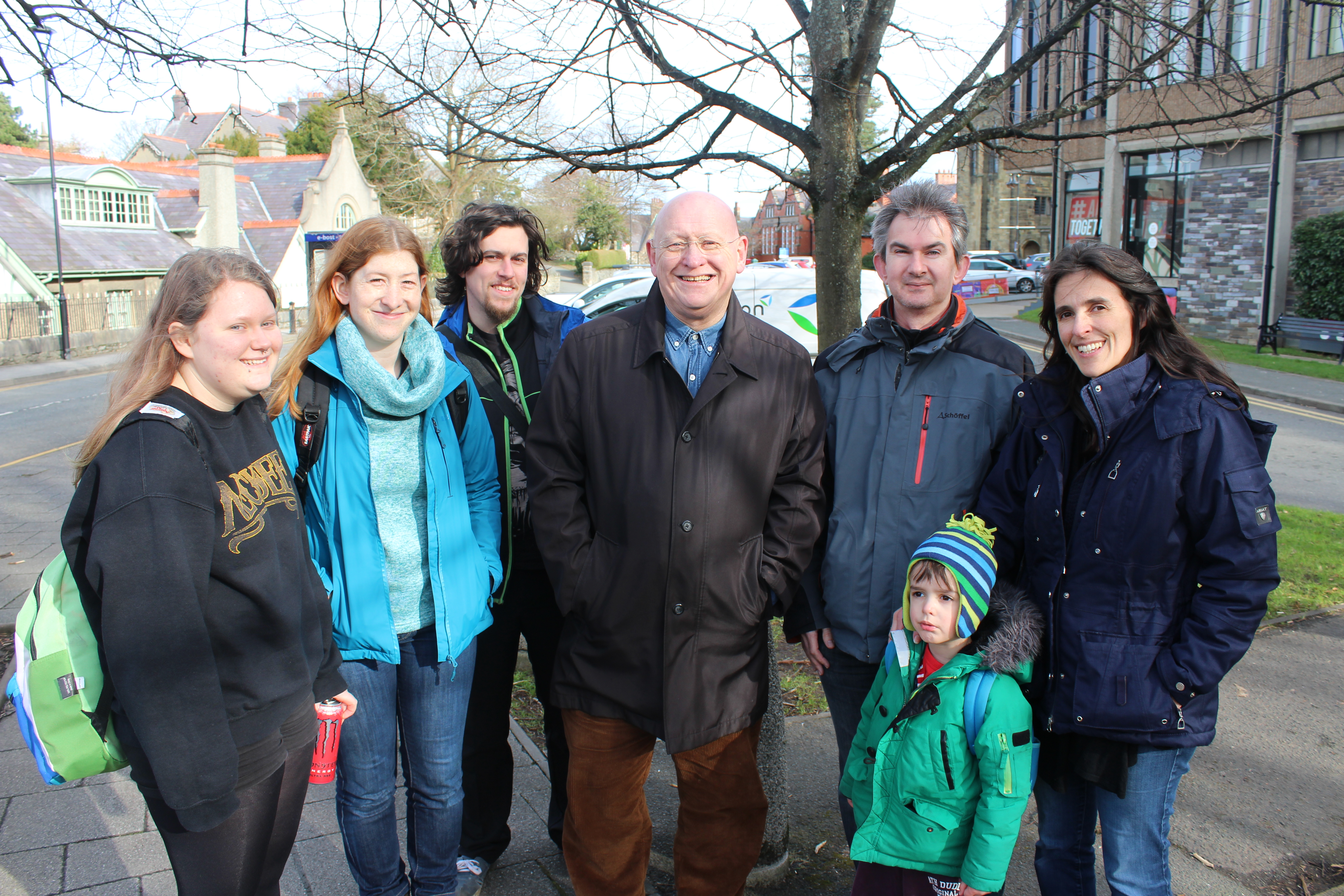 Plaid Cymru Member of Parliament for Arfon Hywel Williams is backing students at Bangor University who are set to protest against drastic cuts to the pension rights of their lecturers.

A nationwide change to the University Superannuation Scheme (USS) would see an average lecturer lose an estimated 20-40% of their retirement benefits (around £9,000 a year) leading to fears that this could have a debilitating effect on morale and retention, and a knock-on effect on students.

Hywel Williams MP, who was formerly on the staff at Bangor is also a member of the All Party Parliamentary Group on Students and Universities who have already expressed concerns about the cuts. He joined students and lecturers at Bangor University today.

The local MP is now voicing serious concerns about the potential hit individual staff members may be forced to take and has warned that Bangor will be disproportionally affected by the cuts compared to universities such as Oxford or Cambridge which will it is believed be relatively unscathed.

To support teaching staff, the University and College Union has stated that fourteen days of escalating strike action will occur nationally in February and March. The first is set to take place next week.

‘The issue of greatest concern for me is the hit that individual staff members may be forced to take and the debilitating effect this blow will have on morale and retention, not to mention the knock-on effect on students.’

‘These cuts will also discriminate by age. Those close to retirement might get off lightly whilst those embarking on a career in lecturing will face uncertainty in retirement.’

‘The potential consequences on staff recruitment and retention at Bangor and other affected Universities is enormous. This is compounded by the disincentive effects of Brexit on EU staff, many of whom are rightly concerned as to what the future holds.’

‘There are already signs that universities are struggling to recruit the excellent calibre of staff that we have become accustomed to.’

‘These cuts will do little to allay those concerns and will serve only to fuel the uncertainty that surrounds the future of higher education following the Brexit vote.’

’Universities are quite properly independent of government. But this matter is so serious that I believe central government must step in, both to provide policy leadership and if needed, the resources required to resolve the crisis.’