Plaid Cymru AM encourages use of Credit Unions 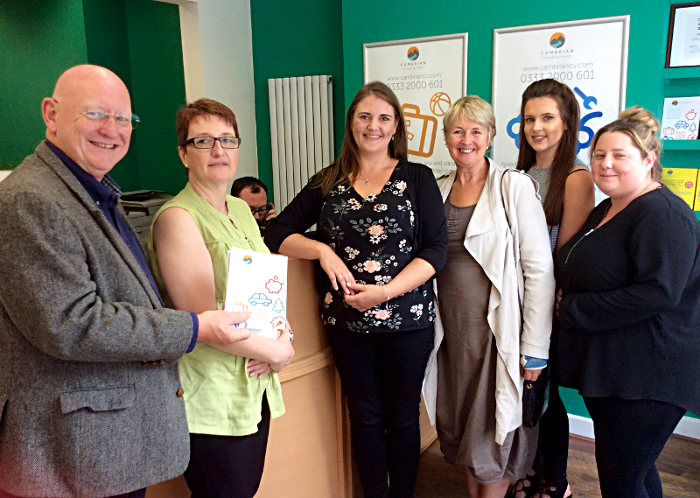 More and more people are becoming increasingly saddled with spiralling debt that they may never be able to pay off, due to them being unable to get credit at affordable rates and falling foul of high interest lenders, says Arfon AM Sian Gwenllian, who is encouraging people to use their local credit unions instead.

“There are many benefits to be had from the availability of credit as it can be used for unexpected costs or for special purchases, or just as a back-up and for a rainy day”, said Sian Gwenllian. “But with the financial pressure of low income or zero-hour jobs; benefit delays and hikes in rent people are turning increasingly to so-called pay-day lenders to cover their basic needs, and the situation is set to worsen when Universal Credit hits.”

The consumer credit market has grown to such an extent over the last thirty or forty years and has become big business, with less scrupulous ‘pay-day lenders’ advertising their wares on television and on social media and offering increasingly predatory financial offers to low income families who are often desperate for quick cash and vulnerable to the seemingly easy money on offer.

This has prompted action by Port Talbot-born Hollywood actor and activist Michael Sheen who is patron of Credit Unions Wales - who launched the End High Cost Credit campaign last month. Sheen has reportedly used a significant amount of his own money to help fund an alliance of credit companies who offer fair deals and acting as lead representative for press, campaigns and public engagement.

“An accusation often levelled at those in credit debt is that if they cannot afford something then they should not buy it, but credit is very often used to purchase items or services that would be considered essential,” said Sian Gwenllian. “For many, gone are the days when credit was used for treats and celebrations. Families use credit for school uniforms and there are many cases of parents with disabled children borrowing money to buy the expensive equipment their child needs for day to day life. There are alternatives however to the predatory pay-day loan merchants, which is good news for many, as going without the option of credit is just not possible for many people today.”

There are 21 credit unions across Wales offering loans at reasonable prices while using the money raised to benefit the local community. There are many compelling reasons for joining a credit union – there are no third-party shareholders demanding profits and the financial products put the customer – not profit – first. There are no hidden costs like set-up fees, administrative charges or early re-payment penalties, and you pay interest on the reducing balance not on the whole initial amount.

Universal Credit, a new benefits system paid in arrears, has been presented to address such problems by encouraging greater personal budgeting and responsibility. But with initial evidence showing Universal Credit leading to more debt, it seems that the program may be more of a problem than a solution.

Debt, rather than being a problem in its own right or a lifestyle choice, is an outcome of not having enough income to cover outgoings – despite the best efforts of the payday loan industry to introduce a positive spin. The demand for a new generation of loans and credit cards and companies such as Cash Converters is driven by a need to pay bills, buy school uniforms, cover the cost of shopping and even housing. Popular images and political rhetoric of feckless, welfare-dependent people frittering money on cigarettes, lager and flat screen televisions has no basis in fact.

Take a look at the Credit Unions of Wales website to find your local union – you can enjoy the benefits of credit without it taking over your life and adversely affecting your health and family relations, which so often happens when debt controls you rather than the other way around.