The mural documents Bethesda’s cultural and industrial past 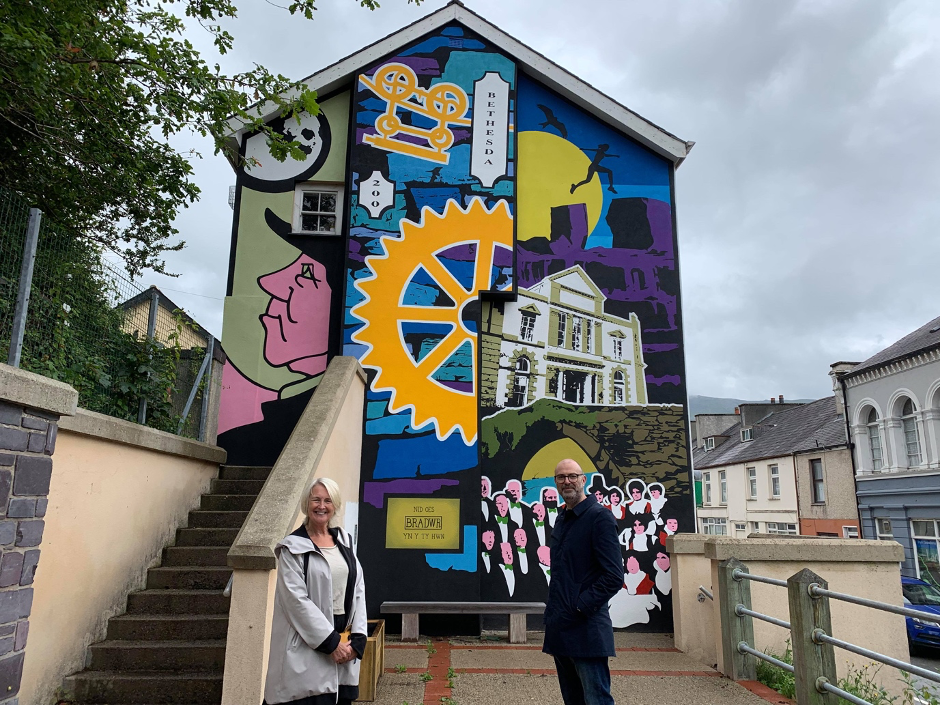 The mural, painted by Darren Evans is part of Bethesda’s Bicentenary celebrations.

The artwork was painted on the side of a building in Tan Twr, Bethesda, and celebrates the community’s cultural and industrial past.

The Bethesda Bicentenary celebrations is Partneriaeth Ogwen's latest community project, which celebrates the 200th anniversary of Capel Bethesda in the town.

The mural was painted following consultations with the local public, and depicts significant parts of Bethesda’s past, including Chwarel Penrhyn’s men’s and women’s choirs.

The mural was funded by the The National Lottery Heritage Fund to conincide with the area’s bid to become an UNESCO World Heritage Site.

Following its recent completion, the mural was visited by Siân Gwenllian, the local Member of the Senedd, accompanied by Cllr. Rheinallt Puw, the councillor for the Ogwen ward on Gwynedd Council.

“Bethesda’s incredible past as a focal point of international industry is something the local area is proud of, and it’s right to see that past recognised and celebrated.

“The mural reminds us of Bethesda’s immense contribution to the world.

“It is a welcomed addition to the centre of Bethesda, and the artwork is striking.”

“I’m very glad that the local population were consulted, and the result is excellent.

“The artwork is prominent, thanks to the efforts of Dyffryn Gwyrdd, who cleared Gardd Tan Twr, the public garden below the wall.

“I hope local residents have an opportunity to pop by and admire the wall.

“I would like to thank all involved in the effort.”