Arfon AM attends launch of charity bus for wheelchair users 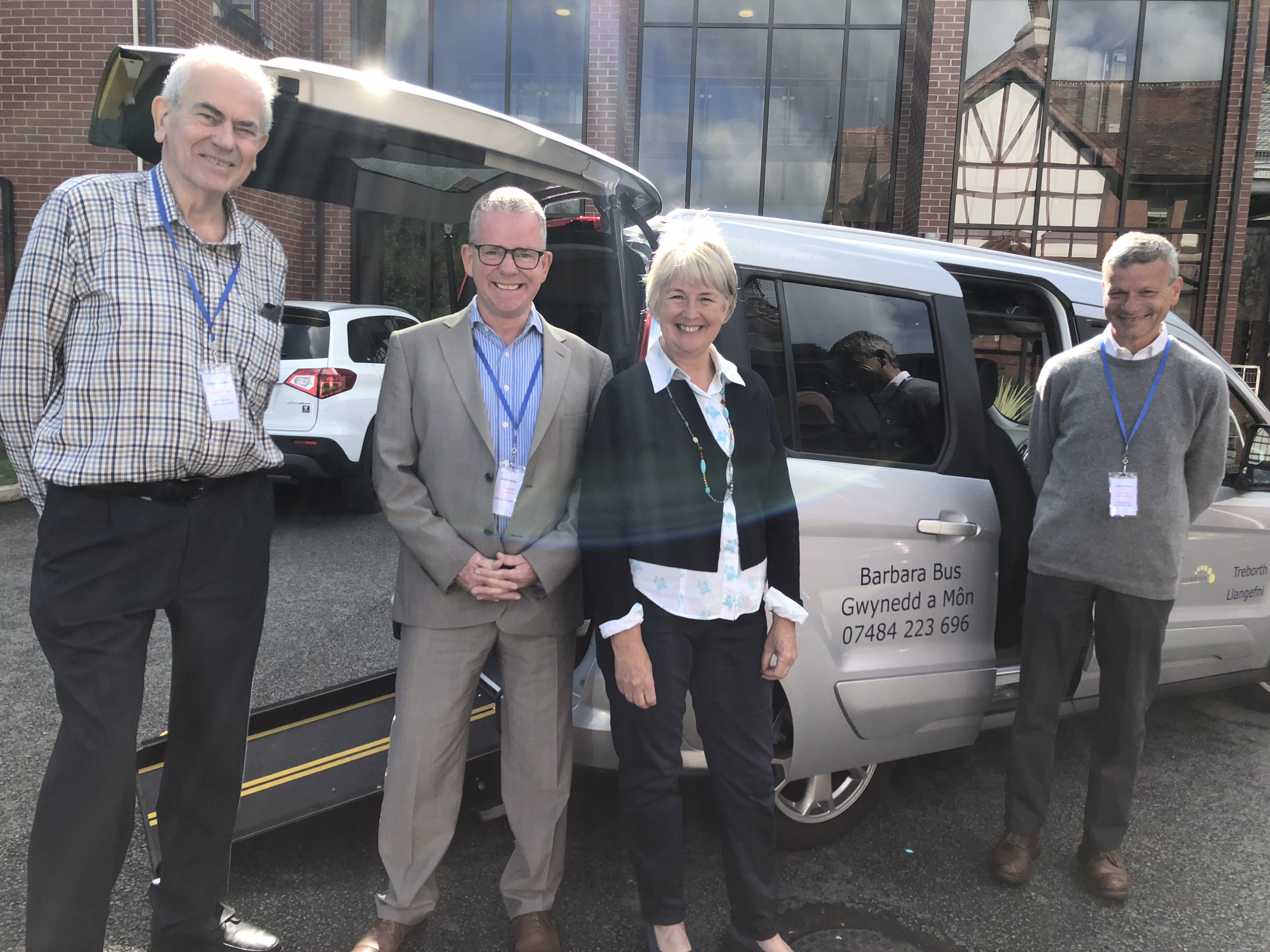 Barbara Bus Gwynedd has opened a new base at Ceris Newydd Nursing Home, Treborth offering an invaluable service to wheelchair users who cannot use public transport and have no other means of getting out and about.

Siân Gwenllian AM attended the launch of the new Arfon service last week and welcomed the fantastic provision that will make a huge difference to people’s lives.

“Elderly people and people of all ages with mobility problems can easily become very isolated when they find themselves unable to do the things that the rest of us take for granted. A simple trip out into town or to a café can be impossible for wheelchair users who don’t have their own transport, so being able to book the Barbara Bus for a day out will be make such a difference.”

Since the Welsh branch of the Barbara Bus charity began nine years ago, it has been helping people who until now could not get out and about without serious difficulty. Barbara Bus Gwynedd allows friends, family or carers to borrow a vehicle specially adapted for wheelchair users for a day, a weekend or even longer, providing the opportunity to attend social occasions, get to medical appointments and even go on holiday in privacy, comfort and safety at reasonable cost.

The Barbara Bus charity is named after a girl called Barbara Werndly who became paralysed after contracting polio at the age of sixteen and spent her entire adult life disabled in hospital. Barbara started the charity at the Royal National Orthopaedic Hospital in Middlesex fifty years ago when she was inspired by the gift of an old van in which she could get out and about with her friends at the wheel.

“Barbara’s is a remarkable story of determination and a desire to improve the lives of people with disabilities. She saw an opportunity and grasped it with both hands which is quite something for a girl her age. I can foresee Barbara Bus being a lifeline for many families in the area, and I’m very pleased that Treborth has been chosen as a base for the new service. All families need to do is get in touch, check the availability of the three buses that are on site, and make their booking.”