“Residents have been patient long enough!”

Homeowners who took part in a Welsh Government scheme in four villages in Arfon have suffered enough. 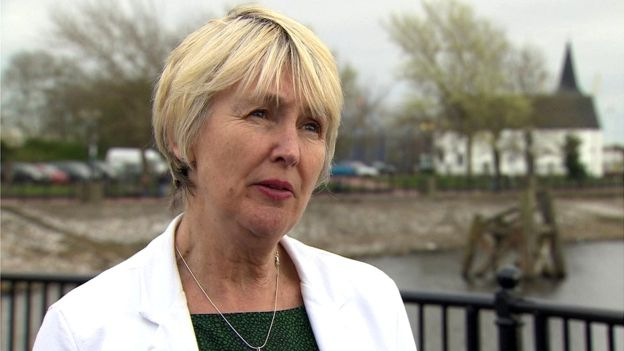 Siân Gwenllian MS who represents Arfon in the Senedd has condemned delays with rectifying the multiple defects caused to homes in Carmel, Fron, Deiniolen and Dinorwig following the Welsh Government’s home insulation scheme.

The Plaid Cymru Member of the Senedd for Arfon has expressed her concern regarding the delay, saying that residents “have been extremely patient” and that “the work promised now needs to happen.”

But the scheme has led to multiple problems for constituents – including discolouration of external wall insulation, exterior cladding not installed correctly, drainage pipes re-installed incorrectly, cracked walls and render, and damage to roofs.

Siân Gwenllian has been working with the residents for several years but the remedial work has still not started despite the findings of two Government commissioned reports.

In the Senedd recently, the MS asked Lesley Grffiths, Minister for Environment and Rural Affairs for an update.

“Constituents in Carmel, Fron, Deiniolen and Dinorwig have been extremely patient.

I have been raising this issue with you since the summer of 2017.

Initially the company instructed to carry out the Arbed scheme denied there were problems.

The Welsh Government conducted not one but two independent reviews with the second concluding that the problems were caused by the poor standard of work.

Your officials asked for the restoration to be carried out without undue delay.

But more than forty constituents are still waiting for work to be carried out.”

In January 2019 the Minister confirmed that Building Research Establishment would be conducting an independent review of the issues and would share the findings with her when the report was received. In July 2019 it was announced that a second independent review would take place after residents highlighted that more problems that had come to light.

‘She has now promised to look at the matter again.

In the age of Covid-19, people are spending more time than ever in their houses, and we have a cold winter ahead of us. The residents I’m working with in these four villages have suffered enough. They have a right to warm houses of a high standard and the took part in the Arbed scheme in good faith. By they have been let down. Residents have been very patient – now it’s time to act.”