"A woman ahead of her time" 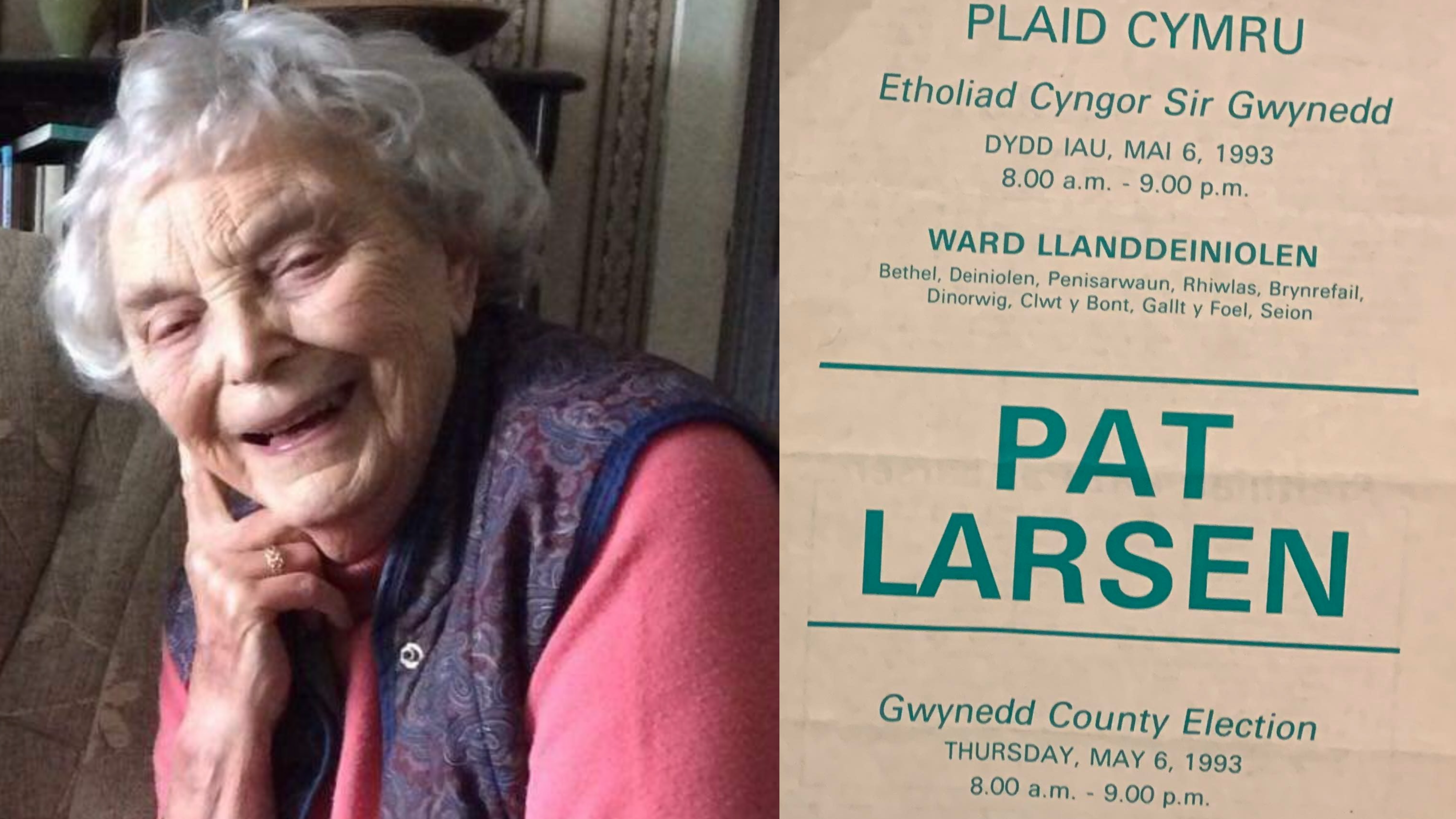 I was saddened to hear about the passing of Pat Larsen, a woman that was very much ahead of her time. Hers was an immense contribution not only to her local community, but to the whole of Gwynedd and Wales.

She was first elected in the mid-1960s, and by the time she stood down from the council in 2012 she had been the longest serving councilor in Gwynedd. Pat was originally elected as a Bangor councilor in the early 1950s. She was the only female member on the city council.

She went on to be elected county councilor for the Llanddeiniolen ward and later, the Penisarwaun ward. She was a teacher, as well as serving as Mayor of the former Arfon District Council.

She was the first chair of Gwynedd Council we know it today.

She led the way for women such as myself in her unyielding determination and I considered it a privilege to serve side-by-side with her as a councillor.

My thoughts are with her family at a time of inevitable sadness and grief, but I will also be celebrating the life of Pat Larsen, a life well and truly lived to the full, and on a personal level, I will give thanks for being able to know and learn from her wisdom and perseverance.