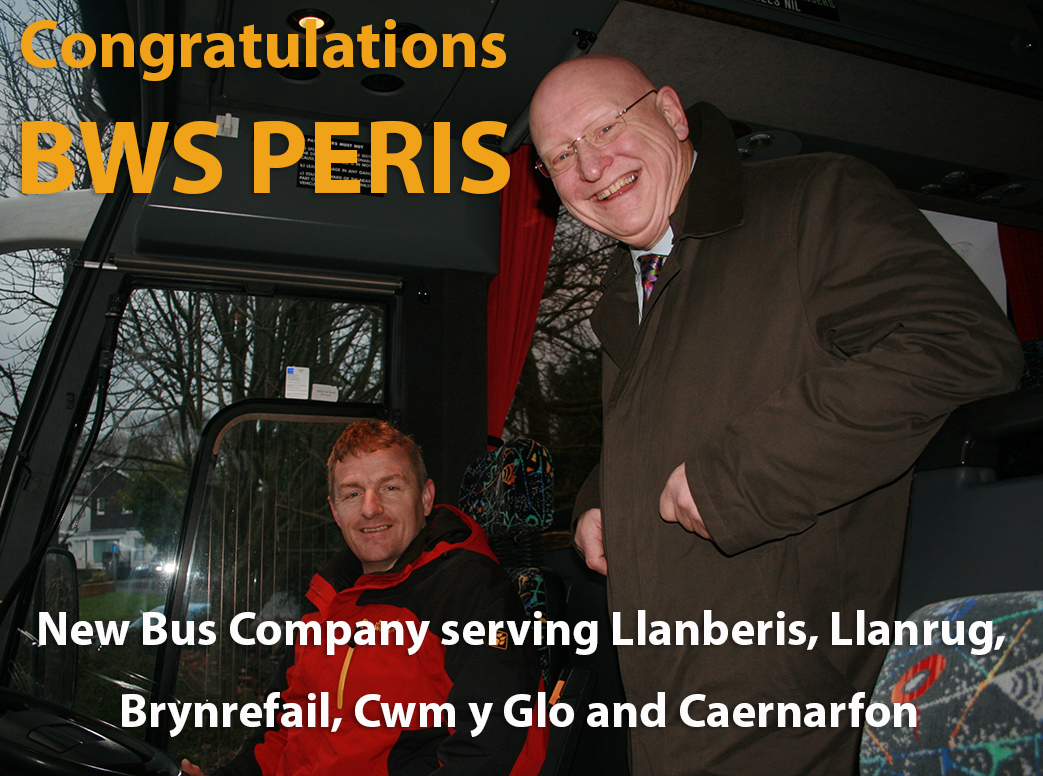 Bws Peris has its base in Llanberis and will operate half-hourly, daily services between Llanberis and Caernarfon. The company has a fleet of five buses, a coach and a minibus.

“This is great news for the people of Llanberis and surrounding communities,

I have been working closely with Bws Peris to facilitate the launch of this new service which will be a real asset to the local community. Bws Peris is based in Llanberis and has taken on local drivers, supporting the local economy.

I’m pleased that people in Llanberis, Llanrug, Brynrefail, Cwm y Glo and Caernarfon will now be able to enjoy this new service as of this week.

It’s important to remember that not everyone has a car. People rely on buses and they should be available for the convenience of passengers.

The reality is that there’s a greater demand for services than there is money to support them. I fear that following a further cut to local authority budgets by the Labour Government in Cardiff, the pressure on local services will only increase, and the situation will worsen over the coming year.”

“I’d like to thank the people of Llanberis and the local community for getting behind us. I’d also like to offer my thanks to our local Councillor Trefor Edwards for his continued support and encouragement.

I hope the new service will make it easier for local people to get around and also promote Llanberis as a destination for visitors.”

History of the Campaign 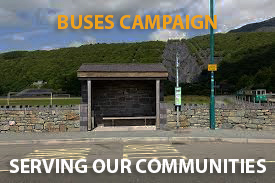 During 2013 and 2014 Arfon Assembly Member Alun Ffred Jones, and Member of Parliament Hywel Williams, met with various officials including Gwynedd Council’s portfolio holder for Transport, Cllr Gareth Roberts and senior Council officers, to urge them to look again at the provision of an evening bus service to Llanberis.

An online petition was signed by over 500 local people calling for an evening bus service to be restored to Llanberis, particularly the Route 85 Service, which serves Bangor and the communities of Llanberis, Deiniolen and Rhiwlas.

"The situation in Llanberis and the surrounding area is particularly bad. I’ve heard of cases where students at Bangor University are having to leave lessons early in order to catch the last bus home, because there isn’t a later service."

"Not everyone has a car. People rely on buses and they should be available for the convenience of passengers. The strength of feeling in the local community reflects how reliant people are on local buses. They provide a lifeline for many people living in rural areas."