Bangor is not a drive-through city says local MP 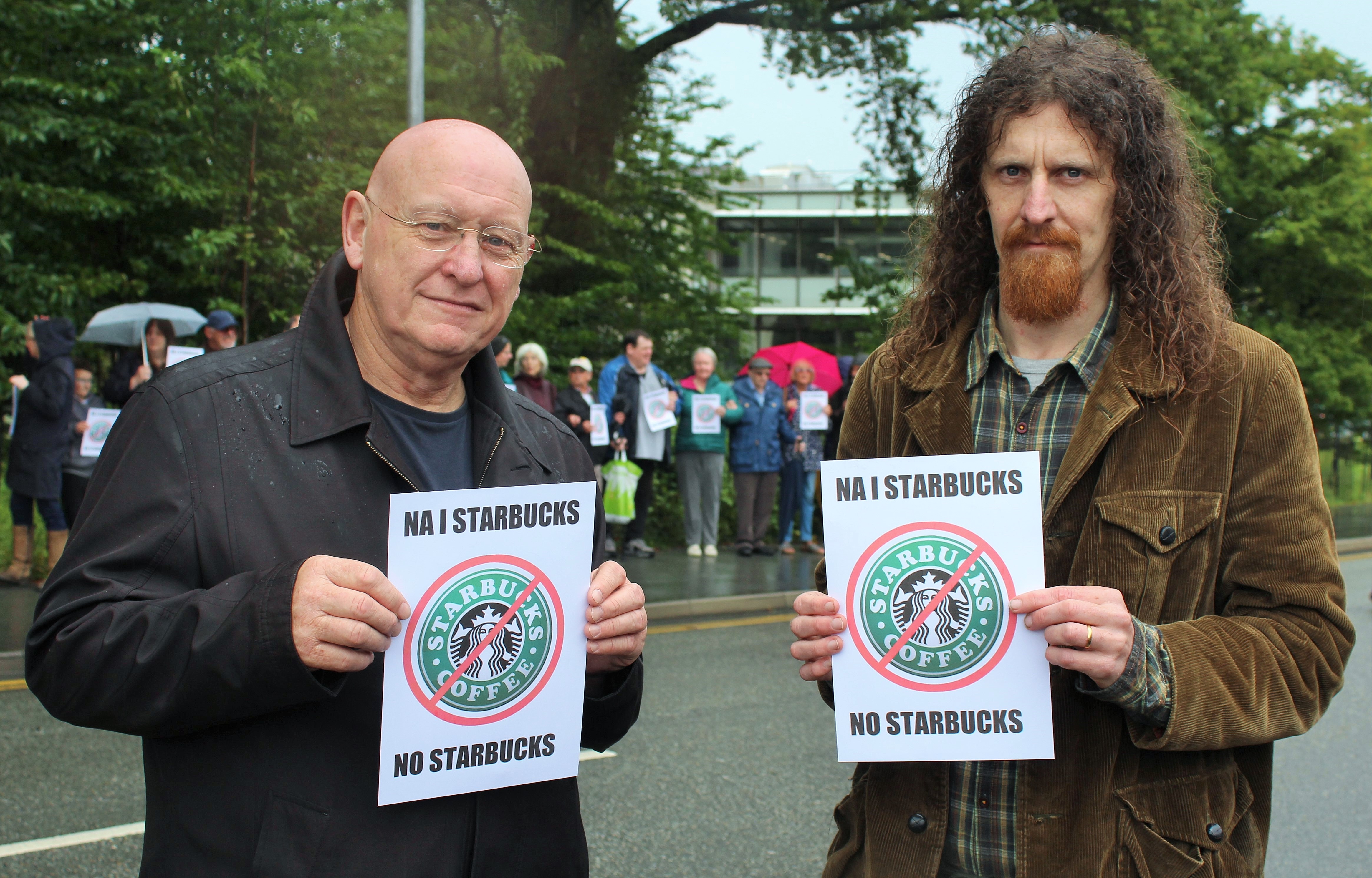 Plaid Cymru Member of Parliament for Arfon, Hywel Williams joined a protest in Bangor which included local business owners to voice opposition to plans by global coffee chain Starbucks to build a drive-through on a green field site in Bangor City centre, saying the proposal would bring no tangible benefits to the local community whilst taking money away from local businesses.

Around fifty people turned up at the contentious site near the ASDA roundabout despite the inclement weather.

An online petition opposing the development has already received over a thousand signatures.

“The proposed location itself is reason enough to stop the plans. The roundabout at Sackville Road/ Deiniol Road is chaotic as it is. Another entrance/exit would surely make things worse.”

“This money making outlet for a multi-national corporation is planned for a significant green space in the city centre - which would be better used as an amenity for local people and visitors.”

“We should support our small, independent coffee shops and cafes rather than encourage the displacement of economic activity from locally-run businesses – businesses which pay their taxes.”

“Bangor is not a drive-through city.”

“This is the second time this application has been filed; it was withdrawn in the face of huge public opposition last time, and if anything it seems to be worse than the first application.”

“No attempt has been made to protect the trees, despite them being under a protection order. Instead, there is the suggestion that they’ll be replaced with other mature trees, which defies the point really.”

“Either way, there has to be a very good reason to destroy one of the few remaining green spaces on the valley floor, especially one that contains protected trees.”

“Allowing a multinational to build a coffee shop which will compete with existing local and family run businesses does not qualify as a good reason in my opinion.”

“We have to both protect the sustainability of the City’s living ecological balance and its local independent businesses as these are two of the backbones of the city.”

“If the application is rejected, there is a high chance they will go to appeal as planning law in Wales gives central government the ability to over-ride local planning decisions whenever they see fit.”

“A large number of the most inappropriate and unpopular developments in Bangor were granted planning this way, against the local authority’s wishes.”

“This needs to change and full control of planning - including appeals - must be devolved to local authorities who are democratically accountable to the people who live in these communities.”