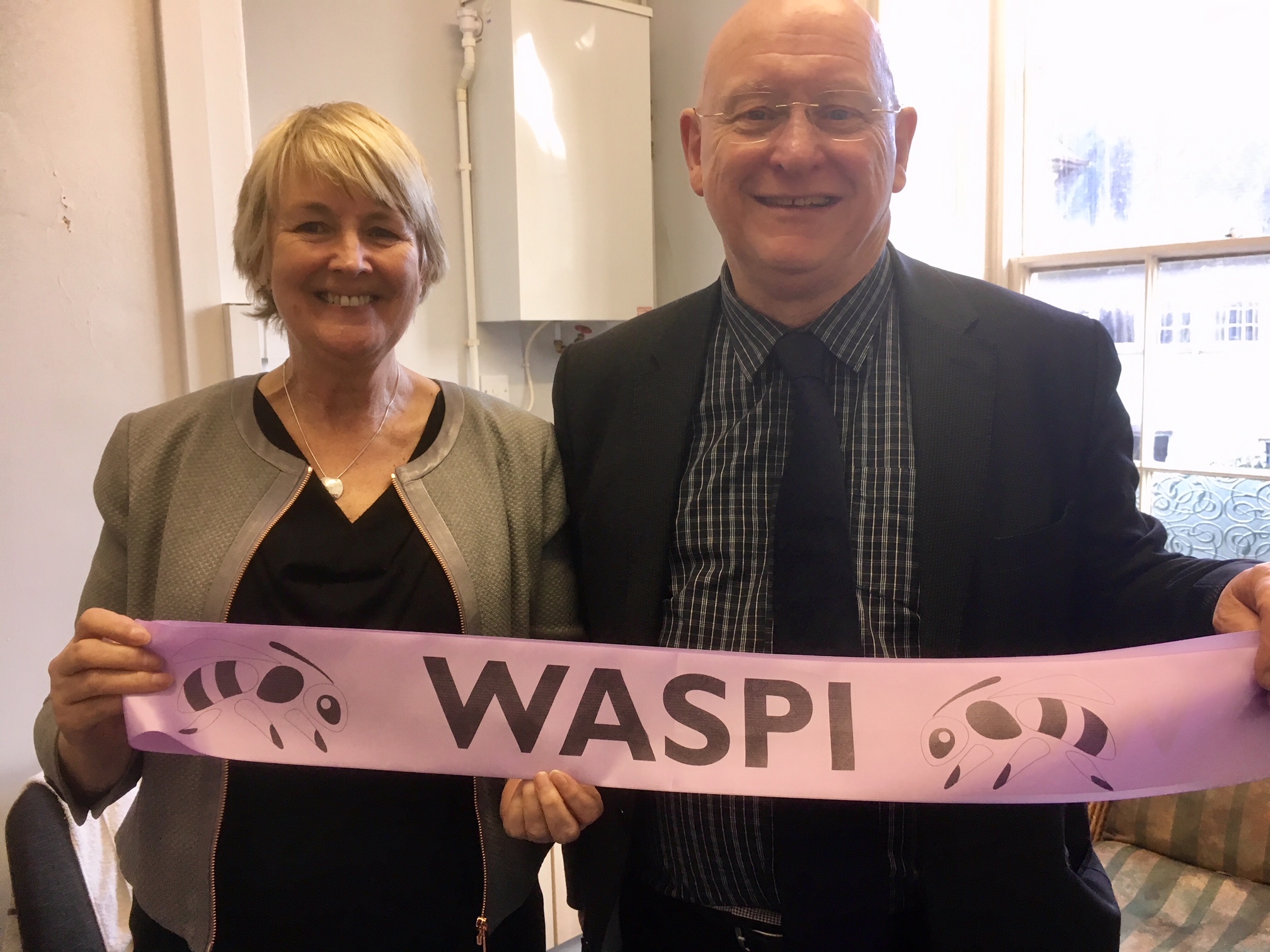 Plaid Cymru Member of Parliament Hywel Williams and AM Siân Gwenllian are inviting applications of interest from women in their Arfon constituency, affected by government changes to the state pension age, to set up a WASPI (Women Against State Pension Increase) campaign group to give local women a voice in opposing the reforms.

The Arfon MP who speaks for Plaid Cymru on Work and Pension issues, has relentlessly pursued the issue in Parliament; raising the matter in the House of Commons and supporting a delegation of Gwynedd women campaigning outside Parliament.

Both Hywel Williams MP and Siân Gwenllian AM are keen to hear from local women born in the 1950s who’ve been hit particularly hard by these reforms, ahead of the Second Reading of the Pensions Bill which will be presented in Parliament on Friday, 27th April 2018.

Those interested in being part of a local WASPI Group for Arfon should email [email protected] with their details.

‘Women across the UK have been hit hard by the changes. To the surprise and dismay of many, the plans that they had made have been disrupted. I’ve been contacted by many women from across Arfon who are in the same position.’

‘With this in mind I’m keen to hear from women in my constituency who’ve been affected by changes to their state pension, with the aim of setting up a local group to share ideas and keep abreast of latest campaign news.’

‘The WASPI national campaign aims to persuade the Government to make fair transitional arrangements for women born in the 1950s who must now wait up to six more years to receive their state pension.’

‘Many women have spent years juggling several jobs as well as family commitments and caring roles within the family. Many of them looked forward to an easier life when they reached their pensionable age, and that has now been cruelly snatched away.’

‘Many women had put very definite financial and personal plans in place within the specific timescale they thought they were dealing with, and it is grossly unfair to move the goalposts and throw so many women into turmoil.’