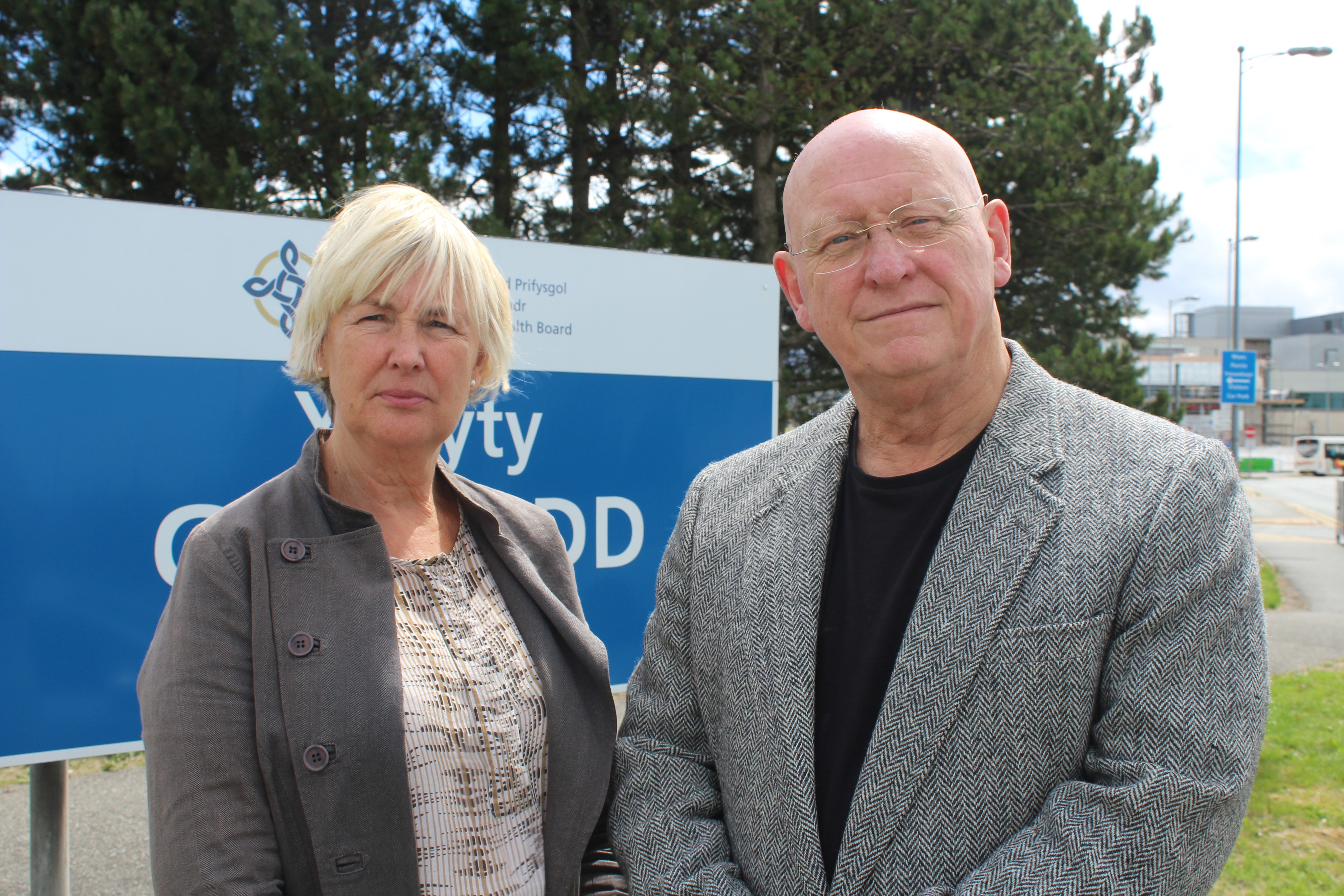 Plaid Cymru Assembly Member for Arfon Siân Gwenllian and Member of Parliament Hywel Williams have accused the Welsh Labour Government and Betsi Cadwaladr University Health Board of reneging on a pledge to keep world-renowned emergency vascular and lower limb salvage services at Ysbyty Gwynedd, as speculation mounts that the Health Board is planning to create a new centralised service based at Ysbyty Glan Clwyd and remove established emergency vascular provision from both Bangor and Wrexham hospitals, as early as February 2019.

Following a hard-fought public campaign, including a petition signed by over 3,000 people, numerous written and oral questions, and even the matter being raised with the Prime Minister in the House of Commons, the health board stated in March 2018 that Ysbyty Gwynedd would ‘continue to provide full support for emergency patients and in-patients, and protect the excellent lower limb services provided at Ysbyty Gwynedd.’

It has now emerged that the health board is performing a dramatic u-turn and are stating that all inpatient vascular surgery and emergency admissions will be based at Ysbyty Glan Clwyd and that the world-renowned limb salvage unit in Ysbyty Gwynedd would close. There are fears amongst medical professionals and politicians in North West Wales that centralising services at Ysbyty Glan Clwyd indicates continuing cumulative, stealth-like downgrading of services at Ysbyty Gwynedd.

‘I am furious on two counts. Firstly that Betsi Health Board has been trying to pull a fast one for the past 12 months.’

‘The lack of transparency is atrocious. It appears that we are now back to square one and the vascular service is to be downgraded despite what we heard at the beginning of the year.’

‘I am equally furious that patients from across North West Wales will have a poorer service as a result. It is essential to keep a full vascular service at Ysbyty Gwynedd and to resist the downgrading of this and any other service.’

‘Three years ago we fought to retain full maternity provision at Bangor.’

‘The vascular service is equally important and if lost will lead to a downward spiral of provision at Ysbyty Gwynedd which serves a huge geographic area to the north and west of Bangor. We must resist again.’

‘Centralisation of services may be suitable under some circumstances, but not within rural provision or large geographical areas such as North Wales.’

‘Closing the world-class unit in Ysbyty Gwynedd would be disastrous for not only the local population but for the whole of North Wales.’

‘The unit has developed staff expertise over many years that cannot possibly be matched in the short to medium term by a newly-created unit at a hospital that presently has no inpatient vascular services at all to build upon.’

‘Quality and safety are the cornerstones of healthcare provision and both of these will be significantly compromised if the well-established in-patient and emergency vascular service at Ysbyty Gwynedd is removed.’

‘Due to the Cardiff Government's failings on health, patients are already having to travel further afield, even moving to England, just to access proven treatment, putting those who live in more isolated communities in unnecessary jeopardy.’