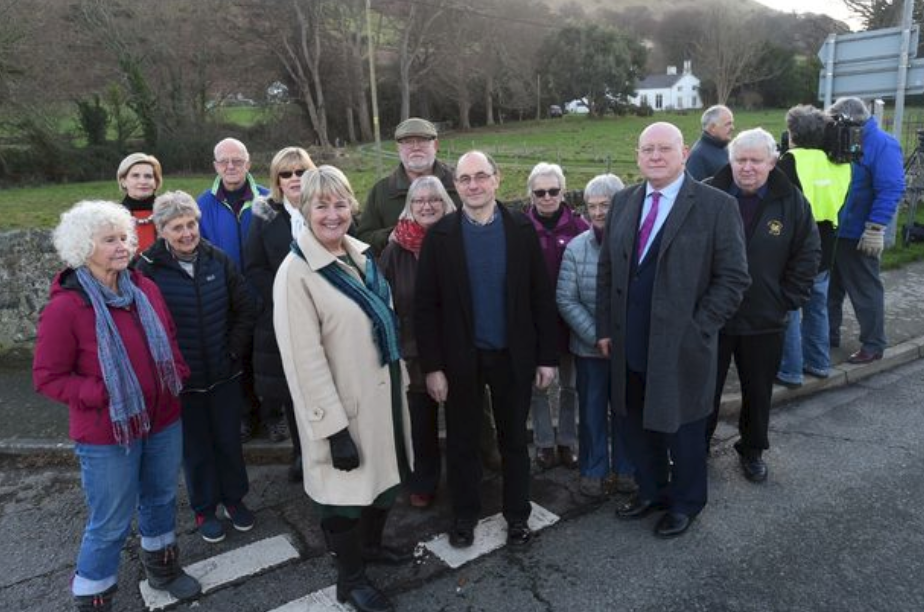 Campaigners have welcomed a commitment from the Welsh Government that work will finally be carried out to mitigate noise pollution on a busy stretch of the A55 in Abergwyngregyn, following years of campaigning by local people.

Plaid Cymru Member of Parliament for Arfon Hywel Williams and Assembly Member Siân Gwenllian have both raised concerns about noise levels along part of the dual carriageway next to the village, taking the matter up on behalf of their constituents.

The Welsh Government has now agreed to resurface part of the carriageway which runs adjacent to the village.

‘This is a telling victory for villagers in Abergwyngregyn who have long campaigned for improvements to the surface of the A55 dual carriageway which runs adjacent to the village.’

‘Although noise pollution is an inevitable consequence of living next to a busy road, existing noise mitigation measures are just not good enough. Other villages further to the east have had noise reducing surfaces in place for a long time. I have complained to the Welsh government that leaving Aber out is unfair.’

‘Given that Abergwyngregyn is nestled a little below the A55 carriageway, noise emitted from passing traffic is carried up the narrow valley, exacerbating the impact on villagers.’

‘I’m pleased the Welsh Government has now recognised the need to address the situation and I look forward to seeing the work carried out for the benefit of local people.’

‘This is great news for the villagers of Abergwyngregyn who are to be congratulated on their successful campaign.’

‘This small village nestled in the valley leading up to the famous Aber Falls is well-known for coming together to tackle the challeneges that face the community.’

‘This time they led an united and energetic campaign to reduce noise pollution.’

‘It makes perfect sense to try to lessen the impact of traffic noise as much as possible by treating the road surface so as to mitigate noise pollution as much as possible. We all look forward to seeing the work completed in due course.’