Arfon AM raises concerns that Rhostryfan Surgery is to close 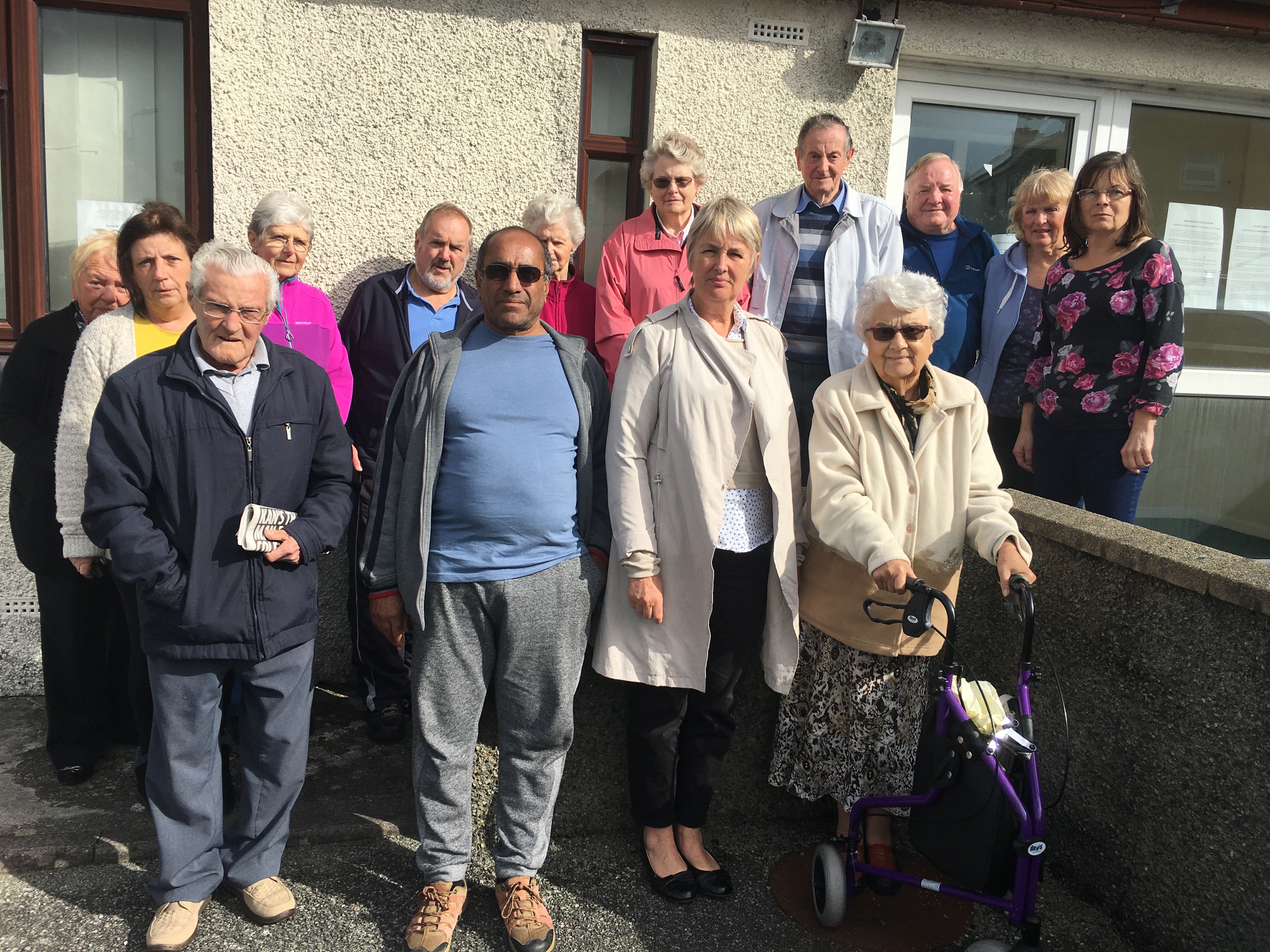 Siân Gwenllian AM has visited the village of Rhostryfan after receiving a number of complaints from villagers regarding the imminent closure of their local surgery.

Kendall Surgery in Rhostryfan is an outreach service offered by Hafan Iechyd in Caernarfon who have been running a twice-weekly surgery there. The service has been invaluable to the residents, especially the elderly and those with disabilities.

Said Siân Gwenllian, "I have received several letters from Rhostryfan villagers who are very concerned that their surgery is to close at such short notice.

There has been a surgery in the village for more than a century and the residents have received service of the highest quality from the doctors traveling from Caernarfon to Rhostryfan.

The residents are expecting a lathered turnout for the public meeting on Monday evening."

One of those who has been expressing his concern regarding the closure is Mr. Bryn Hughes from Rhostryfan, and like many other residents he is keen to discover the reason behind the decision to close and he is worried about the accessibility of Hafan Iechyd in Caernarfon for Rhostryfan patients.

"It's hard enough to get an appointment in Caernarfon as it is", said Bryn Hughes,

"and imagine how it will be when Rhostryfan people need appointments too.

Elderly people will be expected to travel there by taxi, to present prescriptions and then collect them. Many people will find it very difficult."

‘We are facing a crisis in primary care across north Wales. The situation is at a critical point and whilst I have little confidence the situation will be resolved, I do expect health managers and government ministers to sort it out.’

‘That is the challenge I put to them on behalf of the people I represent.’

‘I fear that if this closure goes ahead there will be a knock-on effect which will make it harder for local people to see a doctor as quickly as they might wish to, and should do.’