Arfon AM responds to Dolwenith Surgery closure with concern and disappointment 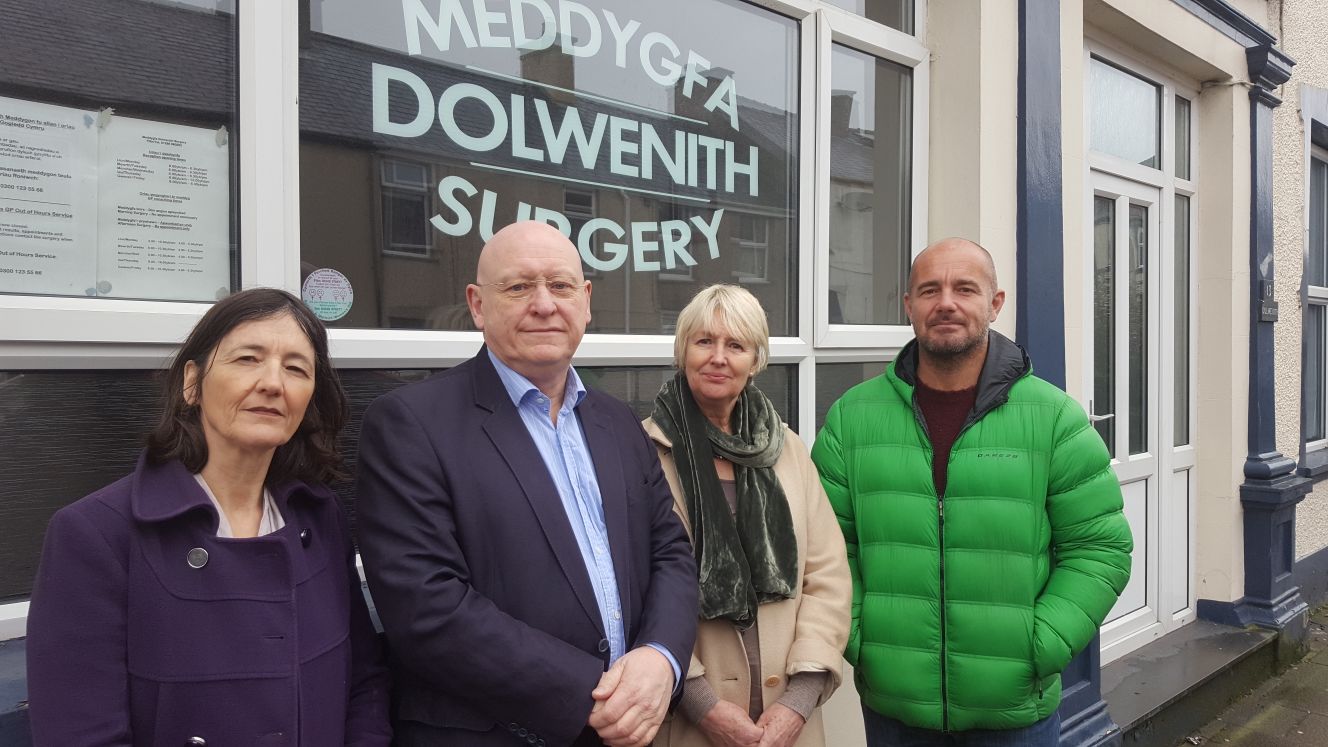 Arfon AM Siân Gwenllian has expressed great concern on hearing that the Dolwenith Surgery in Penygroes is to close with no replacement doctors being appointed in Dyffryn Nantlle.

'If this doesn't prove the case for a Bangor medical school, I don't know what will!' said Sian Gwenllian.

Welsh-speaking Dr Morris Jones, the doctor practicing from the Dolwenith surgery will be retiring at the end of this month, and despite repeated requests from local councillors and Arfon AM Sian Gwenllian for clarification regarding the future of Dolwenith and Welsh-language GP services in Penygroes, there has been no response from the health board or the Labour government in Cardiff.

The AM has learnt that patients of the surgery received a letter last week confirming that the surgery will close. This is contrary to what the Health Board told the press - a statement said that a new GP was to take over the surgery and that he/she was going to appoint a Welsh-speaking colleague. Instead, the letter states that patients are being offered the choice of transferring to one of the two remaining surgeries.

"I am very disappointed to hear the news" said Sian Gwenllian.

"Not only has Penygroes lost its only Welsh language GP service but the whole of the Nantlle valley has to make do with just two surgeries where there were previously three.

The letter written to Dolwenith patients states that they are to be moved to the neighbouring Corwen House surgery. It is hard to see how services will avoid being stretched even with the best efforts of the doctors in Dyffryn Nantlle. Siân Gwenllian wrote to Health Secretary Vaughan Gething expressing her concerns on April 24th with a copy to the Betsi Cadwaladr Health Board chief executive Gary Doherty but has received no reply. She wrote again to Vaughan Gething on June 23rd and is still awaiting a reply despite repeated efforts to both places.

"The lack of communication regarding a matter of such importance is extremely frustrating and has exacerbated local concerns at a time when people were already in limbo regarding the future of Dolwenith and unsure of Corwen House's ability to cope with the extra patients.

This situation shows a distinct lack of forward planning by the health board and government.

In the long term the area deserves a modern health centre and north Wales deserves a medical school to provide doctors to care for people in the area.

In the meantime patients in Dyffryn Nantlle need reassuring that their care will not deteriorate as a result of the closure of the surgery and the loss of one doctor- the only one who could offer a Welsh-speaking service. ’’