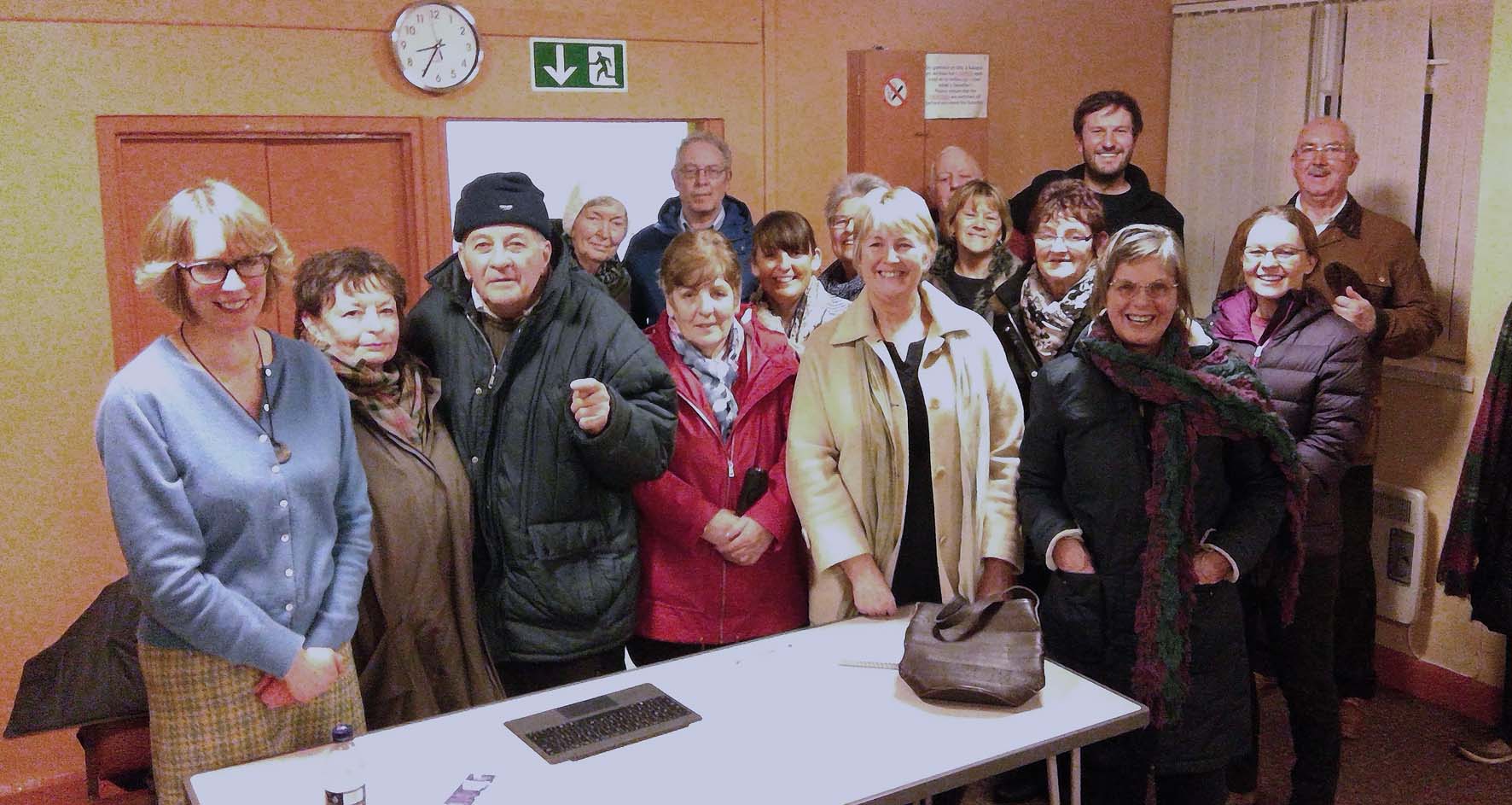 Local people came together to voice their concerns about speeding vehicles throughout the village, threatening pedestrian safety as they walk from one part of the village to the other. Many were also concerned that large vehicles, such as lorries, were being driven through the village causing congestion and damage on some occasions as the road is not suitable for such large vehicles.

“I’m delighted to see so many residents attending the meeting to share their concerns with us,” said Gwynedd Councillor Menna Baines who represents the residents of Glasinfryn, Waen Wen and Cae-rhun areas who attended the meeting.

“There was an open discussion about pedestrian safety in the village, because the road is so narrow with no pavement to walk on. The situation is worse during weekdays in the morning and afternoon as the roads are busier at those times of the day as people take their children back and forth to school or travel back and forth to work. The safety of residents is paramount, so it's good that we’ve been able to raise these issues with the appropriate authorities.”

Siân Gwenllian, Arfon Assembly Member who has been working with the Councillor to arrange the meeting, said: “It’s clear that the residents of Glasinfryn have had enough of the speeding traffic that drives through the village. The narrow roads of small villages like Glasinfryn weren’t built to deal with so many vehicles or such large ones. We hope to be able to work with the villagers, the county council and the police to look for a solution to this problem which has been worrying local people for a number years.”

The other concern for local residents is the number of large vehicles apparently being directed through the area by sat nav equipment. On some occasions, lorries have become stuck in the village or the surrounding area causing traffic gridlock, with some damaging the old stone bridge in Glasinfryn whilst another truck caught and dragged cables down in the centre of the village.

Another concern raised was the increasing number of late night drivers, young people mostly, racing their cars through the village.

“Some of the audience were concerned that an accident is likely to happen if we cannot work together to try and actively influence the situation,” explained Councillor Menna Baines.

Gwynedd Council's Traffic Unit Manager confirmed that traffic data collection equipment would be installed in the village for a period of seven days, as a first step. If the data shows evidence of speeding vehicles then an action plan will be considered to try and alleviate the issue.

Measures such as safety humps, rumble strips, introducing a 20 mile per hour speed limit at Glasinfryn instead of the current 30mph, along with the possibility of moving the 30mph sign on the Felin Hen side of Glasinfryn so that it is closer to the village.

The police were also keen to hear from the public about any anti-social driving and speeding in the village. Residents were encouraged to report such behaviour as the police need to gather evidence to act upon such incidents.

"I'm glad that so many people attended the meeting, it shows the strength of feeling about the problems in Glasinfryn and the surrounding area. I am grateful to colleagues for attending and also to the officials who came out to hear local people’s concerns and share their views,” said Councillor Baines.