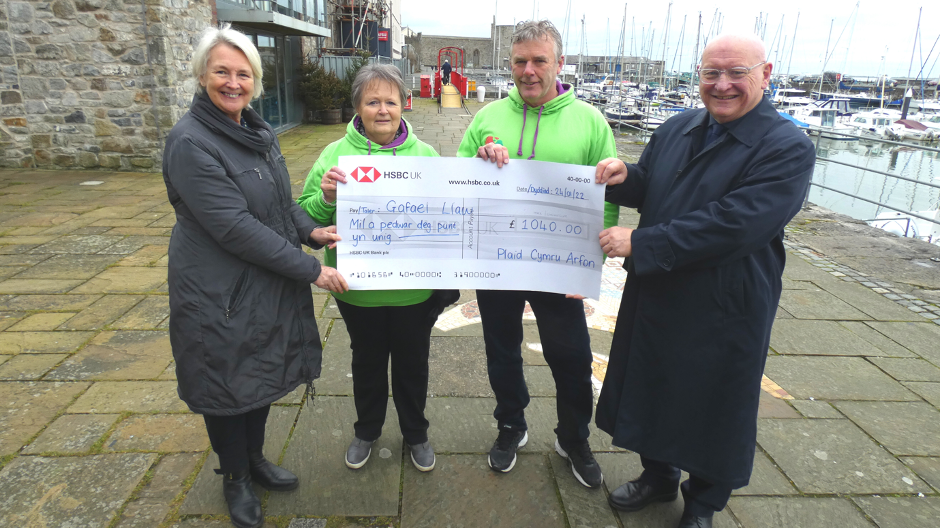 The fundraising campaign smashed the initial target for a charity to support children with cancer in Gwynedd and Anglesey.

Siân Gwenllian MS and Hywel Williams MP represent the Arfon constituency in the Senedd and Westminster respectively, and they launched a Christmas appeal to raise money for Gafael Llaw, a charity that supports children in Gwynedd and Anglesey with cancer.

The charity has held a number of activities since its inception, many of which reached a national platform, including Tour de Cymru, a 650-mile cycle ride around children's hospitals in Wales. The charity raised over £110,000 in its first two years.

Speaking about the fundraising campaign, Siân Gwenllian, the Member of the Senedd for Arfon said:

“We launched the fundraising campaign early in December, setting an initial target of £300.

“We’re delighted to have exceeded that target, also surpassing our amended target of £1,000.

“The charity is such a worthy cause, supporting local families in an unimaginably difficult situation. I hope the £1,040 will go some of the way to supporting their incredible work.”

The MS and MP met with Iwan Trefor Jones and Anne Owen of Gafael Llaw to present the cheque. Anne, a Gafael Llaw volunteer spent 45 years as a nurse on children’s wards, most recently on Ward Dewi in Ysbyty Gwynedd.

“I am delighted that our Christmas appeal has been so successful and would like to thank all those who responded so generously to our fundraising efforts.

“It is testament to the high regard to which Gafael Llaw is held in the local community.

“I hope the money raised will go some way to alleviate the burden on young people living with cancer and their families.”

A spokesperson of Gafael Llaw, who will be celebrating their 10-year aniversary next year, added:

“The charity has funded a number of improvements in Ward Dewi and Alder Hey in Liverpool, as well as supporting the activities of Clic Sargent locally.

“We greatly appreciate the financial contribution made by Plaid Cymru Arfon. This will help us as we continue our efforts to make a positive difference to the lives of children and young people in the area.”