The MS and MP for Arfon have written to Lee Waters MS, the Minister responsible for Transport for Wales regarding overcrowded trains and the risk to public health. 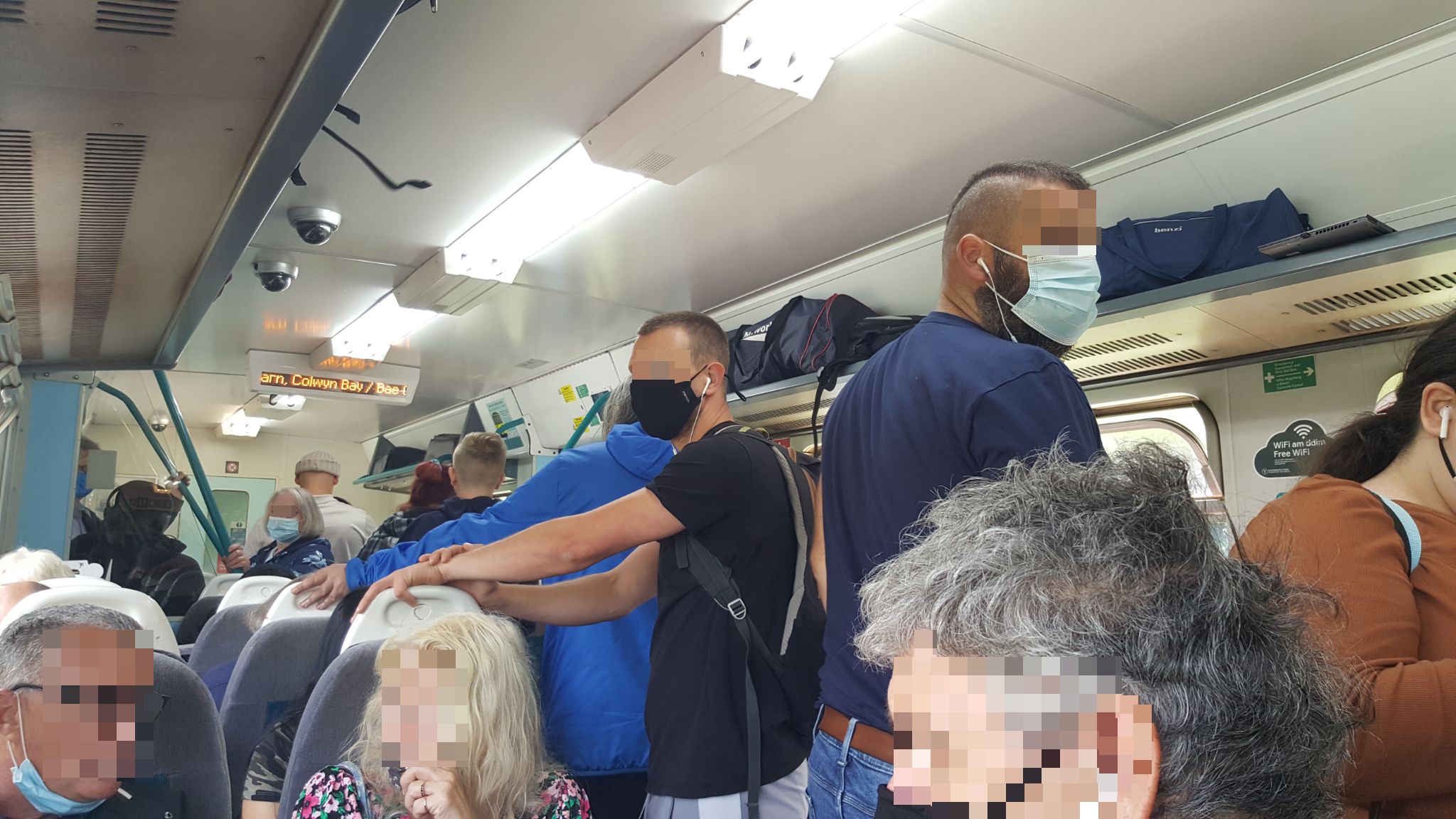 Siân Gwenllian MS and Hywel Williams MP have written to Lee Waters MS, the Minister responsible for Transport for Wales regarding overcrowded trains and the risk to public health.

"Hywel Williams MP and I received this photo (above) from a concerned citizen on a 12:15 Shrewsbury to Holyhead train journey.

"There are serious concerns about train carriages being Covid-19 spreaders as staff do not control passenger numbers, and the rules for physical distance and the wearing of face coverings are not enforced and Transport for Wales, it appears, has given up on addressing these issues and is instead placing responsibility on passengers by saying 'don't board a train if it’s full.’"

"The latest report received relates to the 12:15 Shrewsbury to Holyhead train journey on Monday 28th June, and I wish to relay to you the story so that you can better understand what is happening on a daily basis across Wales:

"The 11.06 service from Birmingham International to Holyhead should have been four carriages but had only two, and this service ended in Shrewsbury. By the time the train arrived in Telford (the stop prior to Shrewsbury) all seats had been taken and people were standing at the luggage racks and in the hallways by the toilets.

"At Shrewsbury, a further two carriage trains were waiting to go to Holyhead and passengers were already standing as there were no seats available. Even more travellers joined at Wrexham and Chester. Social distancing was absent, and it would be impossible for Transport for Wales to implement any sort of track and trace if anyone on that train had tested positive for Covid-19. It is truly disgraceful!

"The Transport for Wales website says that a valid ticket and seat reservation are required, but the website does not let you book a seat for the whole journey and I had to split the trip in two when booking. No one was checking if passengers had a seat reservation.

"I believe that Transport for Wales expect passengers to depend on their own judgment and not board a train if they think it is overcrowded, but at Birmingham International my carriage only had a handful of passengers, including several elderly people who had chosen that service because they thought it was a straight through service without changes. Once you are on the train for such a long journey, leaving the train is not a realistic option – under Transport for Wales’ logic, we would have been stuck in Shrewsbury!”

"This situation arises far too often, and it’s alarming that the Welsh Government thinks that it is perfectly fine for Transport for Wales to ignore the Covid-19 regulations that are supposed to protect us all. I would imagine that any other business that breaks the law would have been subject to penalties by now.

"The situation needs to stop, and a solution must be found urgently to protect passengers, train staff and the public."