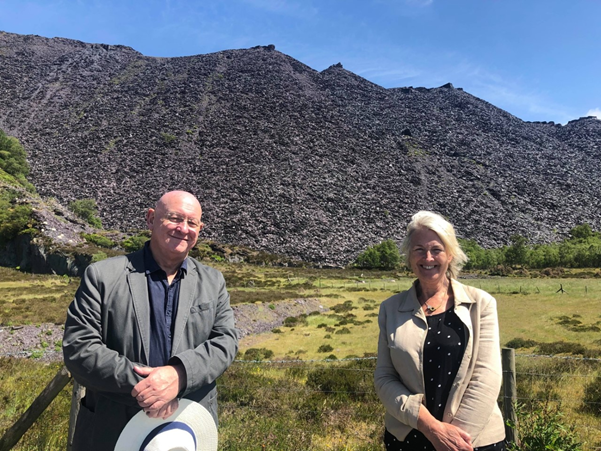 Plaid Cymru politicians in Arfon have claimed that reaching the final stage is a “boost for local pride.”

If the bid is accepted, the post-industrial quarrying area of Arfon will be included in one of five UNESCO World Heritage Sites in Wales.

Existing sites are the Blaenavon Industrial Landscape, the Pontcysyllte Aqueduct near Llangollen, and the Castles of King Edward in Caernarfon, Beaumaris, Harlech and Conwy.

Siân Gwenllian MS, who represents the area in the Senedd as well as being Plaid Cymru’s shadow Welsh Language minister, responded;

“I was delighted to hear the news that Icomos (International Council on Monuments and Sites) will recommend that the World Heritage Committee approves the bid.

“As do many of my constituents, I have a direct link to our industrial past as my great grandfather was a quarryman in the Cilgwyn Quarry in Dyffryn Nantlle.

“I know too well that the loss of the quarrying industry dealt a massive blow to the Arfon area.

“The economic legacy of that era still casts a shadow over the area.

“This recent announcement is welcomed, and I hope that becoming a World Heritage Site would revitalise our slate valleys whilst protecting our rich local heritage.

Hywel Williams MP, Siân Gwenllian’s counterpart in Westminster claimed that the announcement is a “boost for local pride.”

“I know that this announcement is the result of many years of hard work.

“It is a reminder of Arfon’s rich past, and its immense contribution to the world.

“Arfon’s slate quarries were once an industrial epicentre of the world.