A message to inspire on women in engineering day 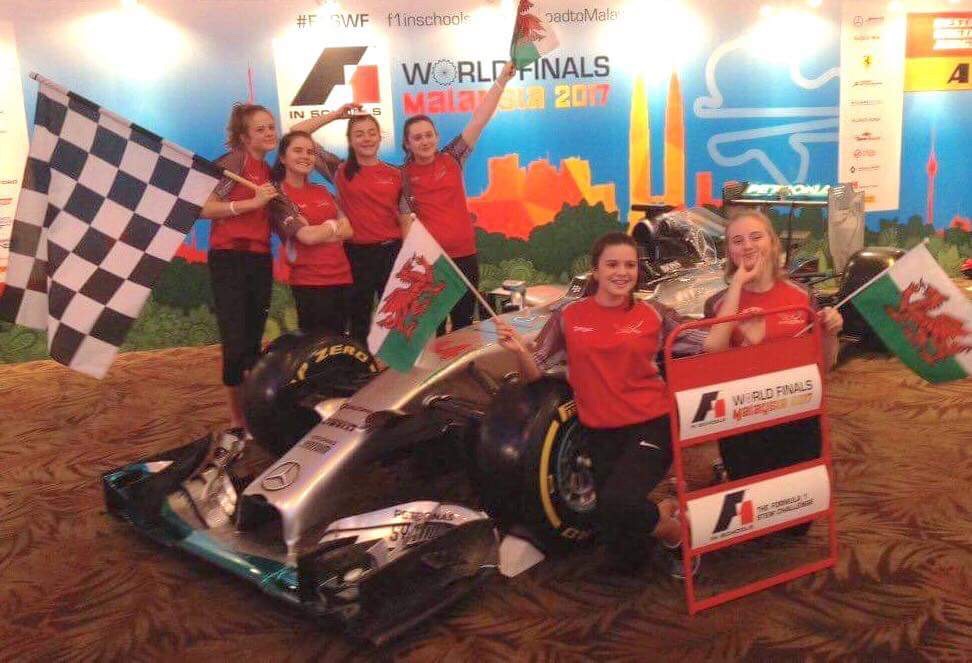 Today marks ‘Women In Engineering Day’ and AM for Arfon Sian Gwenllian caught up with one of the Falcon Force Wales Team from Ysgol Brynrefail, Llanrug – a team of schoolgirls who topped the world finals of the Formula 1 For Schools competition in Malaysia last year. Anna Whiteside Thomas, Tesni Calennig Smith, Beca Medi Jones, Eleanor Edwards-Jones and Elin Worth represented Wales and challenged teams from 35 countries finishing among the best in the world having won their UK heats.

“Only 8% of engineers are women and there is no reason for that other than the traditionally held belief that it is a job for men,” said Sian Gwenllian, Shadow Secretary for Equality at the National Assembly. “The Brynrefail all-girl team have shown that this is simply not true by designing a racing car - something that you would perhaps not associate with girls. But they’ve proved that girls can be just as successful as boys in this area.”
The girls were required to design and create the car as well as produce a business plan and marketing strategy to go with it, and the experience has proved to be very inspiring according to Anna Whiteside Thomas from Llanrug.
“Looking back on the competition now I realise how much I benefited from taking part and I had some fantastic experiences,” she said.
“Taking part made me think of jobs and careers I would never have considered otherwise and I firmly believe that women can do any job they want to do.
“A day like Women In Engineering is important because it promotes different areas of work that tend to be though of as careers for men. A day like this encourages women to look at jobs in these areas and give them some serious consideration.
“My message to other young women looking to work in a field traditionally thought of as being ‘for boys’ would be to go for it. It’s important that women show their what they can do and be confident in the choices they make.”
Since taking part in the competition Anna has been encouraging girls to participate in different sports as this is also an area where than can be very set ideas about what is appropriate or otherwise for women.

“As part of the Gwynedd Gold Ambassadors team I’ve been helping out on a campaign to promote women in sports. This is an excellent way to help women and girls gain in confidence which hopefully in turn will influence their choice of career.”

The meeting last year between Anna and Sian Gwenllian when the AM called at Ysgol Brynrefail to congratulate the team inspired the schoolgirl to try her luck at a competition to spend a day shadowing your Assembly Member as part of an initiative to attract more women into politics – another area woefully under represented by women. Anna was successful and spent the day in Cardiff with Sian.
“It’s fantastic that the F1 For Schools competition has been such an inspiration to girls like Anna to think again about their career choices and that they have then gone on to inspire other girls to do the same. This is an excellent example of mentoring happening naturally between girls and women as they start to see the world differently and realise that their choices in life are actually limitless.”