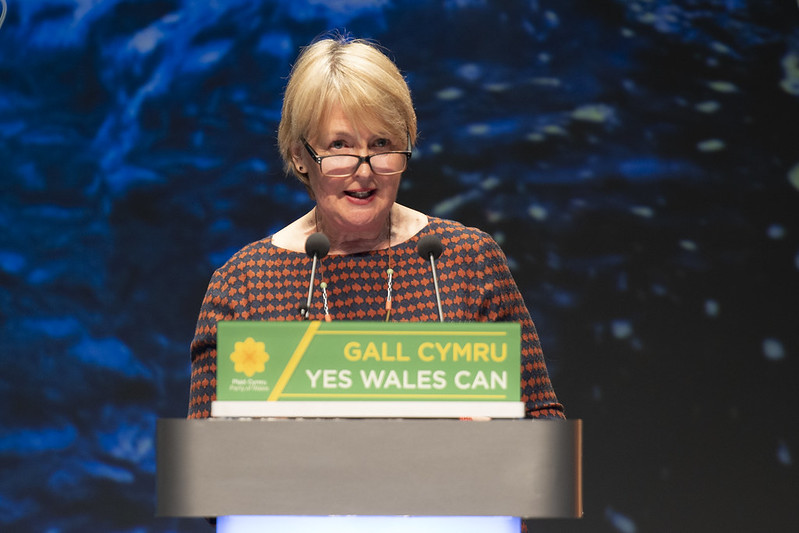 The future of the National Library of Wales is at risk if a sustainable funding settlement isn’t provided by the Labour led Welsh Government Plaid Cymru has warned.

No additional funding has been allocated to the National Library in the Welsh Government’s draft budget despite recommendations to do so from a Welsh Government commissioned review.

The library needs approximately £1.5m in order to avoiding cutting further staff and services, after the £200,000 of the £250,000 it received recently was retracted by the Welsh Government because of the pandemic. Welsh Government claim the £1.5m isn’t available, despite announcing £17.7m for Welsh sports last week.

An online petition calling for fair funding for the library has gained traction, having gathered almost 14,000 signatures. The call has also been backed by ‘His Dark Materials’ author Philip Pullman, who expressed his concern over the threat facing the library, calling its funding cuts “vandalism on an epic scale”.

Calling the National Library a fundamental part of cultural, education and historic life of Wales, Plaid Cymru Shadow Minister for Culture Sian Gwenllian MS said years of funding cuts had left it “on its knees” and its future “at risk” without a sustainable funding settlement from the Government.

Ms Gwenllian criticised Labour’s “woeful and bitterly disappointing” record on protecting Welsh heritage and culture and said future generations would judge them for their inaction if they do not step up.

Plaid Cymru will later lead a debate in the Senedd on the Library’s future funding, calling for.

“The National Library is a fundamental part of cultural, education and historic life of Wales but years of funding cuts have left it on its knees and its future at risk if a sustainable funding settlement is not provided.

“The latest draft budget shows that this Labour run Welsh Government have no interest in securing the long-term financial viability of one our most treasured national institutions.

“They themselves commissioned a tailored review of the Library which recommended that urgent attention be given to the Library’s financial needs and the current funding situation was unsustainable. The Minister for Culture himself said he looked forward to addressing these recommendations, but no additional funding has been allocated to the Library.

“From refusing to make Welsh history mandatory, failing to fund the Butetown History and Arts Centre, to demolishing cultural landmarks like the Paddle Steamer Cafe in Butetown, Labour’s record on protecting and promoting Welsh heritage and culture is woeful and bitterly disappointing.

“The Welsh Government must urgently review the insufficient funding allocated to the National Library and to provide the National Library with a sustainable funding settlement that will protect the workforce of today and allow the library to expand its vital work for the future.

“The Library is a national institution, and it must be protected. As author Phillip Pullman put it, the Welsh Government’s lack of funding would be nothing more than an act of cultural vandalism and Labour will be judged by future generations for their inaction.”