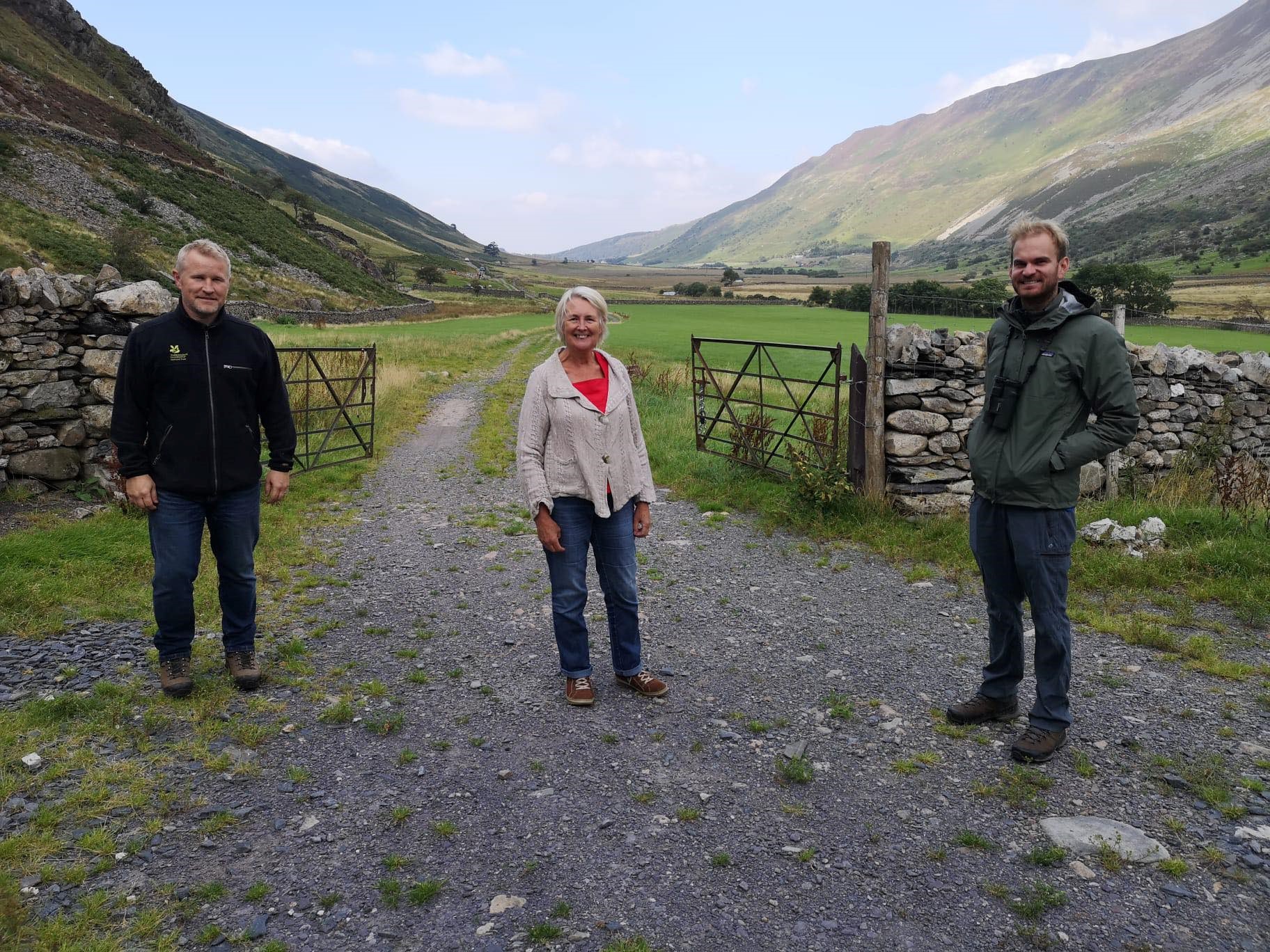 Llinos y Mynydd is a bird that nests across northern Europe and central Asia.

In Wales, a small number of this species nest in Snowdonia, but over several decades numbers have fallen dramatically.

Nevertheless, conservation efforts are continuing to conserve this rare bird and its breeding habitat. In addition, the BTQ Cymru has been colour ringing the birds to understand their movements.

The site at Nant Ffrancon was recently visited by Siân Gwenllian MS, who is the area’s Member of the Senedd as well as being the Species Champion for Llinos y Mynydd.

“Despite the fact that the Llinos y Mynydd population has been diminishing for years, it seems that the tide is turning in the Ogwen valley, following action by RSPB Cymru, local farmers and the National Trust in Nant Ffrancon.

“It was wonderful to visit the Llinos y Mynydd’s habitat in Nant Ffrancon, and to celebrate Wales’ biodiversity.

“I was proud to have recently supported Plaid Cymru’s motion, which passed on the floor of the Senedd to declare a nature emergency and strengthen laws for nature including targets.”

Dewi Roberts, Lead Ranger at Y Carneddau for the National Trust expressed his hope that the working partnerships would “lead to a significant increase in the numbers of this rare bird in the Ogwen Valley.

“As part of the Carneddau Landscape Partnership scheme funded by the National Lottery Heritage Fund, we are working collaboratively with land managers, conservation organisations and other members of the local community to provide more suitable foraging habitat for twite (Llinos y Mynydd) and raise their profile.

“This is one of many exciting projects being developed through this scheme to conserve the natural and cultural heritage of the Carneddau.”