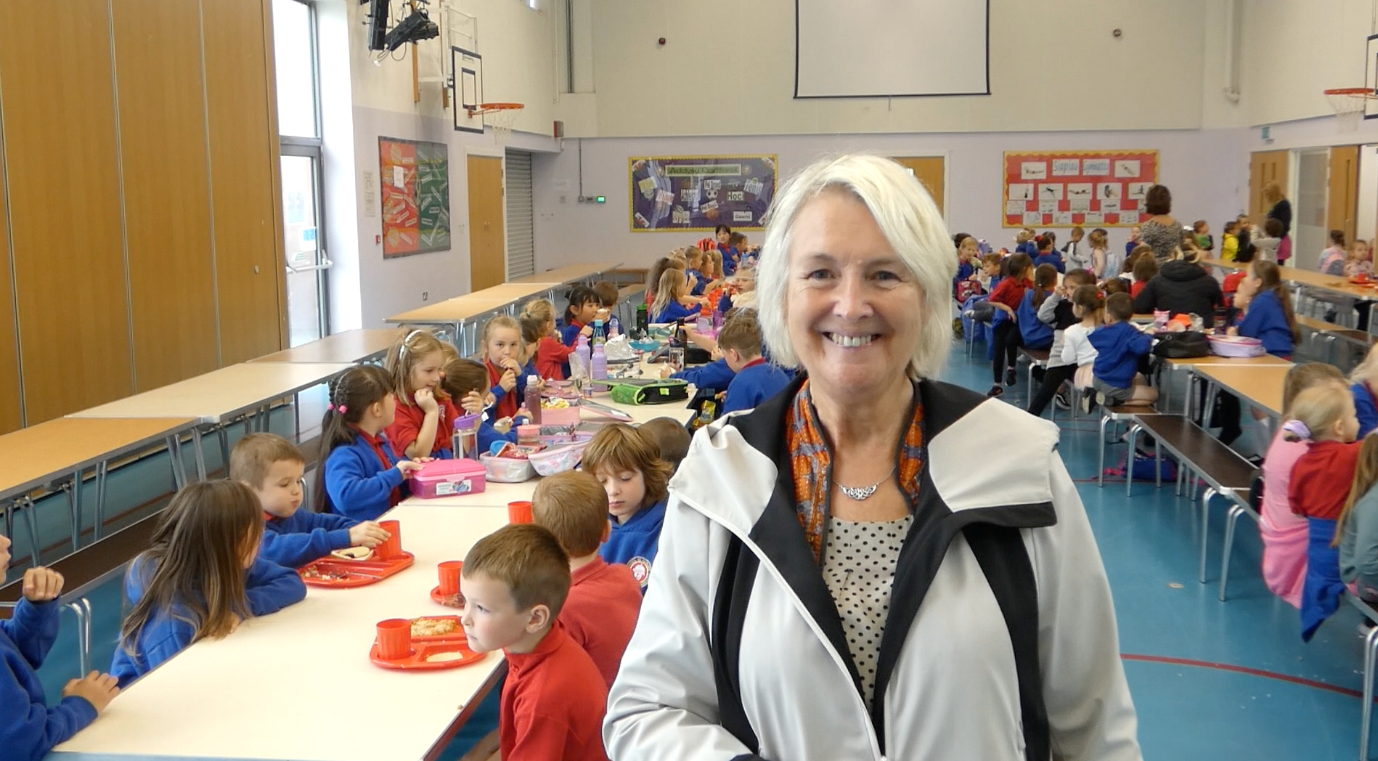 Siân Gwenllian MS is the Member of the Senedd for the Arfon constituency and is also Plaid Cymru’s lead designated member in the  negotiations between her party and the Welsh Government in their Co-operation Agreement.

This week she visited Ysgol yr Hendre in Caernarfon within her constituency, in order to see for herself the work that’s already underway to prepare for the rollout of Universal Free School Meals.

An additional 45,000 pupils will be immediately eligible for a free meal, with around 66,000 pupils benefitting from this policy in the first year of roll-out. Earlier this month the announcement was made of £35m worth of additional capital funding to support the roll-out.

And this week the MS for Arfon visited a school in her constituency to see examples of how schools are recruiting more staff and adapting their buildings and kitchen equipment in accordance with the phased roll-out.

“It was a terrific experience to visit a school in my constituency to see one of Plaid Cymru’s most important priorities being implemented.

“Ysgol yr Hendre has had a kitchen extension, as well as acquiring new equipment to prepare for the phased rollout of the policy. They have also already recruited more staff and more will be needed as free meals are offered to more and more pupils. 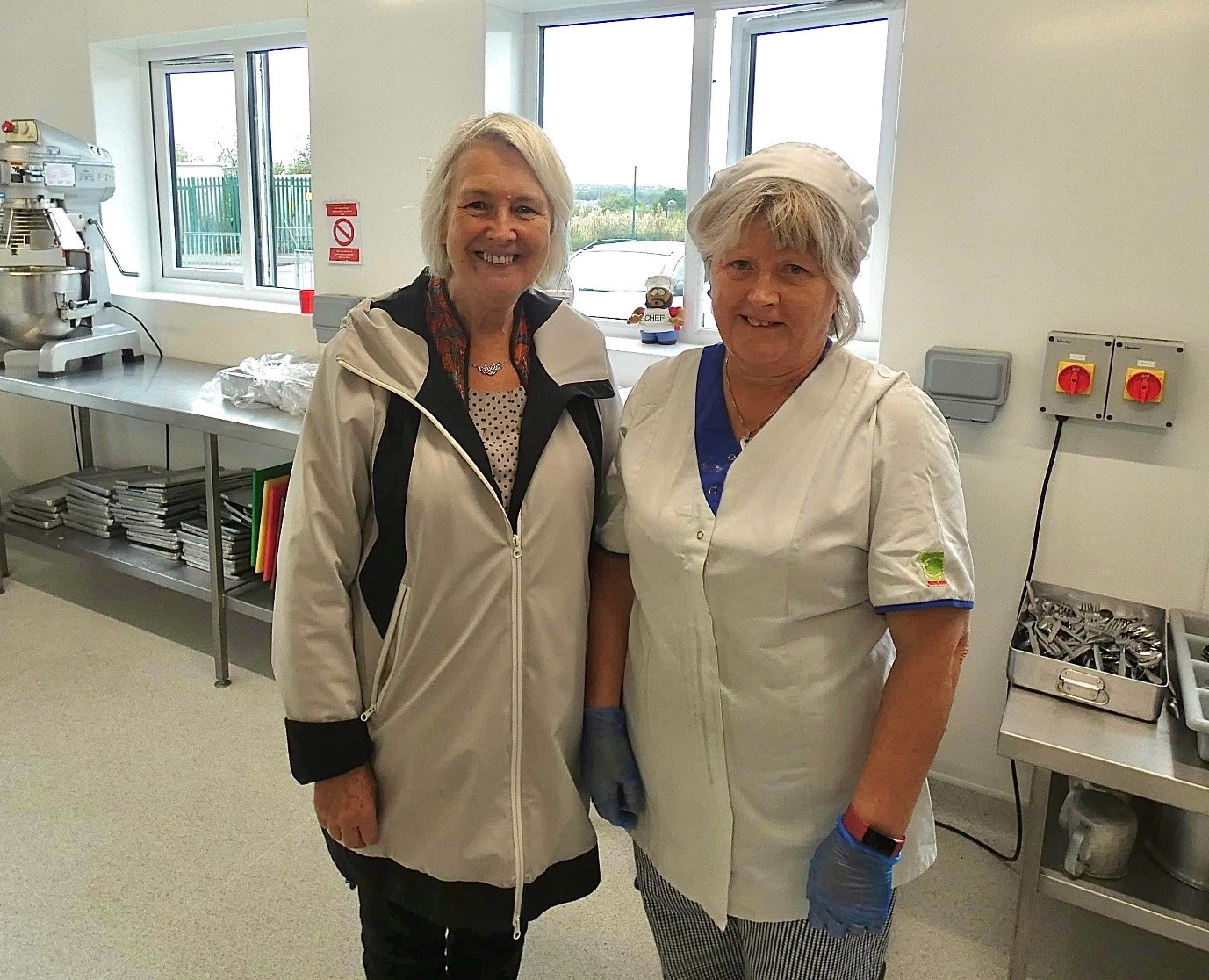 “Free school meals are one of the most important steps we can take to tackle child poverty and hunger in Wales - by making sure that children have a free, nutritious meal as part of the school day.”

The MS was given a tour of the catering facilities by Mr. Kyle Jones, the head at Ysgol yr Hendre. He said:

“Free school meals is a holistic approach that doesn’t only alleviate the effects of poverty, but also leads to a healthier diet for children, supports local employment, and boosts the local food chain.” 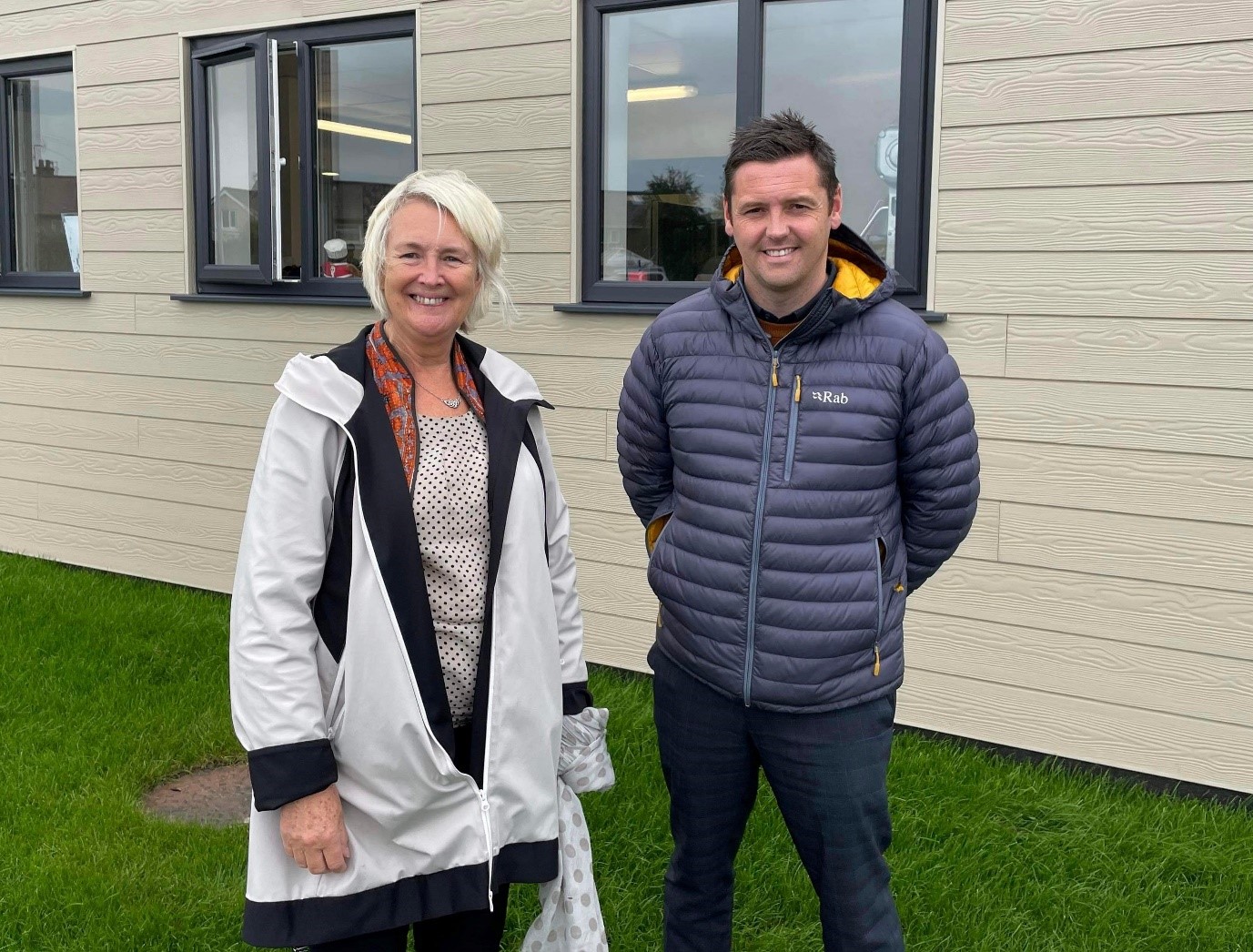 “Plaid Cymru also wants to see the policy having a ripple effect on the children’s education. We want to see pupils learn about where their food comes from, and to learn the importance of eating local produce that doesn’t have a negative impact on the environment.

“In the dire economic times we live in, Wales can say that it’s doing something proactive to support struggling families.

“This is why I got into politics, to make tangible differences to people’s lives. As a former Cabinet Member for Education, a former School Governor and as a parent myself, providing free school meals has been a personal aspiration of mine.

“Visiting a school in my constituency to see that aspiration being realised was an emotional moment.”