The campaign hopes to end violence against women 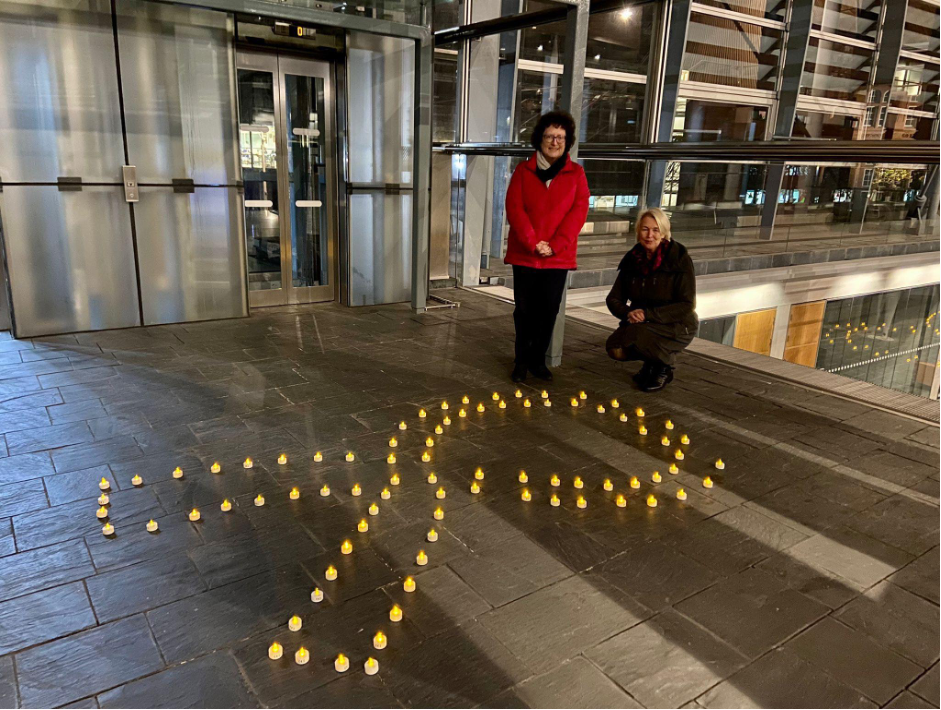 On Monday, the Member of the Senedd for Arfon joined others in marking White Ribbon Day, the campaign to end violence against women.

She was joined by the Llywydd Elin Jones MS in a vigil held at the Senedd building. White Ribbon UK is a charity that aims to end male violence against women by engaging with men and boys to make a stand against violence.

Their mission is for all men to make the White Ribbon promise to never commit, excuse or remain silence about male violence against women.

The United Nations’ ‘Elimination of violence against women and girls’ day is held on the 25th November. This day is also known as ‘White Ribbon day’, and the local MS marked the campaign’s “16 days of action” at a Not in My Name Candlelit vigil held on the steps of the Senedd;

“This occasion seems more pertinent than ever.

“The horrific murder of Sarah Everard earlier this year propelled the issue of male violence against women into the public’s eye, and subsequently led to other women sharing their experiences of assault by men.

“White Ribbon Day is all about raising our voices and urging men and boys to shoulder the responsibility to rid society of male violence against women.

“The statistical reality of the situation is dire.

“The average number of women are raped per day in England and Wales is 102.

“The situation is heart-breaking, and recent anecdotal evidence given by women of needle-spiking in social settings is terrifying.

“We shouldn’t have to be campaigning against this, but the stark realities show that we need to raise awareness of this societal scourge.”