The charity is the rehoming charity for greyhounds in Wales. 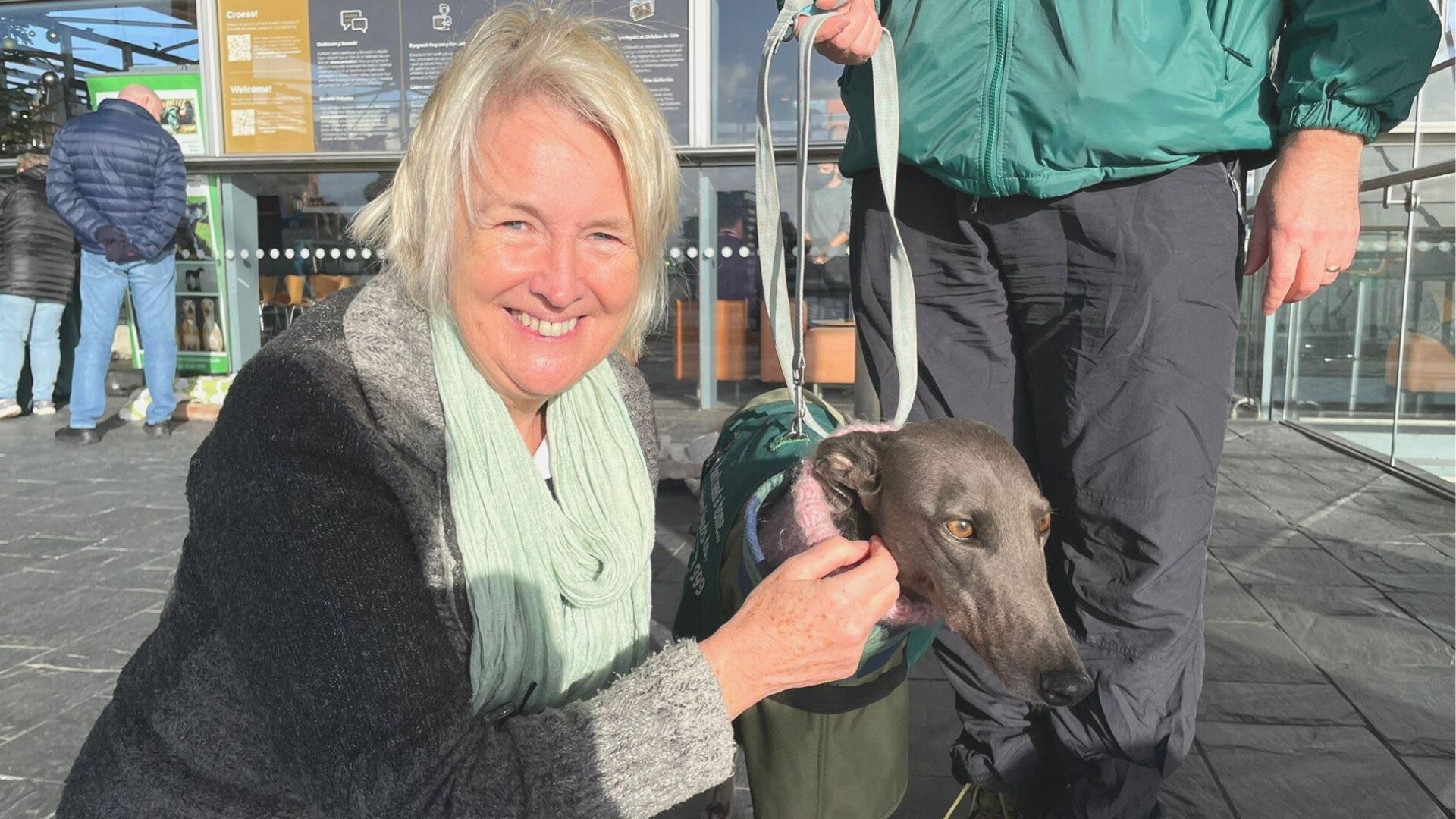 Greyhound Rescue Wales held a drop-in session on the steps of the Senedd today to discuss greyhound welfare and to meet some former racing greyhounds.

Siân Gwenllian MS, the Member of the Senedd for the Arfon constituency attended the event, sponsored by Luke Fletfher MS and Jane Dodds MS. It gave members an opportunity to meet former racing greyhounds and working lurchers that were rescued by the Welsh charity Greyhound Rescue Wales.

The dogs have been described by the charity as “gentle dogs who make wonderful companions”, and during the event charity volunteers and staff explained the welfare problems faced by such dogs.

Greyhound Rescue Wales began in 1993 with a small group of people including charity founder Alan Thomas to rescue Greyhounds and Lurchers in the Swansea area.

The charity has described their mission as follows:

“When they retire from their work greyhounds and lurchers deserve a future as they are gentle, sensitive dogs that make excellent family pets.

“Once rescued we work to move them from ‘kennels to cuddles’ in our rehoming centre or in foster homes till we find them loving ‘forever’ homes.”