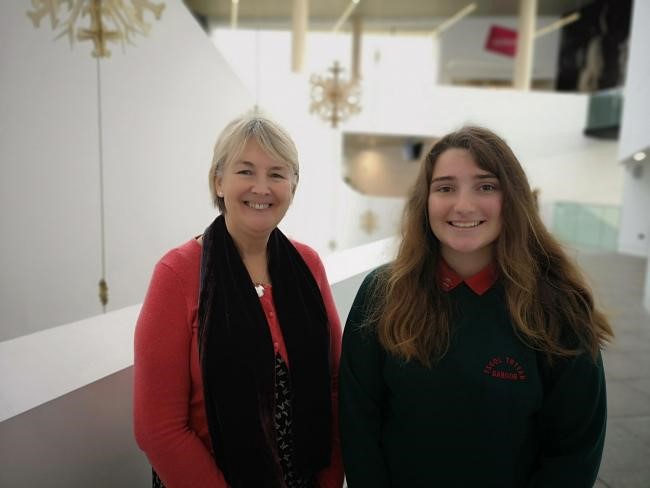 Siân Gwenllian MS has called for the young people of Gwynedd to “step up to the mark” in the upcoming elections for the Welsh Youth Parliament.

The Welsh Youth Parliament, which its inaugural elections were held in November 2018, consists of 60 members aged 11 – 18. The parliament prides itself on being a platform to talk about “the things young people want and need, and raising the issues that matter to Wales’ young people.”

40 of its members are elected electronically by Wales’ youth, and the remaining 20 are elected by “partner organisations” which include Barnardo's Cymru and Girlguiding Cymru.

Siân Gwenllian MS, who represents the constituency of Arfon in the Senedd said;

“The past few years have highlighted the crucial part young people play in our democracy.

“From their fervent work in highlighting the ever-growing climate crisis, to their passion fighting against injustices, such as the demonstrations that took place following the murder of George Floyd last year.

“It is their futures we’re discussing, and it’s their lives that are being hampered by challenges such as the climate emergency, Brexit, austerity, and the housing crisis.

“It is more important than ever that they step up to the mark and make their voices heard. I urge the youth of Arfon, Gwynedd, and Wales to consider the privilege of representing their homes in the Youth Parliament.

“If anyone is curious, or if you have any enquiries, please do contact me.”

“The Youth Parliament has changed my life for the better.

“It was a privilege to represent the Arfon constituency and raising issues that are of concern to young people today.

“As well as seeing with my own eyes that lobbying and negotiating and putting pressure on the Government can make a difference, I've also had experiences and friends that I will treasure forever.

“I urge anyone who desires to see change for the benefit of the young people of Wales to step forward and apply!”

Applications to stand in November’s elections are now open.

Prospective candidates can learn more about standing by following this link.