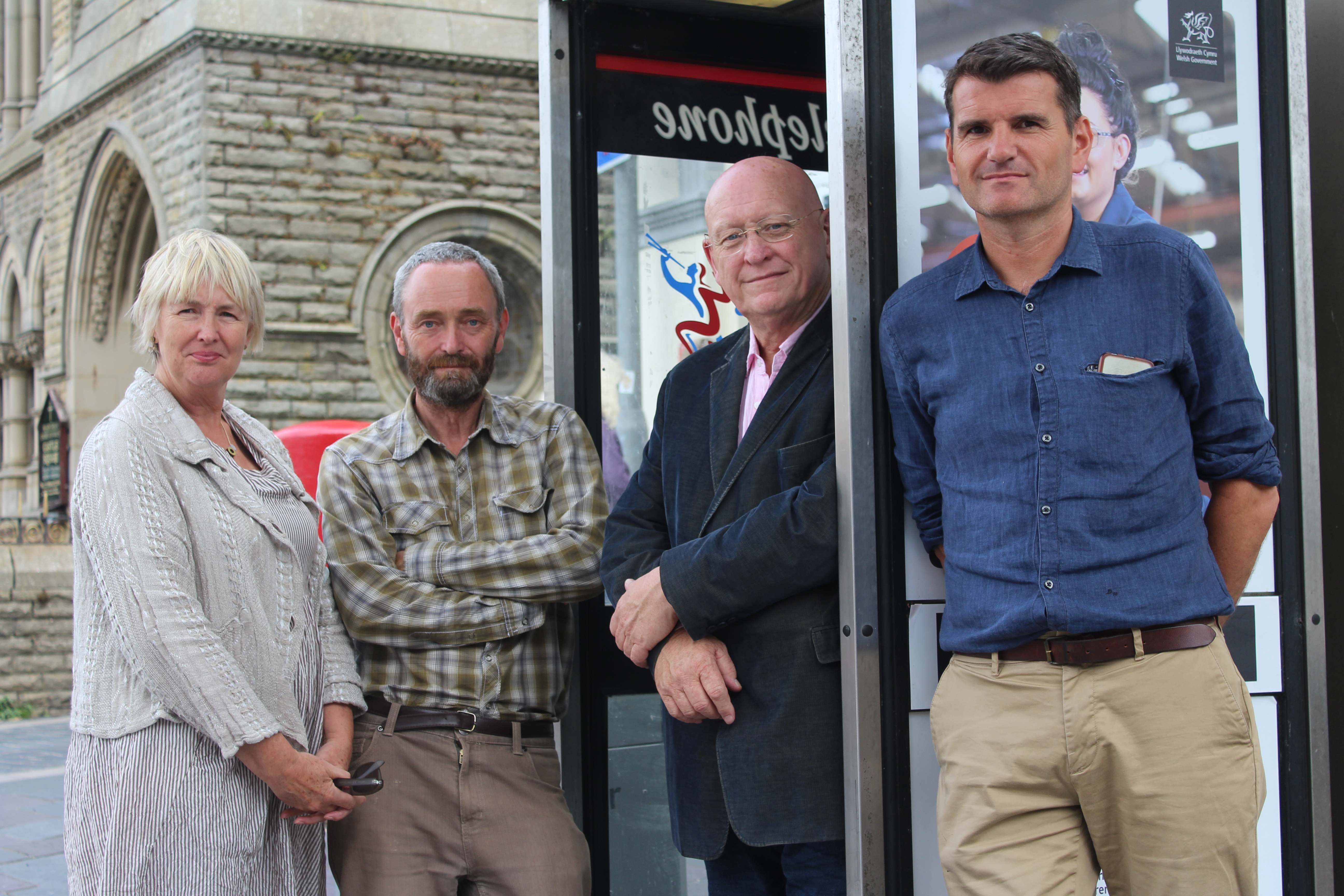 Plaid Cymru Member of Parliament for Arfon, Hywel Williams has given his full backing to a campaign to tackle anti-social behaviour and drug taking on the Maes in Caernarfon.

The local MP’s intervention follows repeated calls by local Councillors and Police Community Support Officers urging BT to remove one of their payphones on the Maes which is regularly used for drug taking. So far the telecommunications giant has refused to do so.

Local residents have voiced concerns about the proximity of the payphones to the Post Office with regular reports of drugs being used and dealt from the kiosks. Hywel Williams MP is now urging BT to listen to local concerns and take immediate steps to make it more difficult for the payphones to be used for anti-social activities.

‘Local Councillors and the Police have been working hard to address the problem of anti-social behaviour on the Maes and have made good progress, with increased police patrols and CCTV monitoring.’

‘However, justifiable concerns remain about the two payphone kiosks situated outside the Post Office which are regularly the subject of reports of drug taking and anti-social behaviour.’

‘Despite some steps already having been taken to deter criminal behaviour, my constituents remain concerned that these payphone kiosks serve as a hot-spot for drug related activity and they want to see BT take immediate action.’

‘I am disappointed that BT have so far refused to consider removing the kiosk closest to the Post Office and remove the advertising strips which make it much easier for drug takers to conceal their activities.’

‘I am urging BT to engage positively with the concerns of the local community and put the safety and security of my constituents before any commercial interest.’

‘I’m extremely disappointed in BT for failing to take this matter seriously. Their payphones on the Maes are causing significant problems for those who live, work and use the area.’

‘Any company which takes its responsibilities seriously would surely do all it could to assist in these matters.’