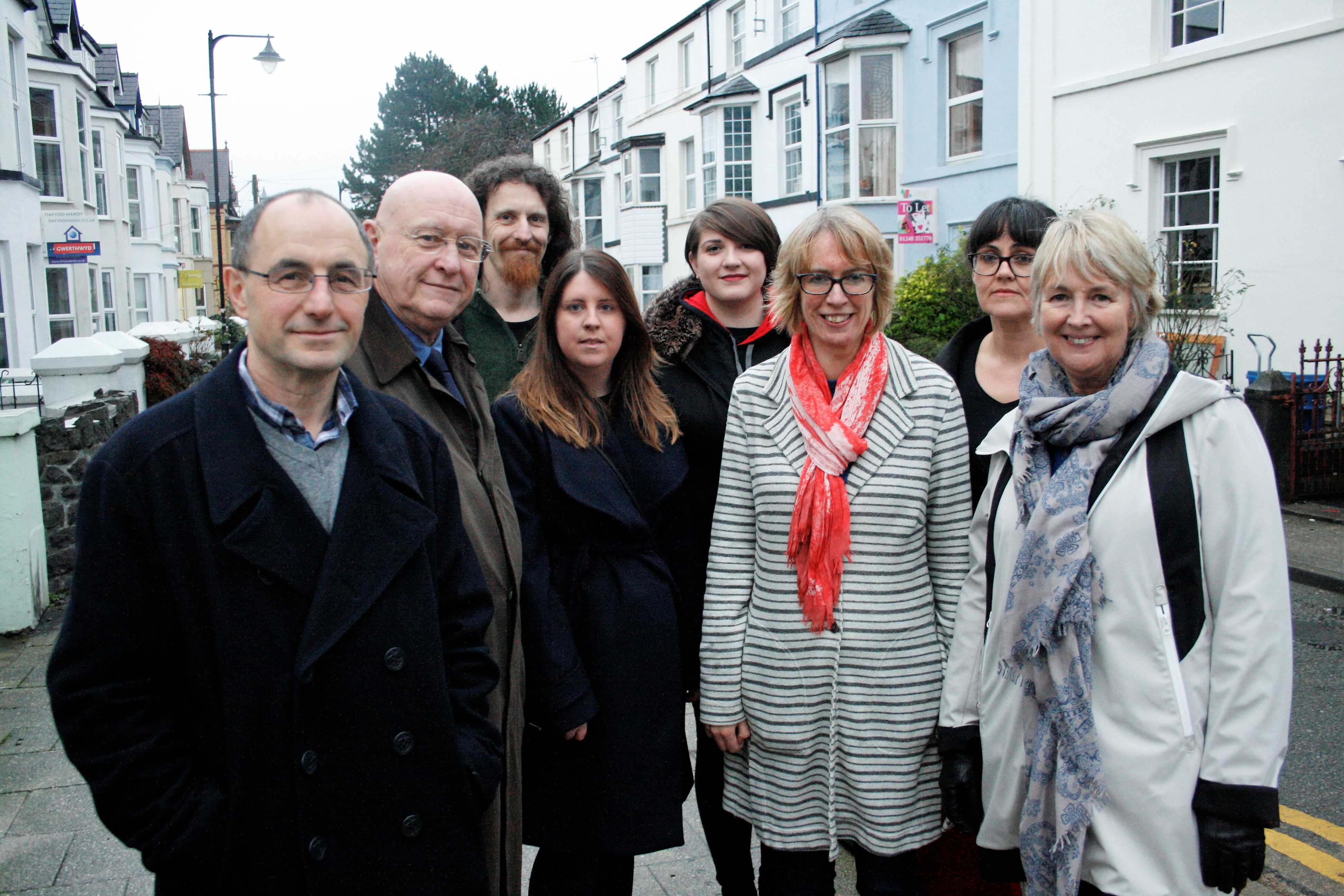 Plaid Cymru Member of Parliament for Arfon, Hywel Williams is backing calls to curb the number of ‘To Let’ signs across the City of Bangor, following concerns about the impact the proliferation of such letting boards is having on the character of local streets.

The Arfon MP is responding to concerns raised by Plaid Cymru Councillors across Bangor, who have been working with Gwynedd Council officers and partner organisations, including Bangor Students Union to try and reduce the number of signs across the city.

Suggested options include a voluntary Code of Conduct for letting agencies such as restricting signage to one sign per agency per street and using smaller, discreet boards.

‘Not only are they numerous in numbers but these signs have become a permanent fixture on many properties across Bangor adding to pre-existing concerns about neighbourhood safety and the negative visual impact on streets.’

‘People in Bangor feel very strongly about the proliferation of these signs. From local residents and community groups to students and even the Estate Agents themselves.’

‘I’m pleased there is already joined-up thinking on this issue and pay tribute to the work already undertaken by Gwynedd Council and partner organisations in Bangor to seek a practical solution to this pressing local issue.’

‘A substantial part of my Ward is a designated conservation area and streets such as College Road should be providing both local residents and visitors with a visually appealing approach to the University.’

‘Unfortunately, the excessive presence of these signs has led to some streets looking particularly cluttered and untidy, whilst also sending out the wrong message about empty properties in the City.’

‘I’m pleased that Gwynedd Council have taken my concerns on board including those raised by fellow Plaid Councillors in Bangor, with steps now being taken to try and bring the situation under control.’

‘Through a collaborative approach, I sincerely hope we see a reduction in the prominence of these signs across Bangor in the near future and I hope all local letting agencies will get on board with the initiative.’