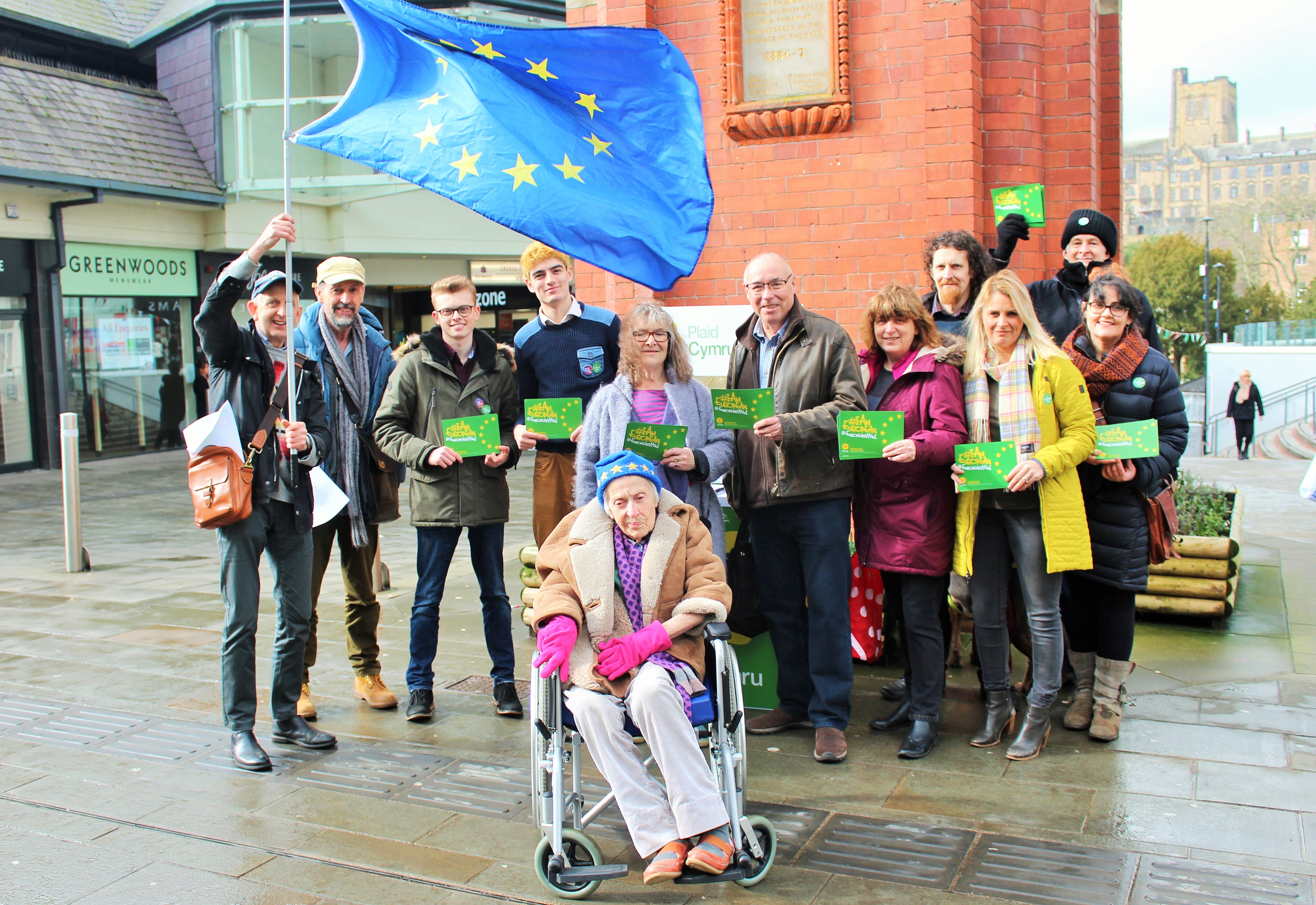 The campaign, being headed by Plaid MP for Arfon and Brexit Spokesperson Hywel Williams wants Welsh, Scottish, English and northern Irish citizens to be allowed to keep their European identity and citizenship after the UK leaves the EU.

Party activists and supporters were out in force in Bangor collecting signatures and talking to local people about the campaign.

European citizenship gives holders the right to travel, live, study and work anywhere in the EU and a wide range of other rights under EU law regarding health, education, work and social security.

‘The Westminster Government's Brexit plans needlessly strip us of our European citizenship and, in many respects, our European identity.’

‘It means that you will no longer be a European.’

‘Stripping people of their citizenship against their will is not only wrong but according to legal experts, illegal under international law.

‘The Westminster Government not only wants to risk people's wages, mortgages and pensions through leaving the Single Market and Customs Union; it wants to take away who we are and how we define ourselves - our identity.’

‘I am a European - a Welsh European, and no government, state or Brexiteer should be allowed to take that away from me or anyone else.’