Health board needs to apologise for vascular service "mess"

The MS claims people have been “deceived” 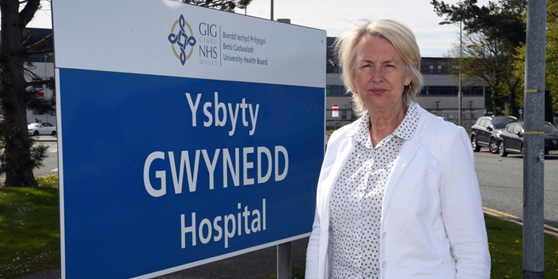 The MS’ comments were made following claims made by Pete Calley's family that the reorganisation of vascular services in north Wales is to be blamed for his leg amputations.

Esyllt Calley says her husband is facing losing his legs due to a "flawed" reorganisation by the local health board.

Siân Gwenllian MS represents Arfon in the Welsh Parliament and has said that it was a "grave mistake" to reorganise the vascular services in north Wales.

The local MS’ constituency includes Ysbyty Gwynedd, and she’s now calling on the health board to "apologise wholeheartedly" for the "mess" of north Wales vascular services.

“I have been supporting Pete Calley and other families from my constituency who have been badly affected by the questionable decisions of the Health Board.

"Pete's story is heart-breaking and I wish him well in Liverpool, but I am deeply concerned about the huge decline in vascular services in north Wales.

“Pete should not be in Liverpool today. There was no sense in dismantling the world-famous unit at Bangor - I said that at the time; many of us argued against the reorganisation at the time but it went ahead regardless - and unfortunately, our doubts have been realised, and Pete Calley's sobering story is very real evidence of that.”

According to Esyllt, she feels she has "lost the man she married."

According to Siân Gwenllian MS, the vascular services led by Professor Dean Williams were "described as world-class."

The MS claims people have been “deceived”

“The health board needs to apologise fully and unreservedly for this mess.

“There was no need to dismantle the great unit and lose all the expertise that was at Bangor.

“If there was a need to restructure, why couldn't they have built on the service in Bangor - establish that as the main centre.

“We were deceived - the emergency vascular service and other elements of care were due to remain in Bangor after the reorganisation - that has not happened and has rubbed salt in the wound.

"The Health Board needs to issue a full apology, restore the unit and publicly admit the harm that has been caused - for people like Pete and others caught in the middle of the mess."