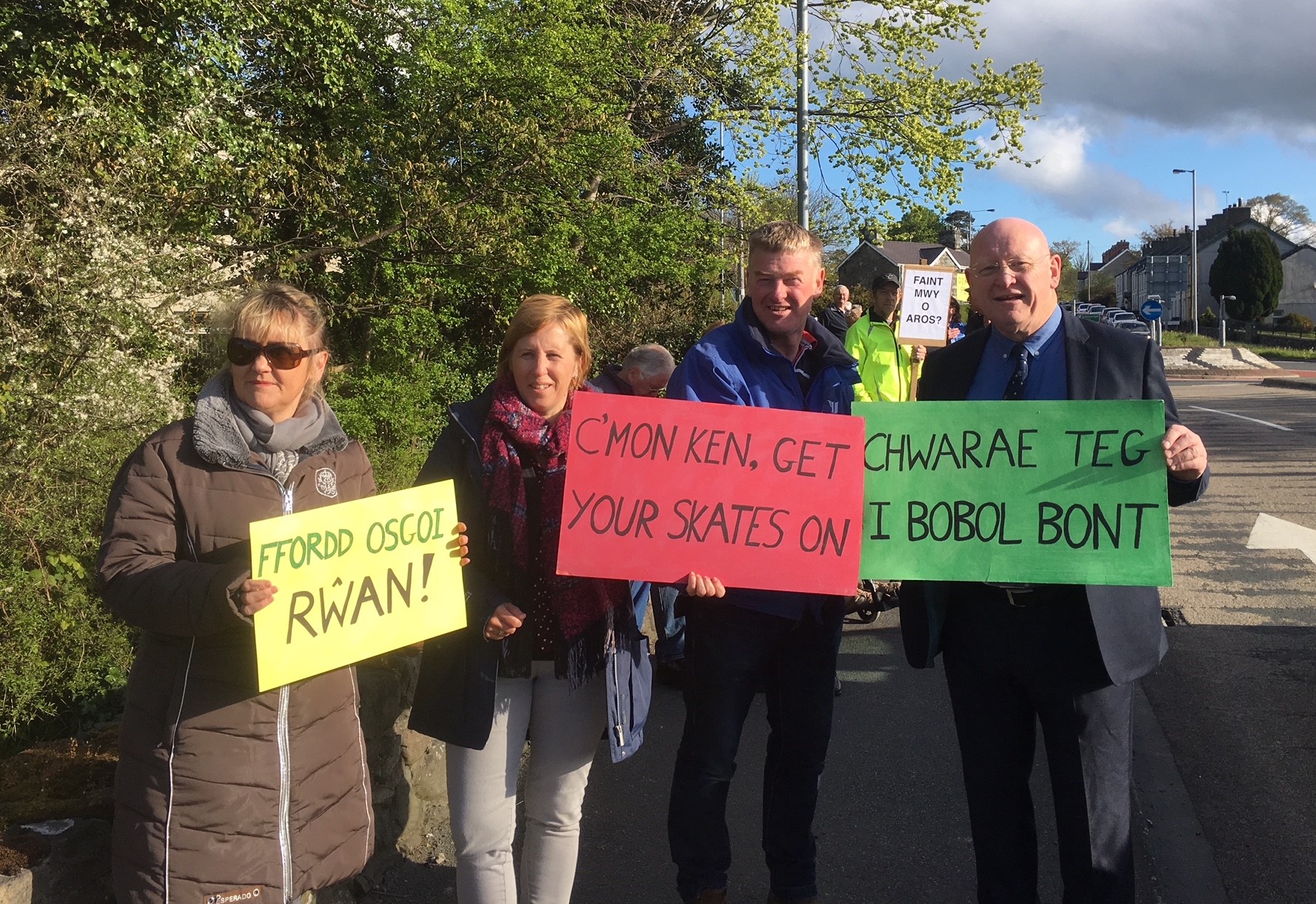 Plaid Cymru Arfon’s Hywel Williams MP and Siân Gwenllian AM joined a large turnout of local residents and campaigners in Bontnewydd at 8.00am this morning (Monday 30.04.18) to repeat calls for the Welsh Labour Government to confirm a start date for the Caernarfon Bypass.

Welsh Labour Government Transport Secretary Ken Skates said a decision would be taken ‘in the New Year’ yet there has still been no progress.

Over 60 people were present at the protest with placards calling for action. Their calls were vociferously supported by passing motorists who indicated their support by the continued tooting of horns.

Hywel Williams MP and Siân Gwenllian AM have made repeated attempts to elicit clarity from the Welsh Labour Government as to why work on the £90 million scheme has not started, despite repeated assurances and guarantees which have not been met.

‘By now public frustration locally at the lack of progress and indeed, the lack of any clarity from Welsh government is boiling over.’

‘People are coming up to Sian Gwenllian and myself almost every time we are out and about in Caernarfon and the surrounding villages wanting to know what on earth is holding back the bypass and why progress seems to be at a standstill.’

‘People are really frustrated by the continual delays to the project. It was supposed to begin in 2016 and to be ready this year. Noisy, dirty congestion in the area remains a huge problem for local people, day in and day out. What is the Minister playing at?’