VITAL: Plaid AM calls for devolution of broadcasting to Wales 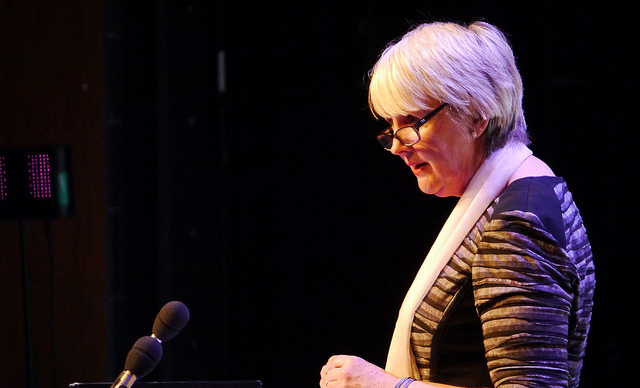 Plaid AM makes the case for "made in Wales, for Wales" news culture

Plaid Cymru's Sian Gwenllian AM has today said that the devolution of broadcasting is a "vital" development if Wales's voice is to be heard in the "turbulent times" caused by Brexit.

Speaking ahead of her party's Assembly debate on the devolution of broadcasting on Wednesday, Sian Gwenllian AM said that a lack of plurality in the Welsh media coupled with a slow decline in output was "stifling debate" and holding back political education in Wales with so many people consuming their news from outlets from across the border.

"Broadcasting is important to the sustainability of viable democracy in Wales.

"The recent significant decline in some media outlets' broadcasting hours coupled with significant cuts to S4C are a cause for concern. There is also a lack of support for Welsh-language media which we want to see given far more scope to develop in terms of content production, publication and distribution.

"Wales faces turbulent times with the decision to leave the European Union posing a real threat to our nationhood. We must find our own distinct voice and make sure that it is heard in all decisive debates and decisions.

"This will not be achieved unless we create the conditions that will foster a "made in Wales, for Wales" news culture offering the plurality which is so seriously lacking at the moment.

"At present, the majority of people consume their news from outlets from across the border with a London-centric focus and an abject lack of understanding of devolution.

"With broadcasting reserved to Westminster, democratic debate in Wales is being stifled while political education is hampered. A third of those polled last year still believed that the UK Government ran the Welsh NHS.

"Plaid Cymru hopes that we can secure the support of the majority of parties in the Assembly in favour of taking the first steps towards putting the future of Welsh broadcasting in our hands.

"All we ask for is a decision to investigate the practicalities of devolving broadcasting to Wales as part of the drive to inform and educate the electorate about politics and life in our country."