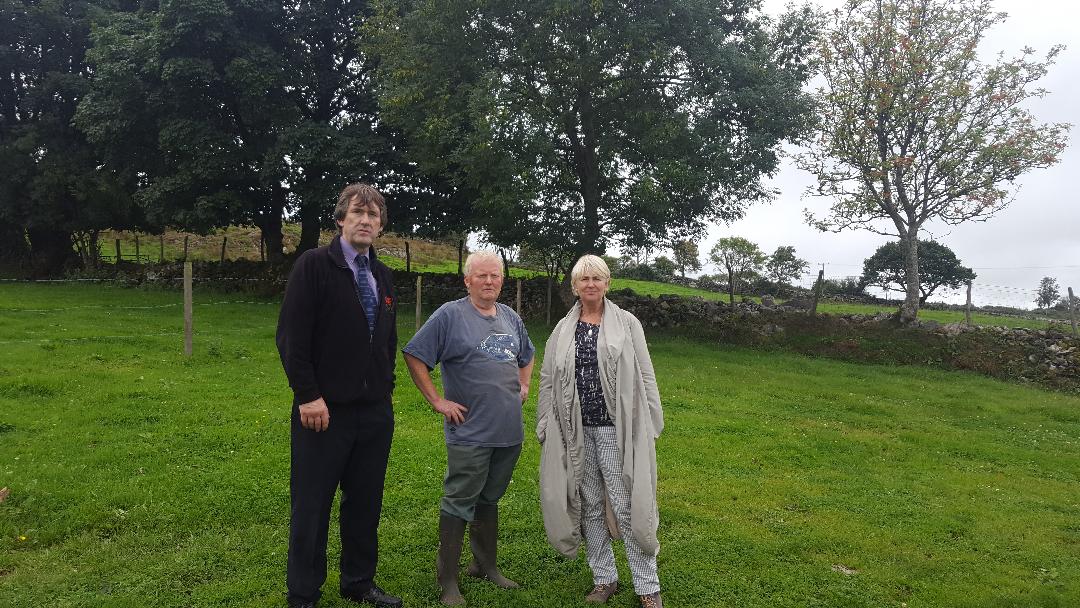 Following a visit to a farm near Rhostryfan in the Arfon Constituency, the Assembly Member for the area says the Welsh Government must offer urgent financial assistance to farmers facing difficulties in producing food for their animals. This follows this year’s extreme weather conditions that has limited crop and food-stock production.

The freezing ‘Beast from the East’ at the beginning of the year coupled with an unusually dry, hot summer weather has slashed silage crop production and increased the cost of feed. With farm support payments not scheduled until the end of the year, farmers will be facing financial and practical difficulties in sourcing sufficient and affordable feed for their livestock.

Pyrs Jones said: “I won’t have any choice but to sell the livestock sooner than anticipated and I hope to get a fair price. This time last year I had harvested 400 big bales of silage. But this year I only managed to harvest 225 and have already used 50”.

“A year of extreme weather conditions has led to soaring costs for farmers across Wales.

“As the heart of our rural economy and community, the Welsh Government has an obligation to ensure our farms are properly supported.

“As agricultural shows continue over the summer, it has become clear that concerns over the looming crisis on feeding livestock on Welsh farms is widespread.

“The Welsh Government should implement a loan scheme similar to that in Scotland for Wales. It also must provide practical support to help source and transport sufficient feed later in the year.

“For the sake of our rural communities the Welsh Government must now act with urgent financial assistance.”

“Not only will Mr Jones’s costs over the next few months be increased, he will also have a reduced income as he will not be able to take sheep on tack over winter and we urge the government to support the industry during this anxious time.”