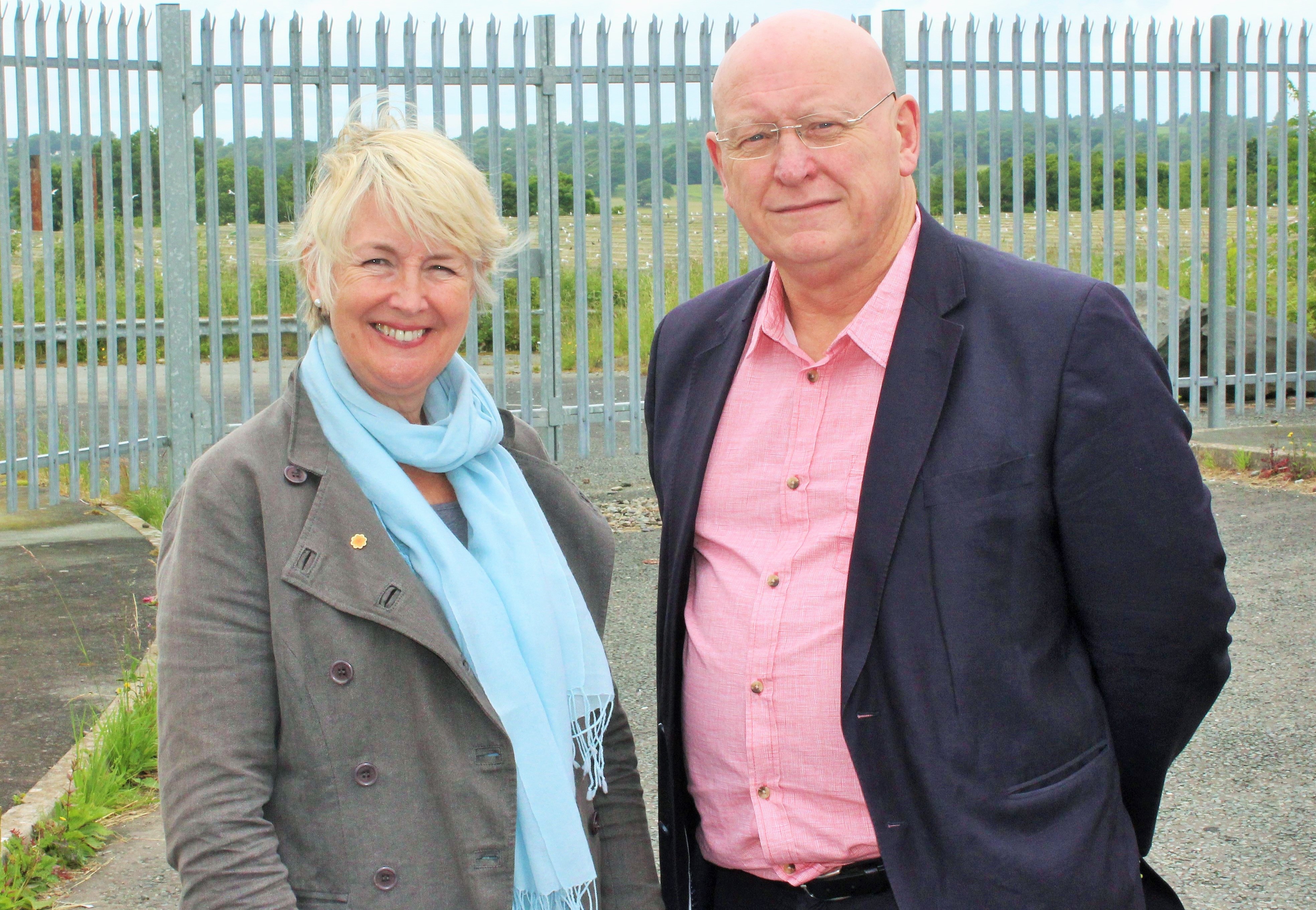 Plaid Cymru Member of Parliament for Arfon Hywel Williams and Assembly Member Siân Gwenllian have warned that farming communities in north Wales face a ‘perfect storm’ of destabilising and sweeping cuts to their incomes as the Welsh Labour government push ahead with controversial plans to scrap basic farm payments.

Concerns have been expressed that many farmers will be exempt from the new payment scheme, losing all the help they have previously relied on to survive. This will be compounded by the disastrous impact Brexit will have on the rural economy, leading to fears that this cumulative set of circumstances could put many local farmers out of business.

Both Hywel Williams MP, the only north Wales MP on the Brexit Select Committee and Siân Gwenllian AM have taken the matter up with the Welsh and Westminster governments, pressing for the continuation of the basic farm payment scheme and urging the Welsh Labour government to replicate arrangements in Scotland, northern Ireland and the EU, where farmers will maintain access to the payments. Siân Gwenllian AM has also submitted a series of questions to the Welsh government following a meeting with farming unions last week.

‘Having been in contact with farmers in my Arfon constituency, I am deeply concerned about Welsh Labour Government plans to replace the basic farm payment scheme with the yet untested Land Management Programme at a time when the industry faces up to the realities of a post-Brexit rural economy.’

‘This new scheme being consulted upon raises several potential problems and many farmers will be denied the necessary support due to a new eligibility criteria, meaning they will lose out on help which has served as a backbone to the viability of their business.’

‘In 2016-17 51% of Welsh farmers made a loss or would have made a loss had it not been for the basic payments. Recognising the crisis that this represents, both Scotland and Northern Ireland are continuing with the payments and farmers throughout Europe will also be receiving them, having had the payments ring-fenced in response to the prospect of economic instability following Brexit.’

‘Welsh Government is going in precisely the opposite direction - destabilising one of our key industries at a time when it desperately needs some financial security.’

‘Plaid Cymru will be putting pressure on Welsh Government to think again, and indeed to think for one minute about the potential effects of their proposal. Wales needs its farms, and our farmers need support.’

‘It is vital that that all farmers should continue to receive a basic income. Plaid Cymru believes in maintaining a basic income style payment, linked and tapered with additional payments for wider environmental, so as to ensure the maintenance of the family farm in Wales.’

‘Any new system post-Brexit must direct support to active farmers rather than rewarding land ownership in itself. It needs to be ensured that all active farmers continue to be supported in the difficult years ahead as we transition into a new system of payment by outcomes.’

‘It is vital that the family farm continues in Wales as farmers – whether they are land owners or tenants – are the stewards of our environment. They also contribute economically, socially and culturally.’

‘We are urging farmers in Arfon to make their voices heard through responding to the consultation.’