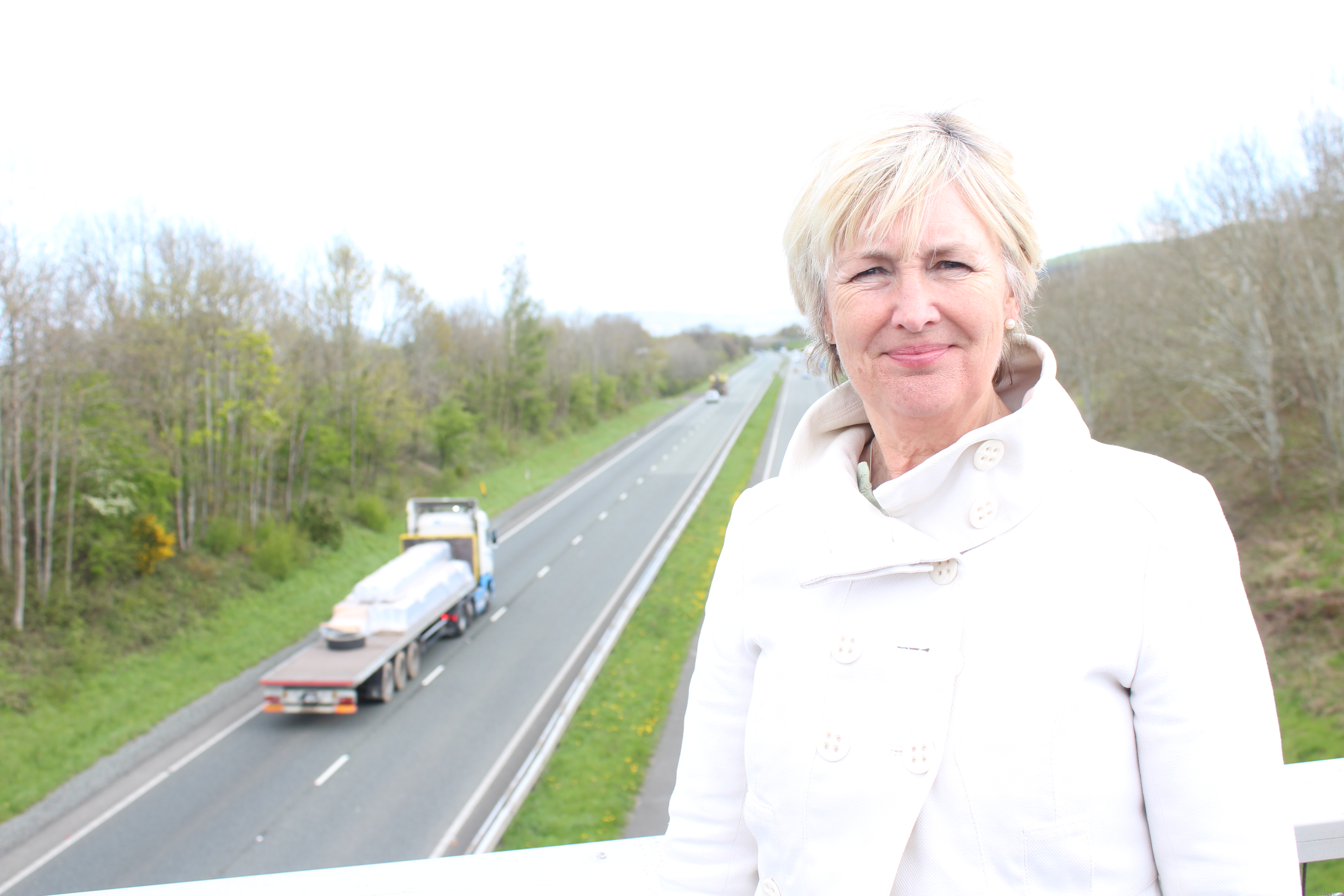 Plaid Cymru Assembly Member for Arfon Siân Gwenllian has been selected unopposed to stand for the party at the 2021 Welsh Parliamentary Election.

Addressing the Plaid Cymru Conference in Bangor (22.03.2019), Siân Gwenllian said it had been a ‘massive honour’ to represent the constituency for the past three years. She was selected by Plaid Cymru members following a series of hustings in Bangor and Caernarfon.

Since her election in 2016, the Plaid Cymru AM has been at the heart of public campaigns to safeguard local health services at Ysbyty Gwynedd, succeeding in preventing attempts to downgrade full maternity provision at the local district hospital and leading efforts opposing cuts to emergency vascular care in north west Wales. She also spearheaded the campaign to expand medical education at Bangor University, which means that for first time doctors will be based in Bangor for their medical training.

‘For nearly three years, I’ve had the massive honour of representing the people of Arfon in our national Senedd and I’m delighted to have been selected again as the Plaid Cymru candidate for this incredible and diverse constituency.’

‘I am heartened that Plaid Cymru members here in Arfon have once again put their trust in me to take forward Plaid Cymru’s inspiring programme for government, which the people of Arfon and Wales deserve and badly need.’

‘Since my election, I’ve persistently fought for the rights of my constituents to access local health services in the face of increasing attempts by the local Welsh Labour government-run health board to cut services and downgrade patient care.’

‘Nothing matters more to people than their own health and I will to continue to vociferously defend the rights of my constituents to access health services in their communities, whilst championing the hard work of our local NHS staff.’

‘I am proud to have successfully and collaboratively fought off attempts to downgrade full maternity care at Ysbyty Gwynedd when attempts were made to centralise the service at Ysbyty Glan Clwyd, putting the lives of mothers and babies across north west Wales at risk.’

‘With the same vigour, I will continue to oppose the removal of emergency vascular care from Ysbyty Gwynedd as the Welsh Labour government continues to defy public opinion and expert advice in a cynical attempt to chase votes at the expense of patient safety.’

‘Thanks to concerted efforts from Plaid Cymru, local GPs, Bangor University and leading medical organisations, the Welsh government finally yielded to pressure and confirmed that would-be doctors will be able study at Bangor University throughout their training from 2019, as part of plans to expand medical education in north Wales. A further step to establishing a Medical School in north Wales.’

‘‘I look forward to reaching out to communities across Arfon in the run-up to the 2021 election and will continue to knock on as many doors as I can to listen and help address the bread and butter issues that concern local people.’