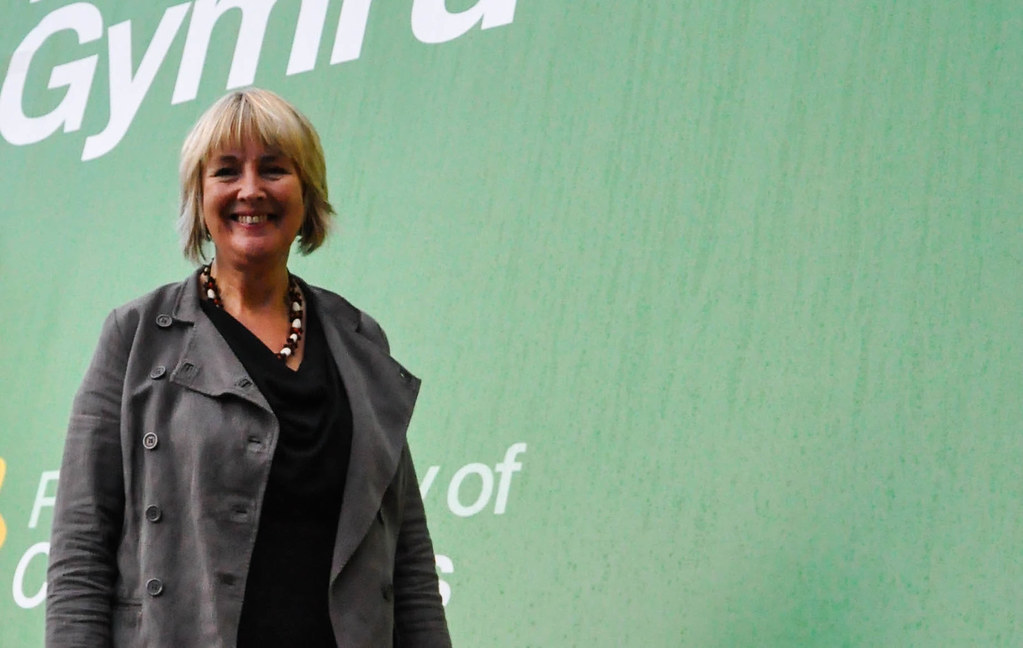 Siân Gwenllian is urging all those eligible for the free flu vaccine to protect themselves against catching or spreading flu, which is a debilitating and potentially deadly illness.

Siân Gwenllian, who represents Arfon is joining calls being made by leading health professionals urging people aged 65 or over, carers, pregnant women and those with certain long-term illnesses to make an appointment with their local GP and get the free flu vaccine soon.

Siân Gwenllian said: “A major immunisation programme is underway throughout Wales to offer flu vaccines to individuals most at risk of serious complications from flu, and my message to them is ‘beat flu before it beats you!’
“Last year in Wales less than half (47%) of those in at-risk groups under the age of 65 took up their free NHS vaccination, and we really need to significantly increase the numbers of people being vaccinated in order to prevent the spread of this largely preventable illness.”

Commenting, Dr Richard Roberts, Head of the Vaccine Preventable Disease Programme at Public Health Wales, said, “Flu vaccine is strongly recommended for everyone at higher risk of severe influenza, a group which includes those aged 65 or over, people who have long term health conditions, pregnant women as well as all two to seven year olds. Flu vaccination is available free for all these groups, and also for those who are unpaid carers. This year the NHS is also providing free vaccination for morbidly obese adults – that is adults with a body mass index (BMI) of 40 or above.”

Dr Roberts added “Most people who catch influenza (or ‘the flu’) usually recover after 4-5 days of fever, headache, aching muscles and sore throat. But influenza can also be more serious and require hospital care. Last winter, as in most winters, there were many deaths from influenza.”

It is possible to prevent flu with a simple, safe vaccination which is offered each year at GP surgeries and at some community pharmacies for those in ‘at risk’ groups. This is to protect against a potentially avoidable, serious infection as flu can make a current health condition worse.

The flu virus is spread easily via droplets which are sprayed into the air when an infected person coughs or sneezes. Direct contact with contaminated hands or surfaces can also spread infection. It can spread rapidly, especially in closed communities such as hospitals, residential homes and schools.

‘At risk’ groups include; all pregnant women, and individuals from 6 months of age with chronic respiratory disease, including moderate to severe asthma, chronic heart conditions including angina and heart failure, kidney disease, liver problems or neurological disorders (such as stroke and mini stroke) as well as anyone with diabetes. Morbidly obese adults are also recommended to have flu vaccine.

A further group at significantly increased risk of severe influenza are those with weakened immune systems due to disease or treatment with certain drugs, such as those receiving treatment for cancer or conditions such as severe rheumatoid arthritis.
Everyone aged 65 or over is at increased risk from flu and recommended to have a flu vaccine each year.

Readers can find out more about how to get their free vaccine by visiting www.beatflu.org or www.curwchffliw.org, or finding Beat Flu or Curwch Ffliw on twitter and facebook.