Campaign to curb ‘To Let’ signs across Bangor yields results 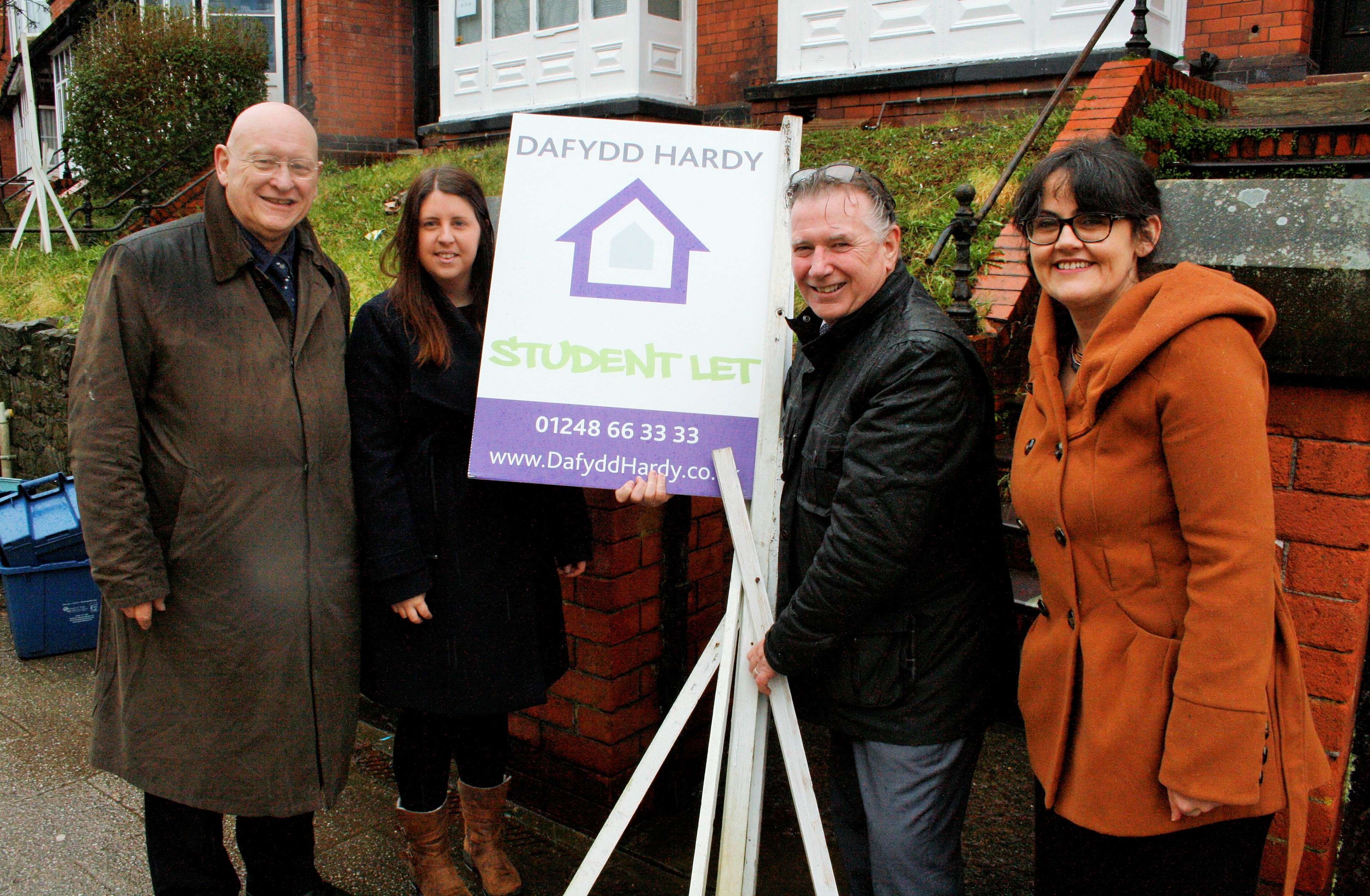 Letting agencies in Bangor have agreed to remove ‘To Let’ signs from properties in the city after concerns were raised about the impact the proliferation of such letting boards was having on the character of local streets.

Dafydd Hardy, Williams and Goodwin and Varsity have all agreed to remove their signs from properties in the city. It is estimated that around six hundred signs will be removed altogether.

The move has been achieved through the work of the Bangor Image Group (compromised of local councillors, housing agencies, estate agents, and Gwynedd officers).

‘Since the election last May, we’ve been working with Gwynedd Planning officers to try and reduce the number of signs around the city; we’re very grateful to them for their hard work on this issue.’

‘They are currently preparing a voluntary code of conduct for estate agents to follow to ensure a long term reduction in the signs.’

‘But we’re very grateful to the agencies who attended the Bangor Image meetings (which comprise of councillors, housing agencies, the university, Undeb Bangor and Gwynedd officers) who declared that they would take signs down immediately.’

‘This has had a positive impact on the visual appearance of the city, and we hope that other agencies will follow suit.’

‘I’m pleased there has been joined-up thinking on this issue and pay tribute to the work undertaken by Gwynedd Council and partner organisations in Bangor to seek a solution to this pressing local issue.’

‘I’d also like to thank Dafydd Hardy for leading by example and being the first of three letting agents to remove to-let signs in the City of Bangor.’

‘People in Bangor felt very strongly about the proliferation of these signs. I’m pleased steps have now been taken to bring the situation under control.’

‘We are very proud to have initiated the decision to remove all the Student boards; we now need all other agents to follow our example.’