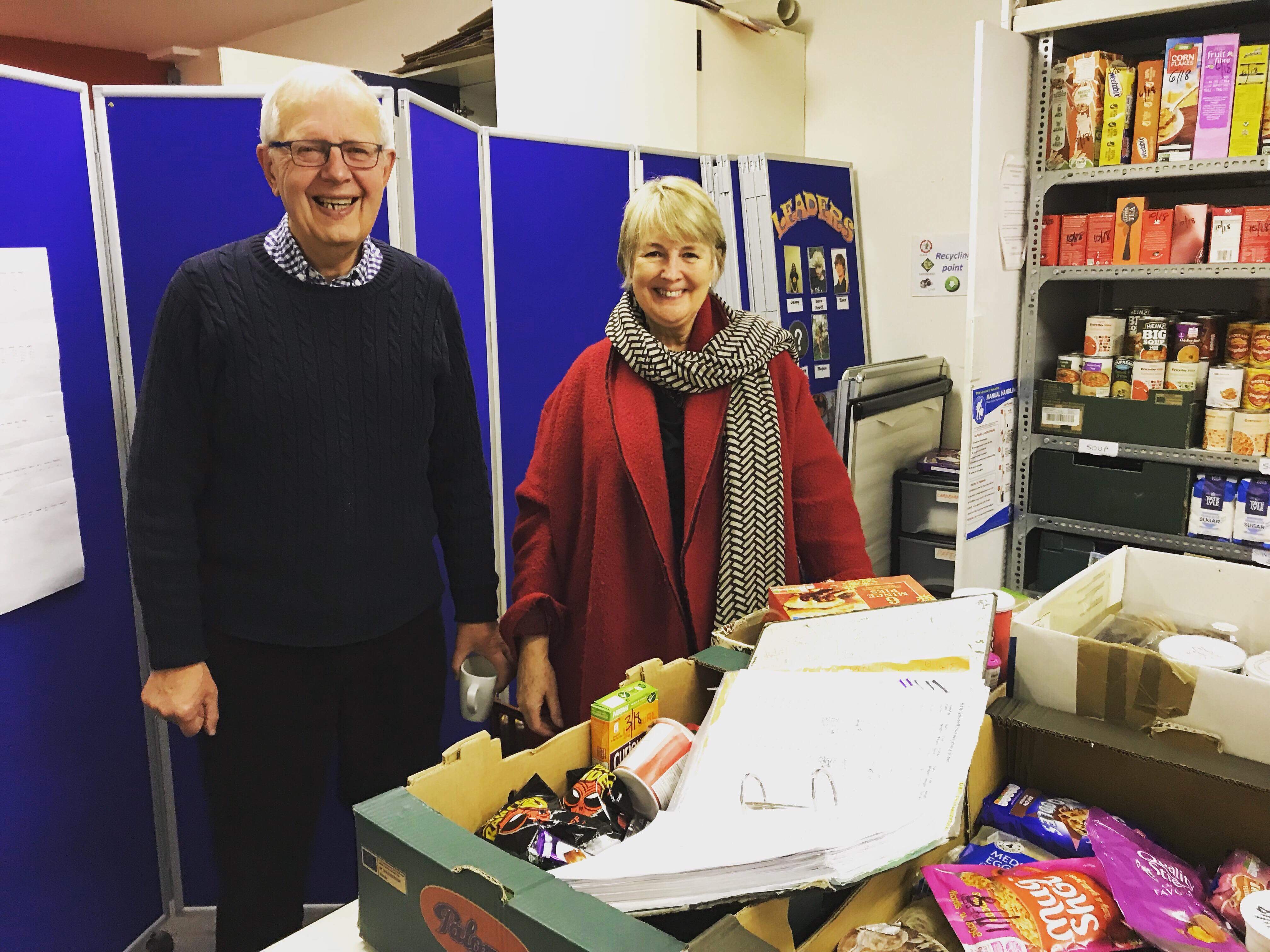 For the second year running Plaid Cymru Arfon have held the Reverse Advent Calendar campaign which encourages people to give to the needy every day during the period leading up to Christmas. The idea is to place an item of food in a box every day during the advent before delivering it to a local food bank before Christmas. In order to facilitate this Plaid Cymru Arfon have made their office a drop-off centre for people who want to donate, with Plaid members and councillors collecting from people’s homes too. All donations were handed over the Caernarfon and Bangor food banks on the Friday before Christmas.

Said Sian Gwenllian: “The people of Arfon have responded with great kindness and generosity to our campaign again this year so that the local food banks do not run low over the festive season, and 200kg of food were collected and donated between Caernarfon and Bangor. Both food banks are busy all year round of course but families on low income find it harder than ever at this time of year to make ends meet as they are expected to pay for extras. The cold weather is also a factor with many people having to choose between heat and food. It’s a heartbreaking situation to be honest.”

Food bank usage increases year on year with a larger number of working families needing their help. Low wages and zero hour contracts are often to blame and people need food to tide them over until the next pay cheque. According to the latest Trussel Trust figures 208,956 parcels were given out to children during April and September this year. Gwyn Williams from the Caernarfon food bank said:

“We see the need for our service rise every year and we’re lucky that people’s generosity increases with the need for food. Delays in benefits are the most common cause of people needing to come to us and more than half the people we feed come to us either because of benefit sanctions or because of a change in their circumstances that means a delay of perhaps five or six weeks in their benefit.”

Said Hywel Williams: “It’s a very sad situation that we need food banks at all, and they have become the ‘norm’ in our towns and cities which says a great deal about the inequality in our society today. I wouldn’t like to imagine where the needy in our communities would be if it wasn’t for this service, and I am very thankful to all those who have given so generously this year and to the volunteers running the food banks.”