AVANTI SHOULD BE STRIPPED OF WEST COAST FRANCHISE FOR DIRE SERVICE SAYS MP. 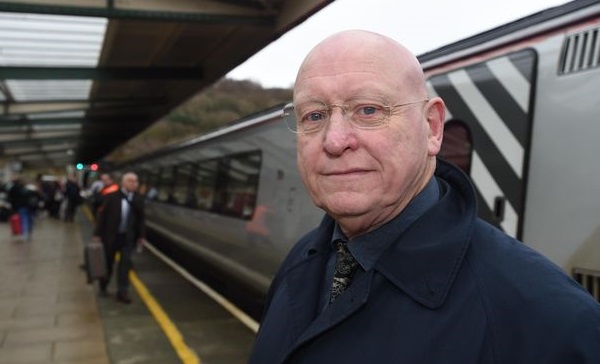 Plaid Cymru Member of Parliament for Arfon Hywel Williams has called on the newly appointed Transport Secretary to strip Avanti of the West Coast Main Line franchise for its dire service to commuters in north Wales.

Addressing the House of Commons during an Urgent Question on the ongoing problems with Avanti West Coast services, Hywel Williams MP said the franchise should be replaced with a public service as is the case with the railway network in Germany.

The train operator which runs services on the North Wales Main Line through Bangor is now running drastically reduced services until further notice with the cancellation of the majority of direct services from north Wales to London Euston.

Ticket sales have been suspended, timetables have been drastically altered, services substantially reduced and of those trains operating, most are packed - all of which is significantly impacting commuter journey times.

The Plaid Cymru MP said some of his constituents were even driving the nearly 300-mile journey to London to avoid using Avanti services.

Speaking in the House of Commons, Hywel Williams MP said:

'The train service to Bangor in my constituency and along the vital Irish route to Holyhead was never great. Now it is dire, with trains cancelled, trains late, trains packed, and ticket prices sky high.'

'Visitors to north Wales are abandoning the train in Crewe and taking to their cars. My constituents are driving all the way to London rather than take the train. So much for Union Connectivity. So much for green travel.'

'Is it not clear to the Minister that Avanti West Coast should lose the franchise and be replaced with a public service as in other more developed countries such as Germany?'

'Rail-users in north Wales are being greatly inconvenienced by the continued reduction in services with no direct North Wales to London trains now running from my constituency where there was once two or three a day.'

'The north Wales Main Line is a economically important route and also serves to connect the port of Holyhead with the rest of the UK rail network.'

'People deserve certainty and confidence that their train will run on time. Without a reliable timetable, the ability to book tickets in advance and trains that actually turn up – it is very difficult for people to plan ahead with confidence.'

'Commuters across north Wales now face significantly increased journey times compounded by very poor communication and a completely unreliable timetable. This disruption is both bad for business and bad for leisure travellers.'

'In addition to revoking Avanti's franchise, the Government should concentrate its efforts on upgrading the north Wales line and press ahead with electrification so that my constituents and those across north Wales benefit from a faster, more reliable cross-border connection, giving north Wales parity with rest of UK.'

'With a sound case for the electrification of the north Wales line, people in Arfon want to know why it’s not happening now and why priority is being given to HS2, a white elephant of a project which will take years to complete.'