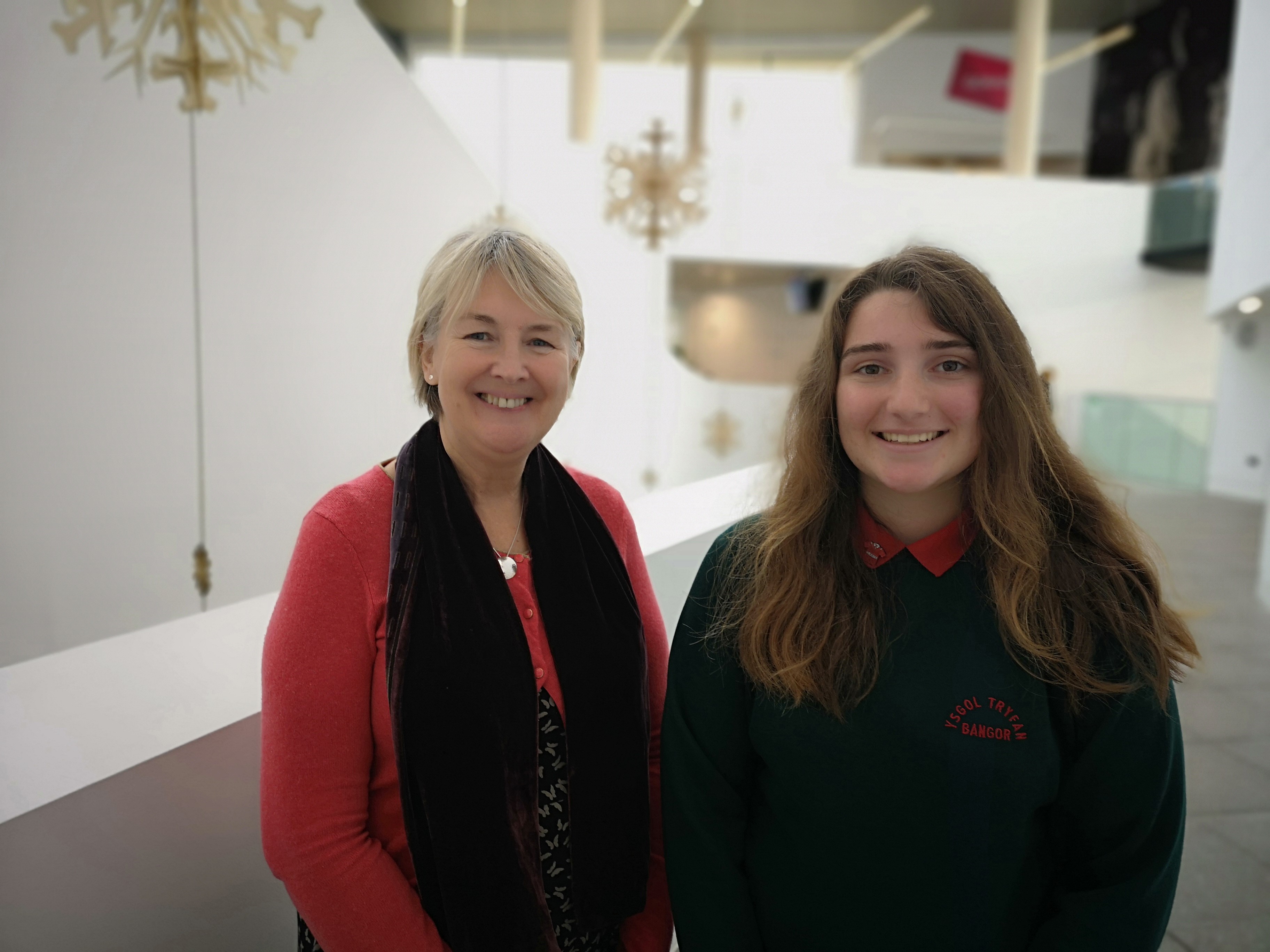 The new member for Arfon in the Youth Parliament of Wales is Brengain Glyn Williams from Felinheli near Bangor, and she campaigned on a manifesto of expanding the use of Welsh in society, the inclusion of Welsh History on the curriculum and free travel passes for young people.

Last week the names were announced of 60 young people who have been elected to represent young people across Wales in the Youth Parliament of Wales. Hundreds of young people aged between 11 and 18 stood as candidates campaigning on issues of importance to them, while other young people of the same age registered to vote for their candidate of choice, based on a short personal manifesto.

The Assembly Member for Arfon, Sian Gwenllian –also from Felinheli – has welcomed the new Parliament as it will give young people a voice on matters of importance and relevance to them.

“I’m very pleased that a local girl from my village has been elected to the Parliament,” said Sian Gwenllian, “and I’m looking forward to working with her over the next two years in order to develop a greater understanding of the issues that are important to young people – the challenges they face, and the matters they would like to see becoming policy in the Assembly in Cardiff.

“In the next election in 2021 young people aged 16 and 17 will be able to vote for the first time, so having a Youth Parliament with representation from all parts of Wales is a key step in developing young people’s interest in and awareness of politics.

“I extend my warmest congratulations to Brengain, and the matters on which she has campaigned are of great interest to me, so I will be discussing with her what can be done to possibly implement some of her wishes in these areas.”

Brengain Glyn Williams is a Year 11 pupil at Ysgol Tryfan, and is studying History, Religious Education and Physical Education as her chosen subjects. She has always taken an active interest in politics and in what goes on around her.  “I’m really looking forward to discussing all kinds of important issues with my co-members,” said Brengain Glyn Williams. “We will be having area meetings in January and then meeting as a full Parliament in Cardiff – it’s all very exciting!

“I was told that I’d been chosen to represent Arfon a full week before the announcement and it was so difficult to keep the news to myself! I only told my parents – even my brother didn’t know until the day of the announcement. I’ve always taken an interest in current affairs, but now that my brother is studying Politics at University, my interest has definitely increased.

“Once I heard that there was such a thing as a Youth Parliament for Wales and that you could stand and be part of it, I knew straight away that I wanted to try. All my friends were supportive and thought it was a good idea, and I thought it would be a fantastic opportunity to try and make a difference to life in Wales. There aren’t many opportunities to do that, and I knew from the start that I wanted to stand. I didn’t expect to win though! I’m very grateful to all those who voted for me, and for the support of family and friends. I’m looking forward now to getting started!”