Plaid Cymru’s Shadow Minister for the Welsh Language and Arfor, and Member of the Senedd for Arfon, Siân Gwenllian, along with Plaid Cymru colleagues has underlined how her party will get to grips with the Second Homes crisis. 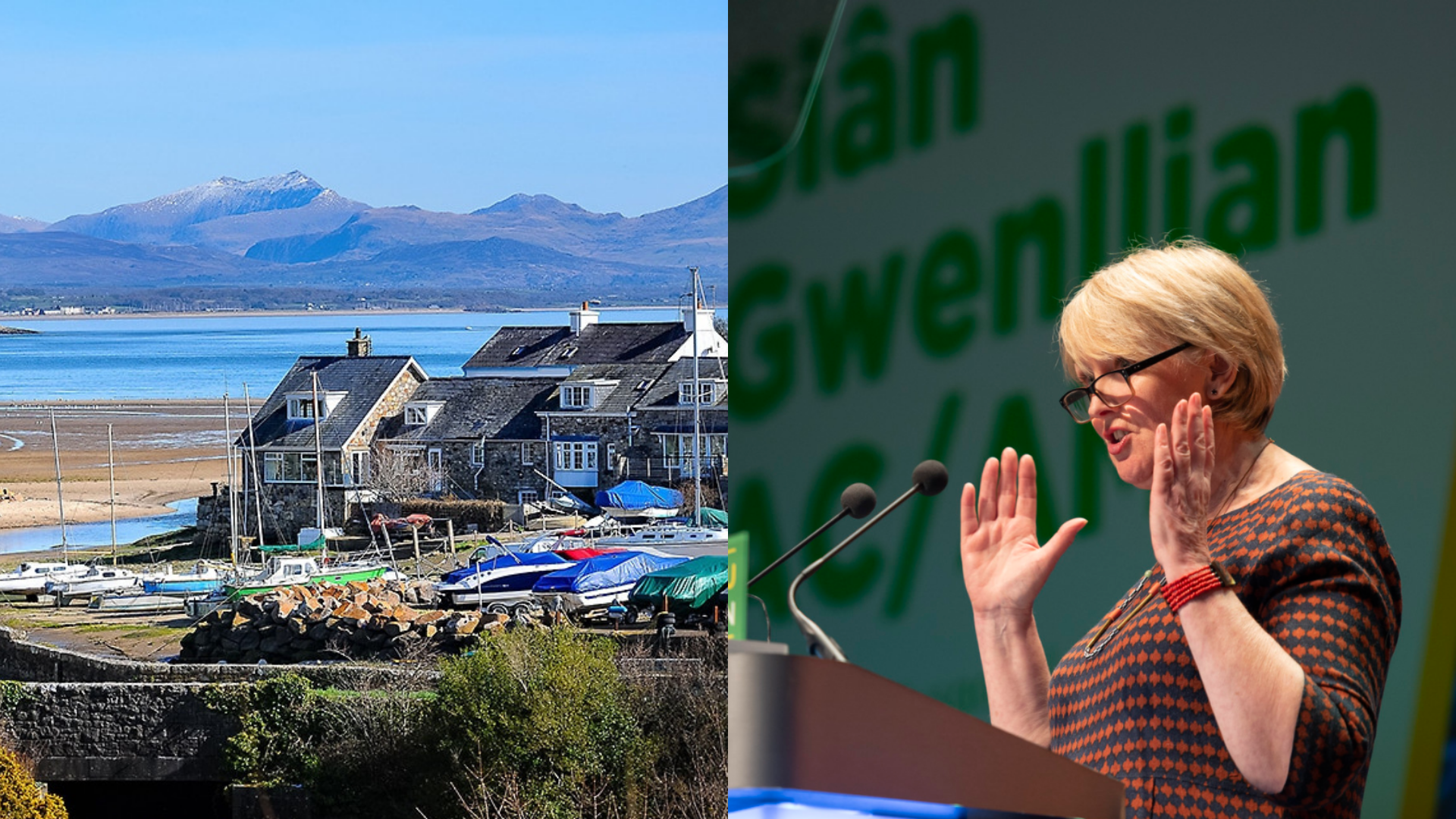 The Member of the Senedd for Arfon, who is seeking re-election in next year’s Senedd elections has dubbed second homes an ‘economic oppression.’

“The time has come to take firm action to protect communities and first-time buyers against the economic oppression of runaway second home purchases.

Last week Plaid Cymru published a 16-page report containing five main recommendations ahead of a debate in the Senedd.

The proposed measures include changing planning laws to allow councils to impose a cap on the number of second homes, allowing councils to charge council tax premiums of up to 200% on second homes and having the Welsh Government bring forward regulations to treble the Land Transaction Tax charge on the purchase of second properties.”

Plaid Cymru’s report, named ‘Rebuilding Our Communities’ was released as the debate on second homes becomes heated, and as 30 campaigners marched from Nefyn to Caernarfon to call for action on second homes.

Siân Gwenllian, who represents Arfon in Gwynedd, a county in which 12% of its housing stock consists of second homes owned by people outside the county also said that Plaid Cymru would

“Close the loophole that allows second homeowners to register their property as “businesses” in order to avoid paying the council tax premium.

Also, a licencing scheme for renting properties through companies such as AirBnB is needed to control the numbers, and we also propose to empower councils to build houses with a local conditions on them, make it easier to bring empty properties back into use and redefine the term ‘affordable home’, which currently includes properties worth over £250,000.”

Plaid Cymru’s report looks to countries such as Canada, Denmark and Ireland for inspiration on tackling the problem, citing ‘the challenges posed by having too many second homes are not confined only to Wales.’ The report also refers to Northumberland and Camden’s efforts.

“The main purpose of devolution was so that we in Wales would have the powers to fix our problems ourselves, but the situation isn’t improving with over a third of homes sold in Gwynedd and Ynys Môn in the last financial year being purchased as second properties.

We can’t go on like this. It’s not fair that people who are living in areas already disadvantaged in terms of a lack of work opportunities have to see their communities slowly being transformed as locals have to move away in order to find a house.

The reports is available to read on Plaid Cymru’s website, should anybody want to learn how Plaid Cymru would meaningfully tackle the Second Homes crisis.”