The Welsh Government could do far more to protect vulnerable people: Sian Gwenllian 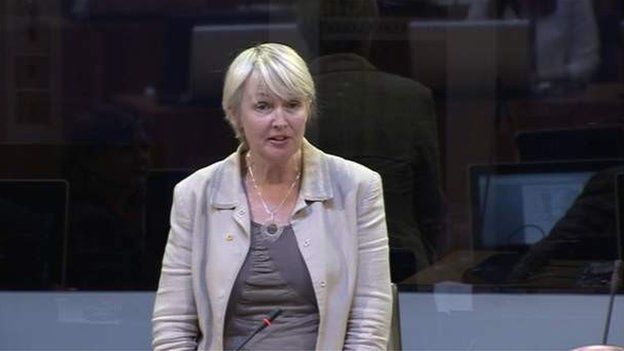 Plaid Cymru Shadow Cabinet Secretary for Equalities Sian Gwenllian has set out a series of actions that the Welsh Government could take in order to protect vulnerable people.

Speaking at a seminar on tackling poverty in Wales, Sian Gwenllian said that the Welsh Government could do far more to protect vulnerable people but that it has chosen not to.

Sian Gwenllian said that there were many powers within the Welsh Government’s gift to mitigate the effects of welfare reform, and called on them to take actions such as mitigating the effects of the Bedroom Tax, continue the Independent Living Fund, and devise a far more effective anti-poverty strategy.

“The Conservative UK Government’s cruel austerity agenda has had a hugely negative effect on Wales. Food bank use has risen by 550%, there has been a tenfold increase in the number of people being sanctioned by the DWP, and 31% of children in Wales are now in poverty.

“But what is infuriating is that there is much more that the Welsh Government could be doing to help the families that have been affected, but it refuses to do so. The Labour government could follow Scotland’s lead and fund the shortfall caused by the Bedroom Tax – which is actually cheaper than the current practice of making people homeless – but it has refused to do so.

“It could take practical action to support families that face poverty, by changing local authority rules and continuing the Independent Living Fund. And it could seek powers over the administration of the welfare system in Wales in order to bring inhumane sanctions and unnecessary payment delays to an end.

“But at the very least it should bring forward a comprehensive anti-poverty strategy that sets out clear targets and responsibilities. The Labour government should be ashamed that it has failed to produce a clear anti-poverty strategy until now despite the fact that almost a third of children in Wales live in poverty.

“We all know that the Conservative UK Government’s welfare reform and austerity policies have had a devastating impact on our communities. But it is unforgivable that the Labour government in Wales has refused to take the practical steps available to it in to reduce the impact on Wales’ vulnerable families and protect them as much as they can. Plaid Cymru will continue to press the government to act for the sake of our communities, and I hope that it will begin to listen.”