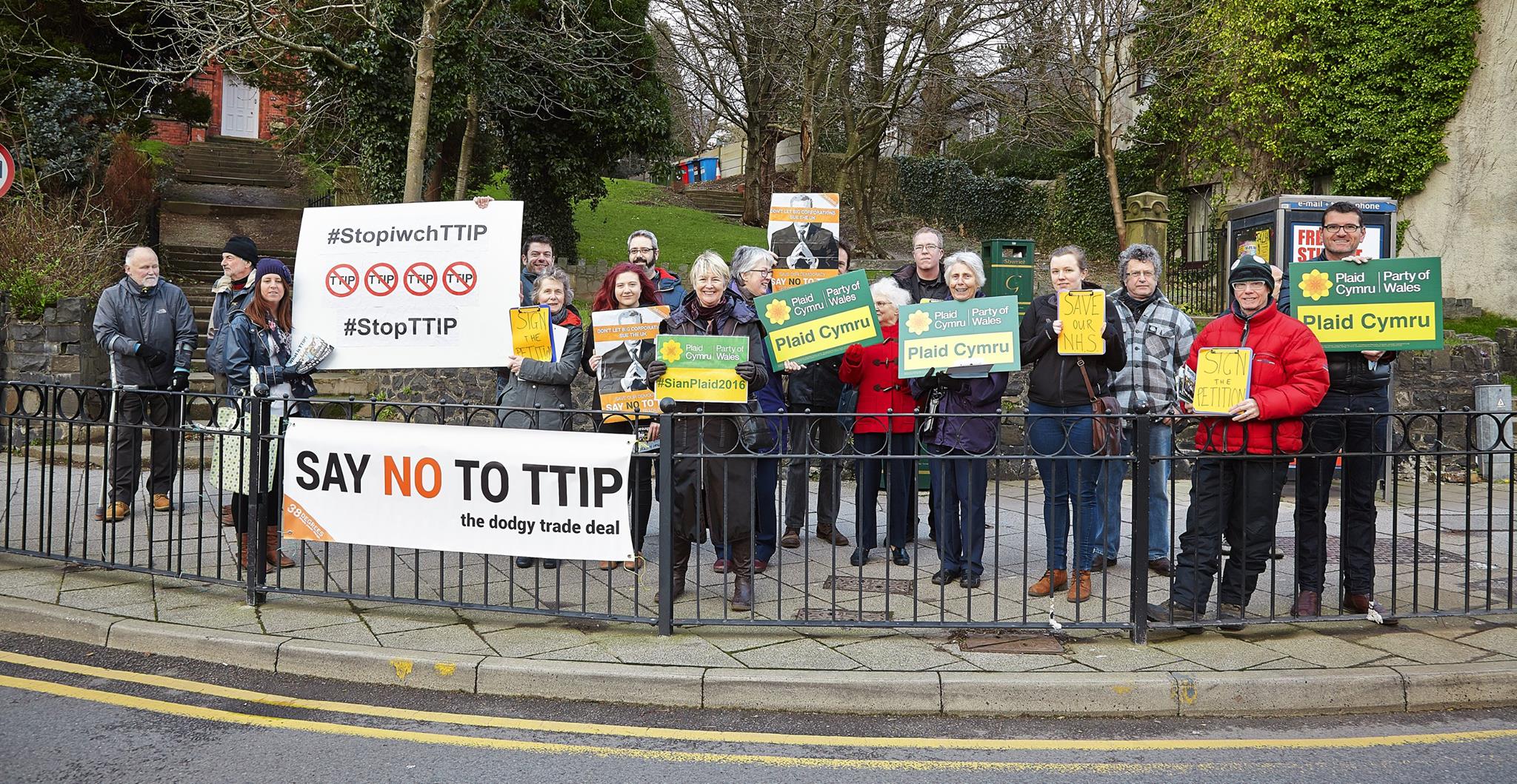 PIC : Day of Action against TTIP at Bangor

A successful Day of Action to oppose the TTIP Trade Deal was held in Bangor on Saturday with around 30 people distributing leaflets and collecting signatures on a petition as part of a Wales-wide day of action. TTIP is currently being negotiated in secret between the US and EU which represents a clear threat to our public services, small and medium sized businesses, as well as our food and environmental safety standards.

Sian Gwenllian, Plaid Cymru Candidate for Arfon in the Welsh Election on May 5, who organised the Bangor protest said:

“I was glad that Bangor was one of the places taking part in the protest against TTIP and help protect our vital local services from privatisation by the back door. I am concerned that this trade deal could be devastating for our communities, providing economic regulations which favour large corporations, and potentially lowering our food standards and environmental protection in the name of an equal playing field for large US companies.”

“The massive public pressure which has been seen throughout Europe so far has been very effective in putting pressure on European governments and political parties, and has helped to raise awareness with millions of people in countries all over Europe. Together we can make a difference, and help protect our public services.”

This protest was one of many organised on Saturday the 30th January throughout Wales as part of Jill Evans MEP’s campaign to oppose the TTIP Trade Deal.

“My top 5 TTIP concerns are:

1. Secret deal: Talks are taking place completely in secret and the papers have only been seen by a select few.

2. Companies can prosecute the Government: Under the deal as it stands, companies whose current or future profits are affected by government policy, will be able to prosecute that government.

3. Lower Standards: In order to trade freely, they say trade barriers must be weakened or removed. The trade barriers they speak of are workers’ rights, environmental protection, food standards, consumer protection.

4. Privatisation: This could mean another attack on the NHS, as well as other services currently provided by the state, but which could be privatised.

5. Loss of culture and language: It’s unclear how willing incoming US companies will be to adhere to our cultural and bilingual standards in Wales.” 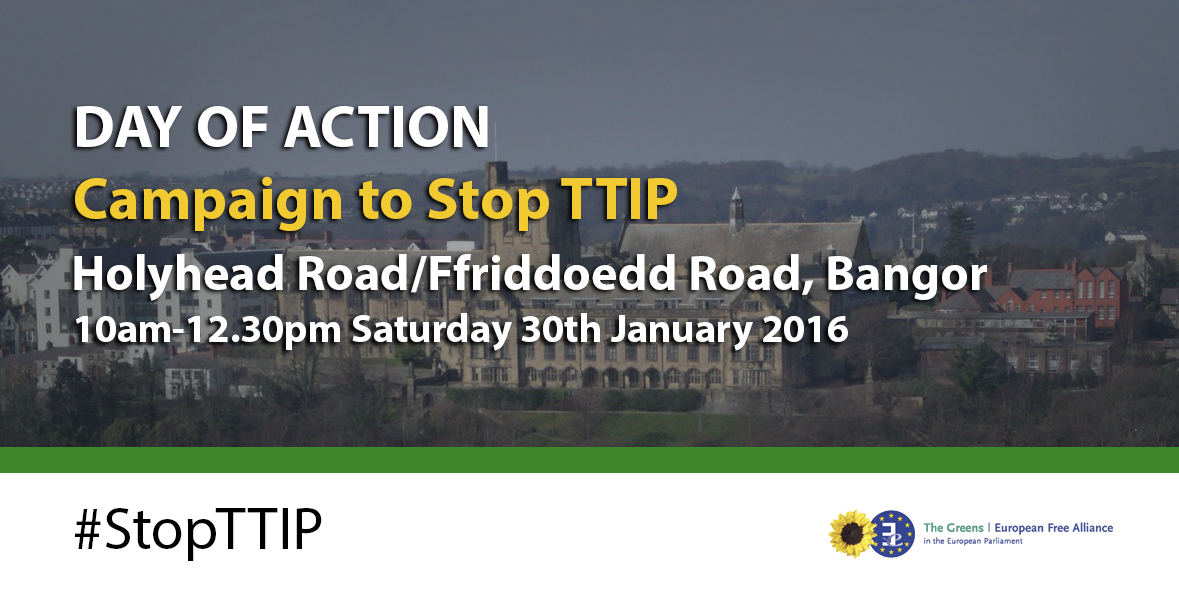