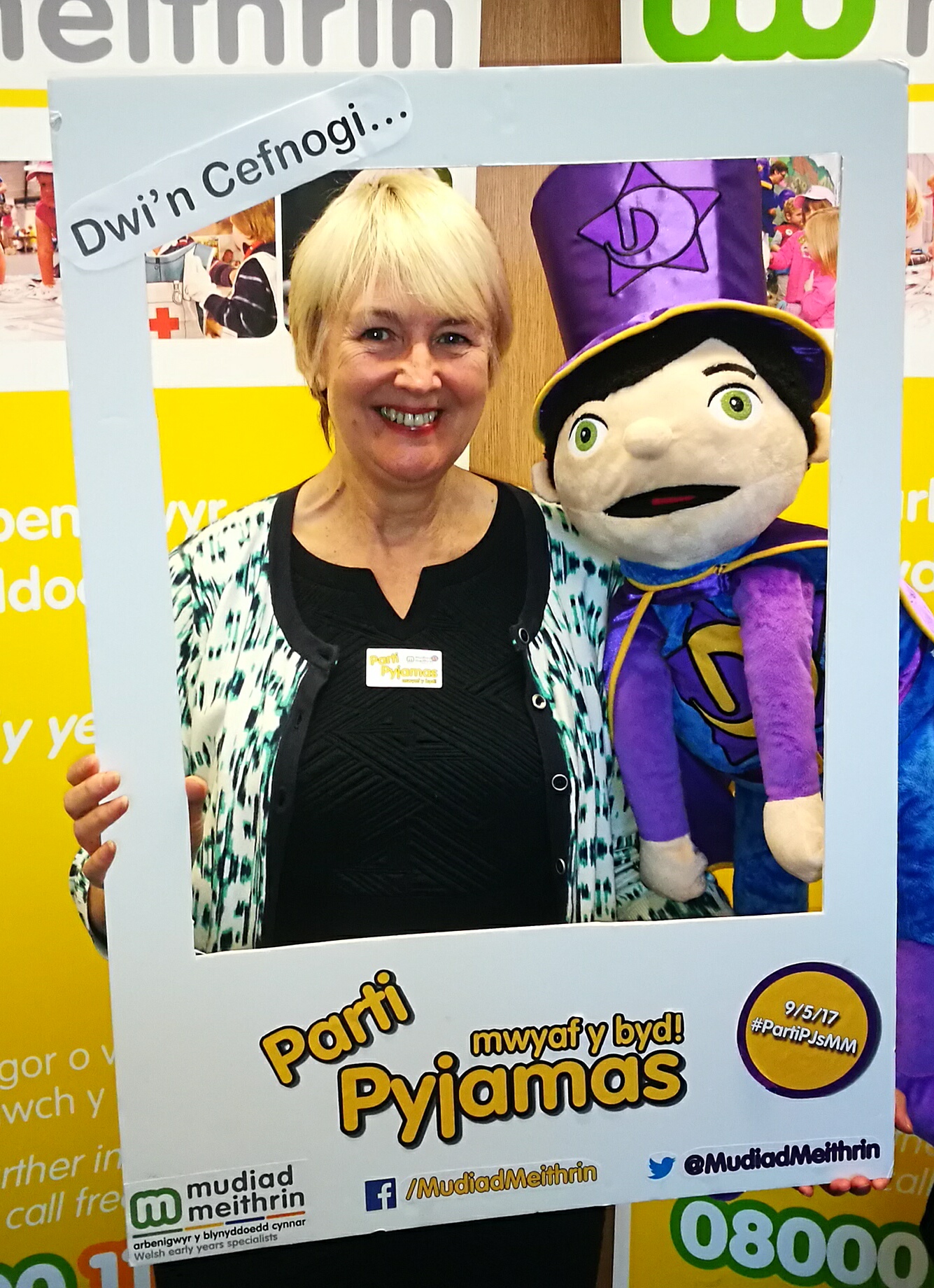 As part of its 45 anniversary celebrations, Mudiad Meithrin will hold a different kind of birthday party on Tuesday, May 9th. Its aim is to break a world record for hosting the "the World's Biggest Pyjama Party"!

"Mudiad Meithrin is looking forward to hosting "The World's Biggest Pyjama Party" as part of our 45th birthday celebrations and we aim to encourage all children and adults who attend our cylchoedd and nurseries to wear a pair of pyjamas on May 9th. This will be a light-hearted way to raise funds for the setting as each child and adult will contribute a £1 each to wear pyjamas on the day (with the proceeds to be kept by the cylch)".

Aykroyds & Sons, in co-operation with the Mudiad, have created a pair of Dewin and Doti pyjamas and nearly all 700 pairs of pyjamas have been sold to the cylchoedd meithrin so that the children can wear them at the pyjama party on 9th May if they wish. (They don't have to wear these special pyjamas to take part – any pyjamas will do!)

“I’m delighted to be able to support Mudiad Meithrin in their attempt to break the world record by organising the Biggest Pyjama Party in the World today. I’m looking forward to hearing if they have been succesful by the end of the day!”

"Although this will be a fun-filled occasion, it should be noted that the party will promote the importance of learning through play, reading to your child and ensuring that your child gets a good night’s sleep."

Anyone can take part in the World's Biggest Pyjama Party thereby helping us to attempt to break the world record on the 9th of May.

Contact post@meithrin.cymru to inform us how many people took part at your location by 2.00pm.