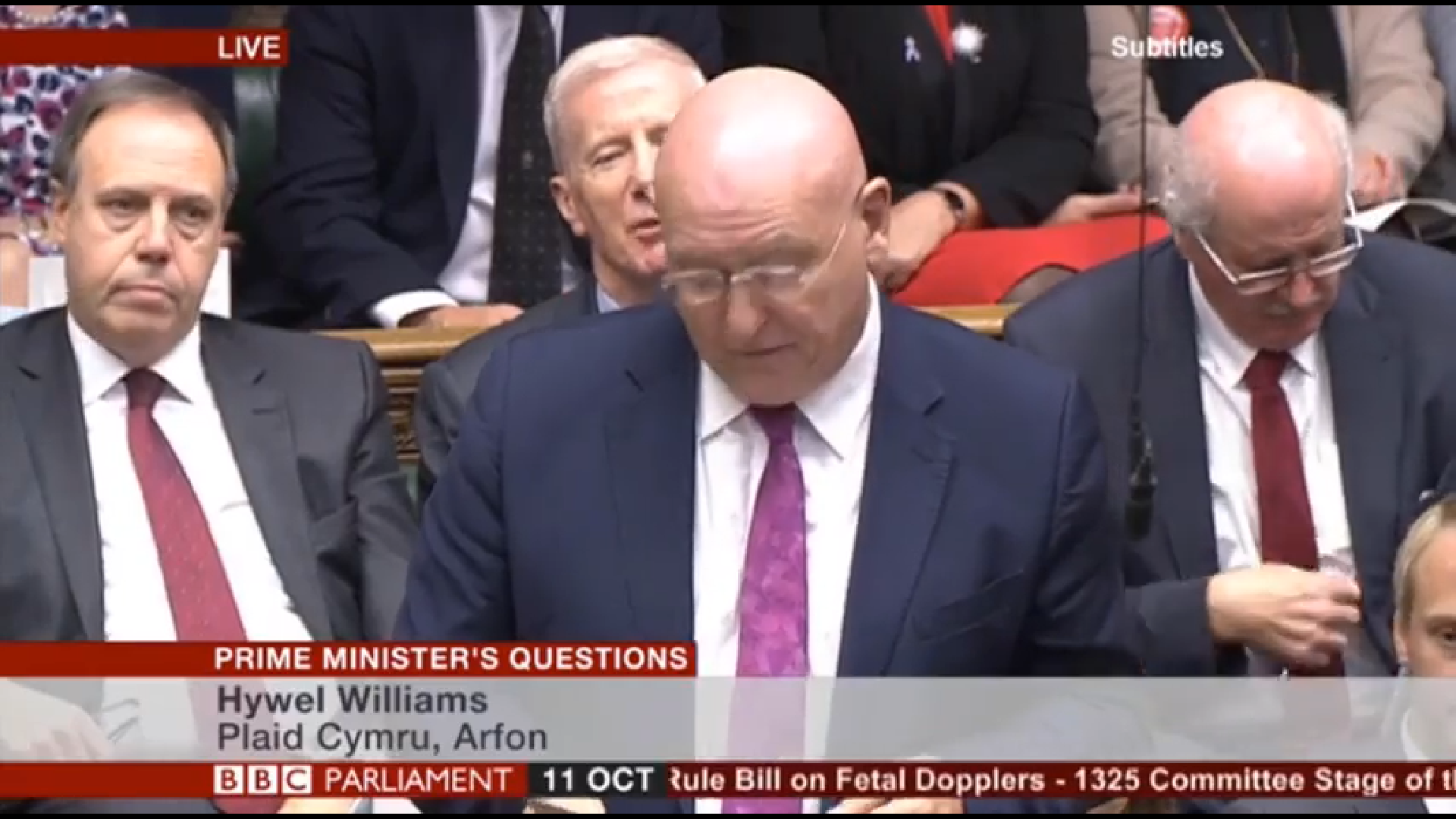 Concerns about the future of the world-leading emergency and inpatient vascular service at Ysbyty Gwynedd, Bangor and the spiralling effect downgrading the service could have on other health provisions at the hospital was today raised at Prime Minister’s Questions by Plaid Cymru Arfon MP Hywel Williams.

Speculation has been rife about the future of the renowned vascular unit at Ysbyty Gwynedd ever since Betsi Cadwaladr University Health Board approved plans for a new £2.76 million operating theatre at Ysbyty Glan Clwyd, as the health board moves to centralise vascular services across north Wales.

‘Ysbyty Gwynedd in my constituency provides vital vascular services to the local community, with an international reputation for the excellence of its results.’

‘Does the Prime Minister share my concern that, due to the Cardiff Government's failings on health, patients are having to travel further afield, even moving to England, just to access proven treatment?’