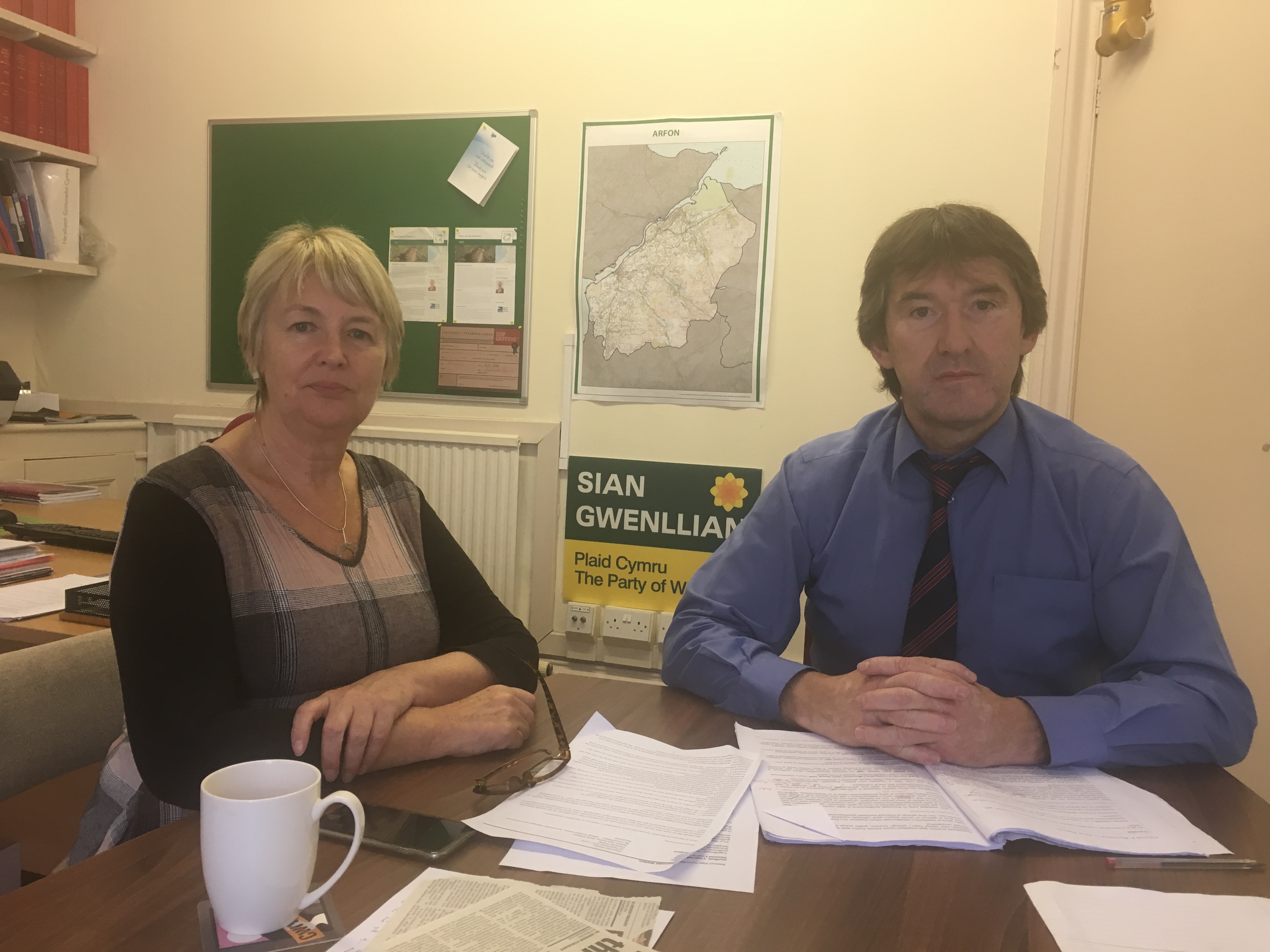 Concerns regarding the Welsh Government’s ‘Taking Forward Wales Sustainable Management of Natural Resources’ consultation were the focus of recent discussions between Farmers’ Union of Wales County Executive Officer Gwynedd Watkin and Arfon AM Sian Gwenllian, who is also a member of the Climate Change, Environment and Rural Affairs Committee.

The consultation, which closed at the end of last month, covered a diverse range of areas including public access to land and waterways, water abstraction, agriculture and forestry - to name just some.

Specific proposals including allowing mountain bikes on all public footpaths, allowing people to camp and play games wherever they want on open access land, and allowing canoeists to access waterways used for fishing.

“While the consultation period may have come to an end, it’s nature and scope, and the proposals it put forward continues to be a major concern for a broad range of interested parties,” said Gwynedd Watkin.

“As well as receiving calls from members, the FUW has been contacted by concerned ramblers, fishermen, foresters and campsite owners, as well as local authority representatives, all of whom are up in arms about the proposals,” he added.

In its response to the consultation, the FUW rejected the overwhelming majority of the proposals, while expressing major concerns at the lack of evidence or impact assessments in relation to what would in many cases represent sweeping changes with far-reaching repercussions.

Speaking after the meeting, Sian Gwenllian said: “I was glad to discuss aspects of the Welsh Government’s consultation the FUW.
“Plaid Cymru’s priority for access to the countryside is to make better use of the quarter of our country that is already designated as open land and to encourage greater use of the current footpath and bridleway network,” she added.

Gwynedd Watkin said the FUW would continue to raise concerns regarding the consultation, and hoped that it would not set a precedent for future consultations.

“As we pointed out in our response, the unprecedented nature of the consultation document in terms of its range, timing, size, ambiguity and lack of evidence and regulatory impact assessments undermines the democratic purpose of public consultation.”